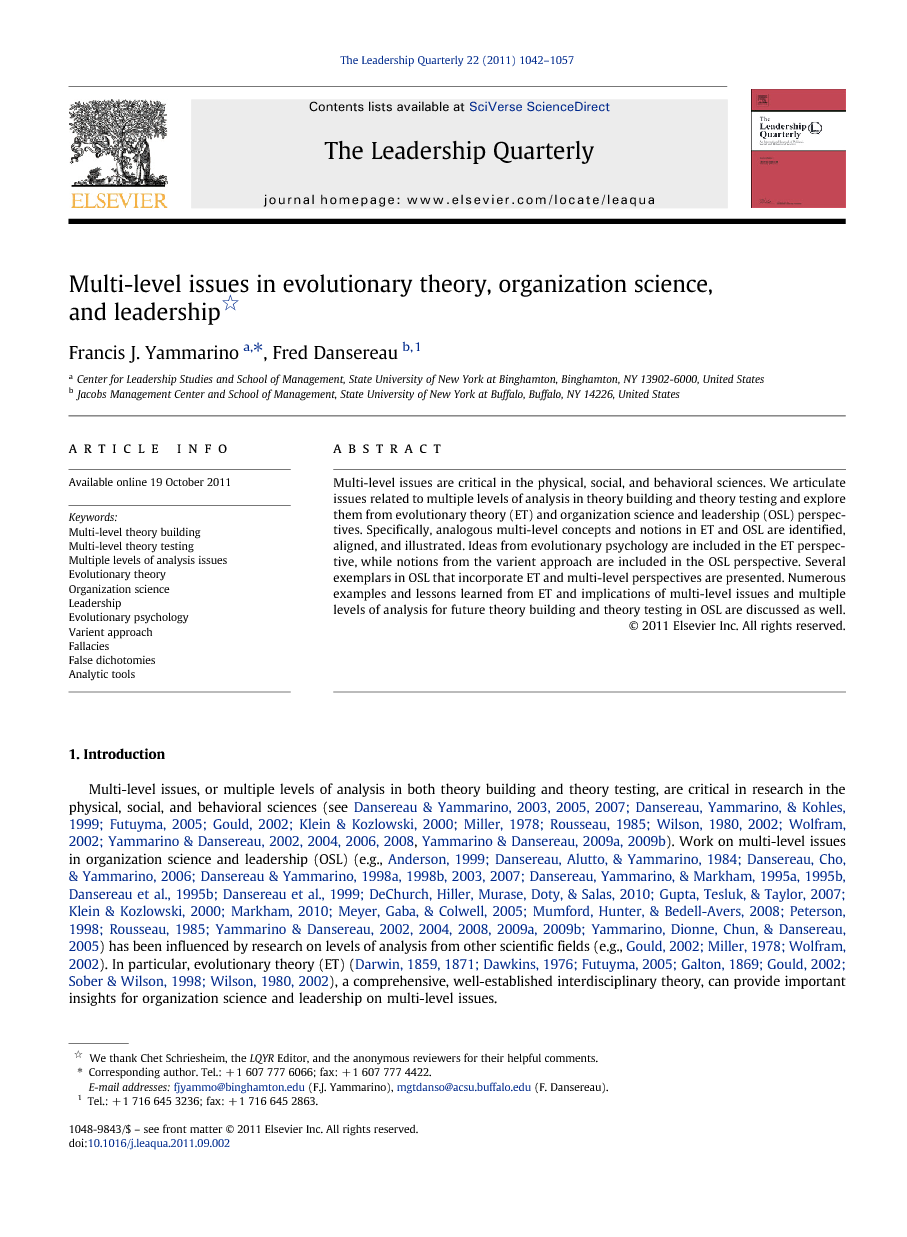 Multi-level issues are critical in the physical, social, and behavioral sciences. We articulate issues related to multiple levels of analysis in theory building and theory testing and explore them from evolutionary theory (ET) and organization science and leadership (OSL) perspectives. Specifically, analogous multi-level concepts and notions in ET and OSL are identified, aligned, and illustrated. Ideas from evolutionary psychology are included in the ET perspective, while notions from the varient approach are included in the OSL perspective. Several exemplars in OSL that incorporate ET and multi-level perspectives are presented. Numerous examples and lessons learned from ET and implications of multi-level issues and multiple levels of analysis for future theory building and theory testing in OSL are discussed as well.