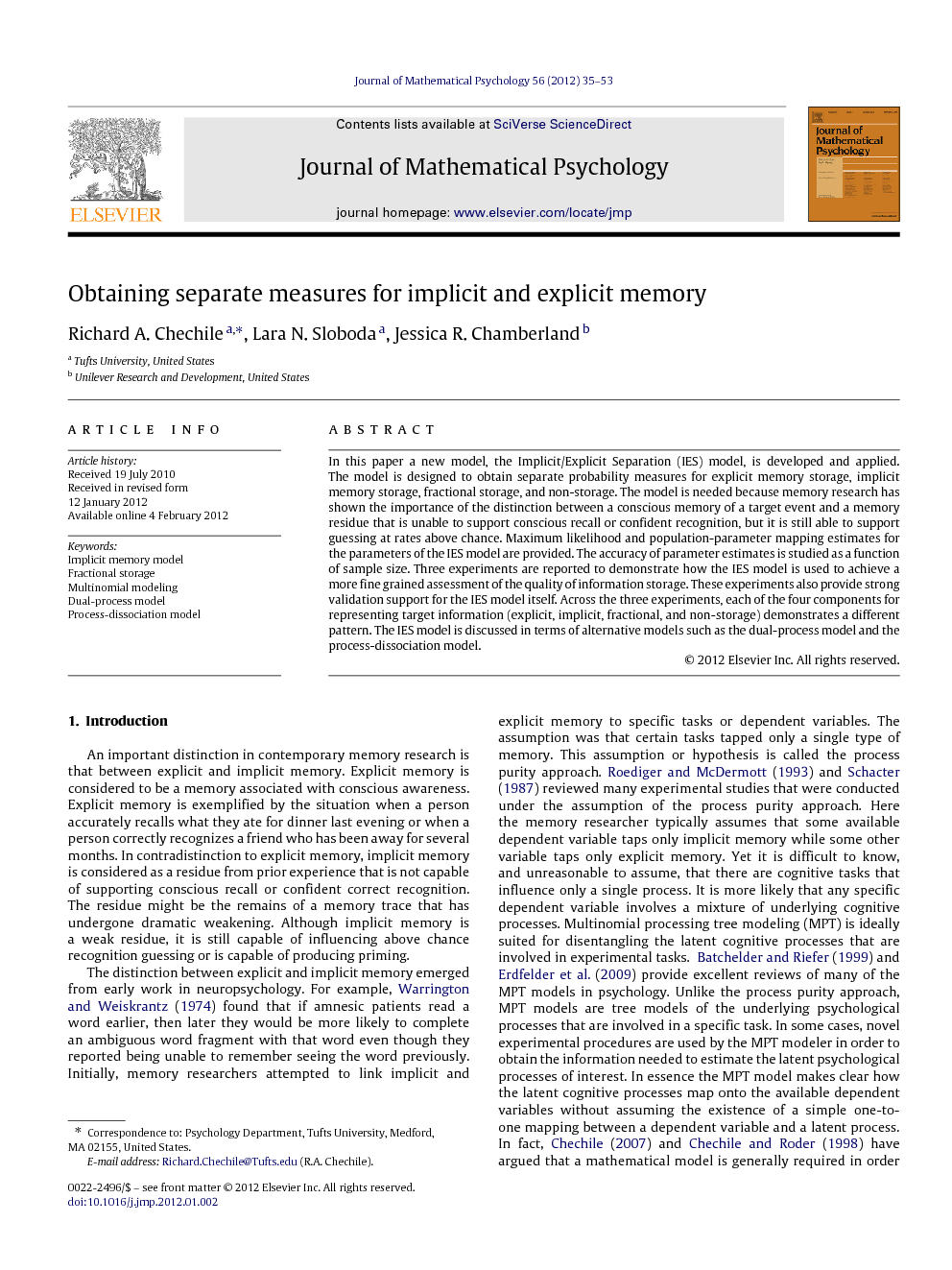 In this paper a new model, the Implicit/Explicit Separation (IES) model, is developed and applied. The model is designed to obtain separate probability measures for explicit memory storage, implicit memory storage, fractional storage, and non-storage. The model is needed because memory research has shown the importance of the distinction between a conscious memory of a target event and a memory residue that is unable to support conscious recall or confident recognition, but it is still able to support guessing at rates above chance. Maximum likelihood and population-parameter mapping estimates for the parameters of the IES model are provided. The accuracy of parameter estimates is studied as a function of sample size. Three experiments are reported to demonstrate how the IES model is used to achieve a more fine grained assessment of the quality of information storage. These experiments also provide strong validation support for the IES model itself. Across the three experiments, each of the four components for representing target information (explicit, implicit, fractional, and non-storage) demonstrates a different pattern. The IES model is discussed in terms of alternative models such as the dual-process model and the process-dissociation model.