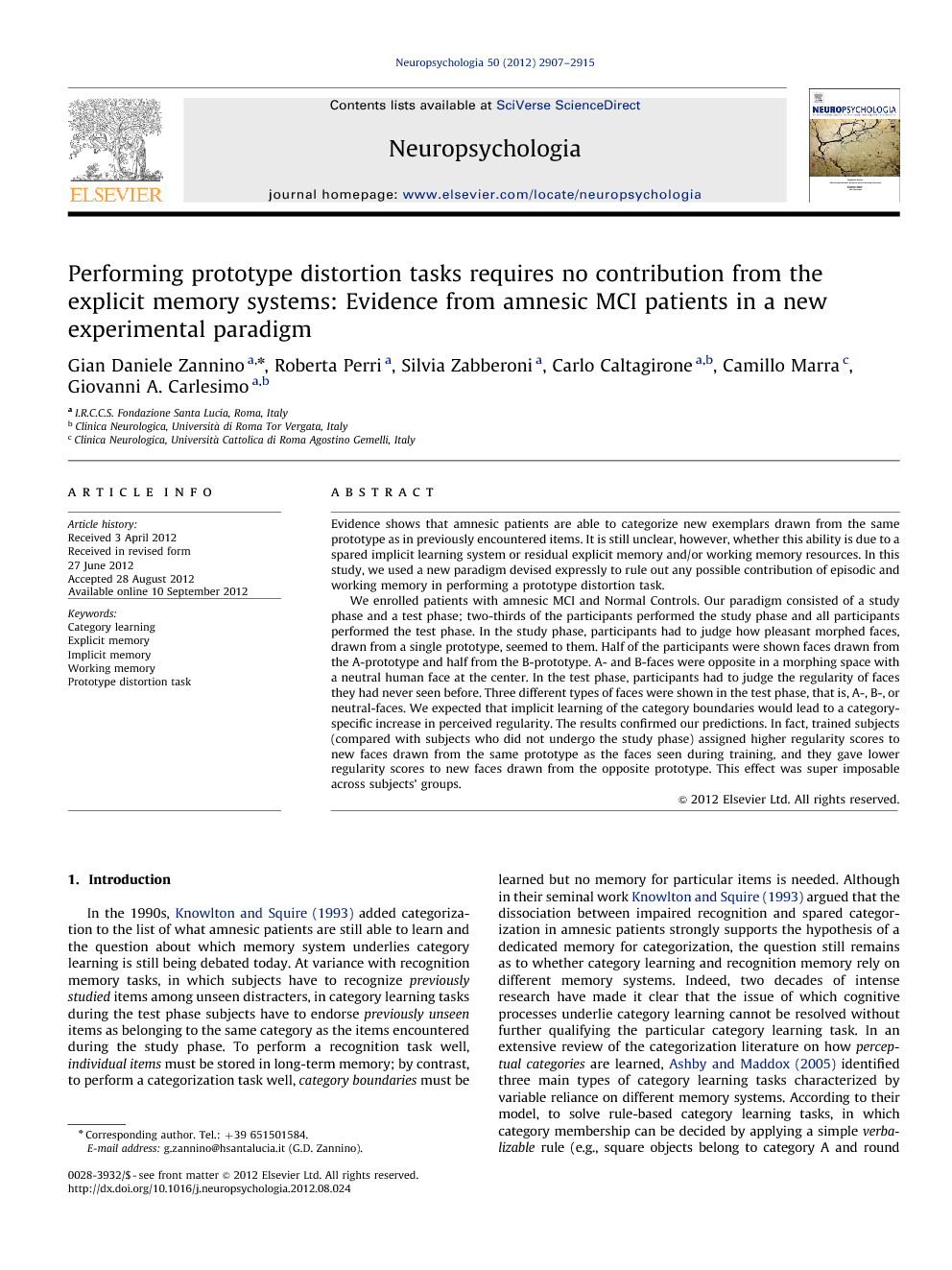 Evidence shows that amnesic patients are able to categorize new exemplars drawn from the same prototype as in previously encountered items. It is still unclear, however, whether this ability is due to a spared implicit learning system or residual explicit memory and/or working memory resources. In this study, we used a new paradigm devised expressly to rule out any possible contribution of episodic and working memory in performing a prototype distortion task. We enrolled patients with amnesic MCI and Normal Controls. Our paradigm consisted of a study phase and a test phase; two-thirds of the participants performed the study phase and all participants performed the test phase. In the study phase, participants had to judge how pleasant morphed faces, drawn from a single prototype, seemed to them. Half of the participants were shown faces drawn from the A-prototype and half from the B-prototype. A- and B-faces were opposite in a morphing space with a neutral human face at the center. In the test phase, participants had to judge the regularity of faces they had never seen before. Three different types of faces were shown in the test phase, that is, A-, B-, or neutral-faces. We expected that implicit learning of the category boundaries would lead to a category-specific increase in perceived regularity. The results confirmed our predictions. In fact, trained subjects (compared with subjects who did not undergo the study phase) assigned higher regularity scores to new faces drawn from the same prototype as the faces seen during training, and they gave lower regularity scores to new faces drawn from the opposite prototype. This effect was super imposable across subjects' groups