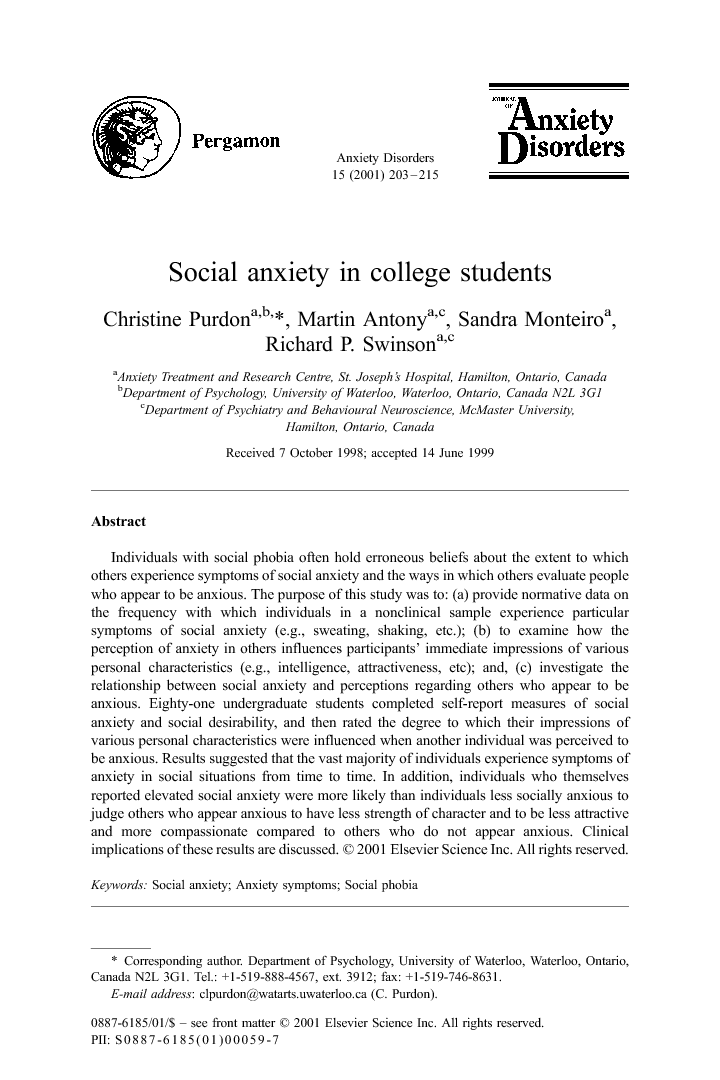 Individuals with social phobia often hold erroneous beliefs about the extent to which others experience symptoms of social anxiety and the ways in which others evaluate people who appear to be anxious. The purpose of this study was to: (a) provide normative data on the frequency with which individuals in a nonclinical sample experience particular symptoms of social anxiety (e.g., sweating, shaking, etc.); (b) to examine how the perception of anxiety in others influences participants' immediate impressions of various personal characteristics (e.g., intelligence, attractiveness, etc); and, (c) investigate the relationship between social anxiety and perceptions regarding others who appear to be anxious. Eighty-one undergraduate students completed self-report measures of social anxiety and social desirability, and then rated the degree to which their impressions of various personal characteristics were influenced when another individual was perceived to be anxious. Results suggested that the vast majority of individuals experience symptoms of anxiety in social situations from time to time. In addition, individuals who themselves reported elevated social anxiety were more likely than individuals less socially anxious to judge others who appear anxious to have less strength of character and to be less attractive and more compassionate compared to others who do not appear anxious. Clinical implications of these results are discussed.