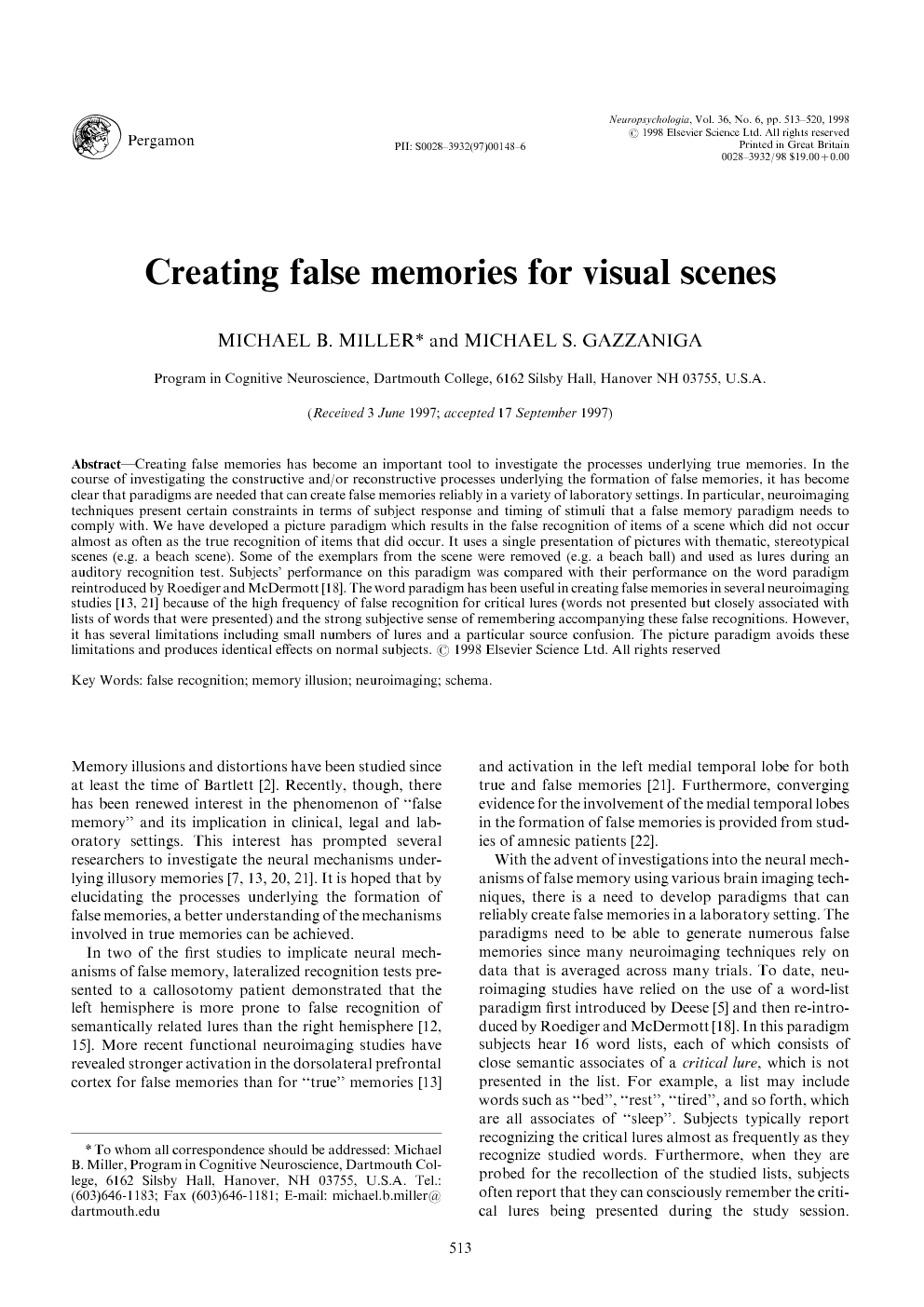 Creating false memories has become an important tool to investigate the processes underlying true memories. In the course of investigating the constructive and\or reconstructive processes underlying the formation of false memories, it has become clear that paradigms are needed that can create false memories reliably in a variety of laboratory settings. In particular, neuroimaging techniques present certain constraints in terms of subject response and timing of stimuli that a false memory paradigm needs to comply with. We have developed a picture paradigm which results in the false recognition of items of a scene which did not occur almost as often as the true recognition of items that did occur. It uses a single presentation of pictures with thematic, stereotypical scenes (e.g. a beach scene). Some of the exemplars from the scene were removed (e.g. a beach ball) and used as lures during an auditory recognition test. Subjects’ performance on this paradigm was compared with their performance on the word paradigm reintroduced by Roediger and McDermott [18]. The word paradigm has been useful in creating false memories in several neuroimaging studies 13 and 21 because of the high frequency of false recognition for critical lures (words not presented but closely associated with lists of words that were presented) and the strong subjective sense of remembering accompanying these false recognitions. However, it has several limitations including small numbers of lures and a particular source confusion. The picture paradigm avoids these limitations and produces identical effects on normal subjects.