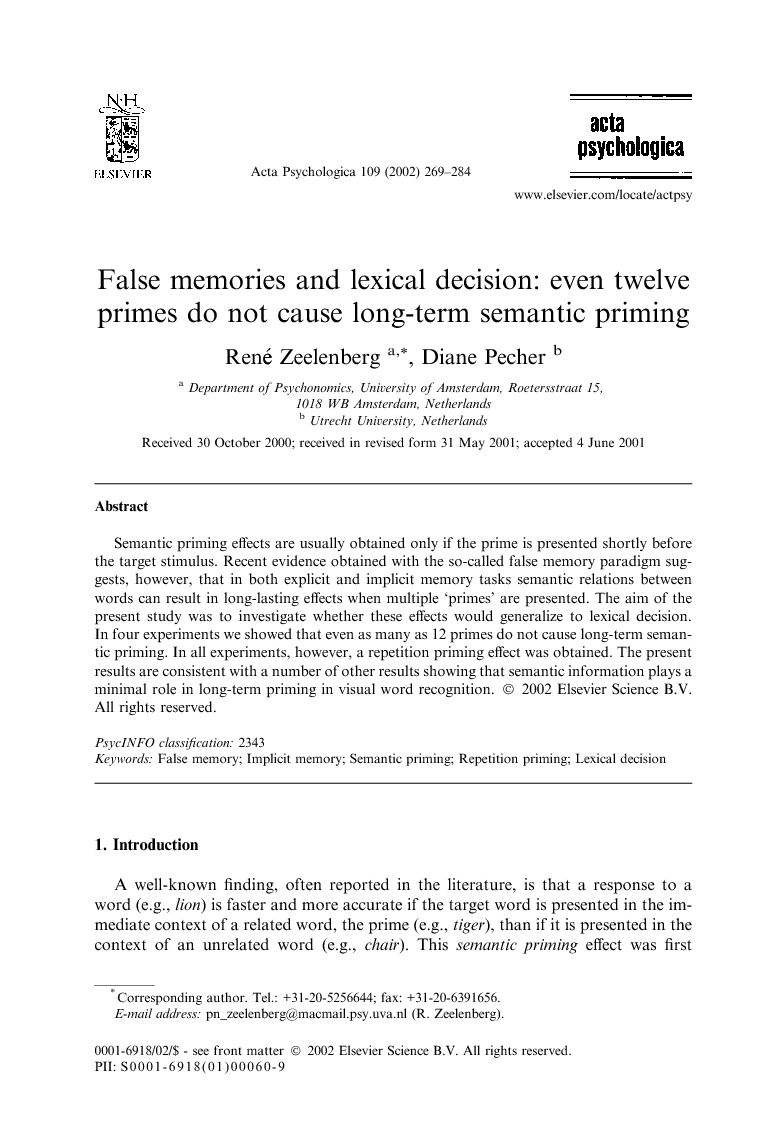 Semantic priming effects are usually obtained only if the prime is presented shortly before the target stimulus. Recent evidence obtained with the so-called false memory paradigm suggests, however, that in both explicit and implicit memory tasks semantic relations between words can result in long-lasting effects when multiple `primes' are presented. The aim of the present study was to investigate whether these effects would generalize to lexical decision. In four experiments we showed that even as many as 12 primes do not cause long-term semantic priming. In all experiments, however, a repetition priming effect was obtained. The present results are consistent with a number of other results showing that semantic information plays a minimal role in long-term priming in visual word recognition.