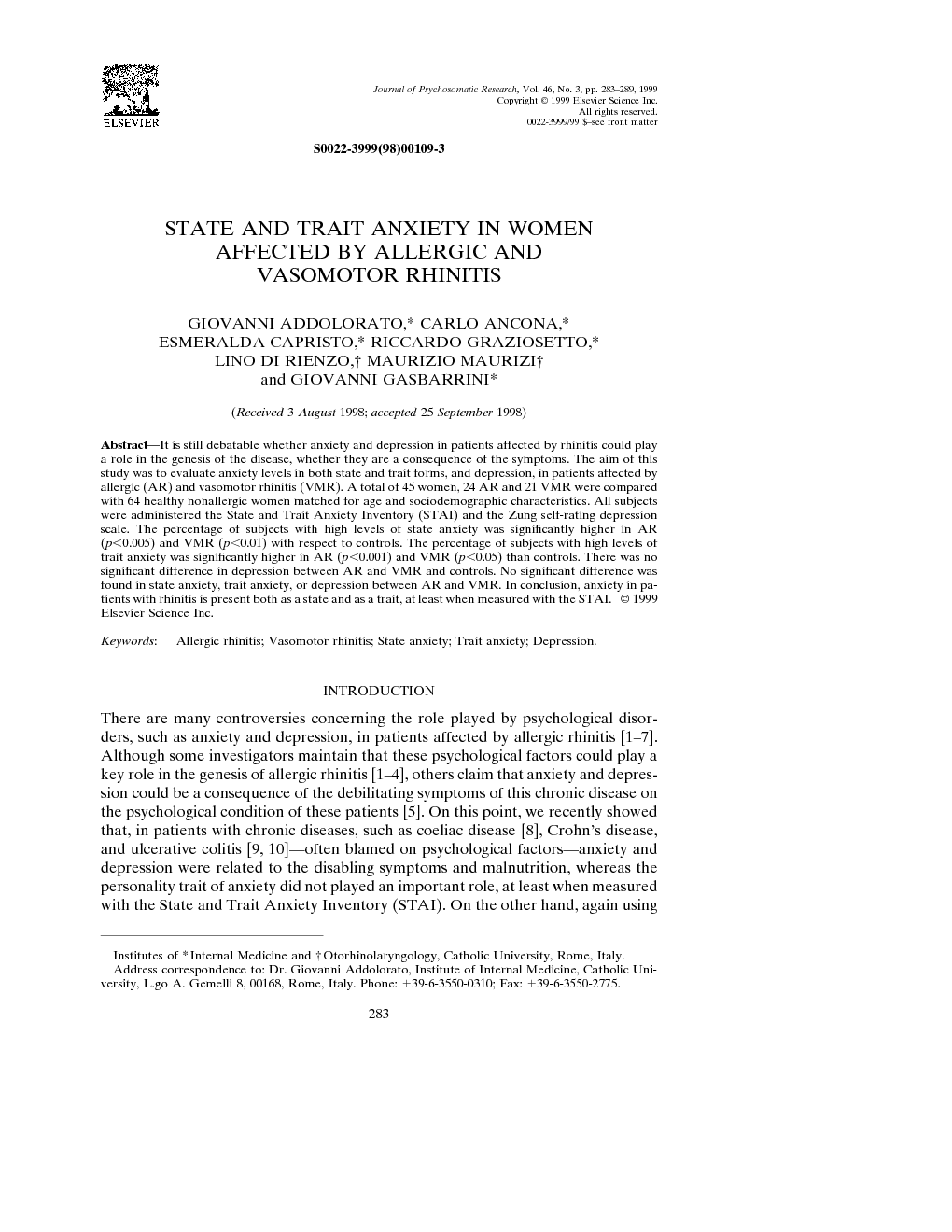 There are many controversies concerning the role played by psychological disorders, such as anxiety and depression, in patients affected by allergic rhinitis 1, 2, 3, 4, 5, 6 and 7. Although some investigators maintain that these psychological factors could play a key role in the genesis of allergic rhinitis 1, 2, 3 and 4, others claim that anxiety and depression could be a consequence of the debilitating symptoms of this chronic disease on the psychological condition of these patients [5]. On this point, we recently showed that, in patients with chronic diseases, such as coeliac disease [8], Crohn’s disease, and ulcerative colitis 9 and 10—often blamed on psychological factors—anxiety and depression were related to the disabling symptoms and malnutrition, whereas the personality trait of anxiety did not played an important role, at least when measured with the State and Trait Anxiety Inventory (STAI). On the other hand, again using the STAI test, we recently found that patients with food allergy showed levels of state anxiety, trait anxiety, and depression very similar to those of patients with irritable bowel syndrome, in which the importance of psychosomatic factors is well known 11 and 12. In this connection there are presently no studies on patients affected by allergic rhinitis who have utilized validated psychometric instruments able to distinguish state and trait forms of anxiety. Moreover there is a form of rhinitis, vasomotor rhinitis, with similar symptomatology, reduction in quality of life, and final pathogenetic mechanisms of allergic form, in which the etiology is still unknown 13 and 14, but in these patients also there are no studies investigating the role of anxiety and depression. The aim of this study, therefore, was to evaluate state and trait anxiety and depression in patients affected by allergic (AR) and vasomotor rhinitis (VMR), both compared with a group of healthy volunteers.