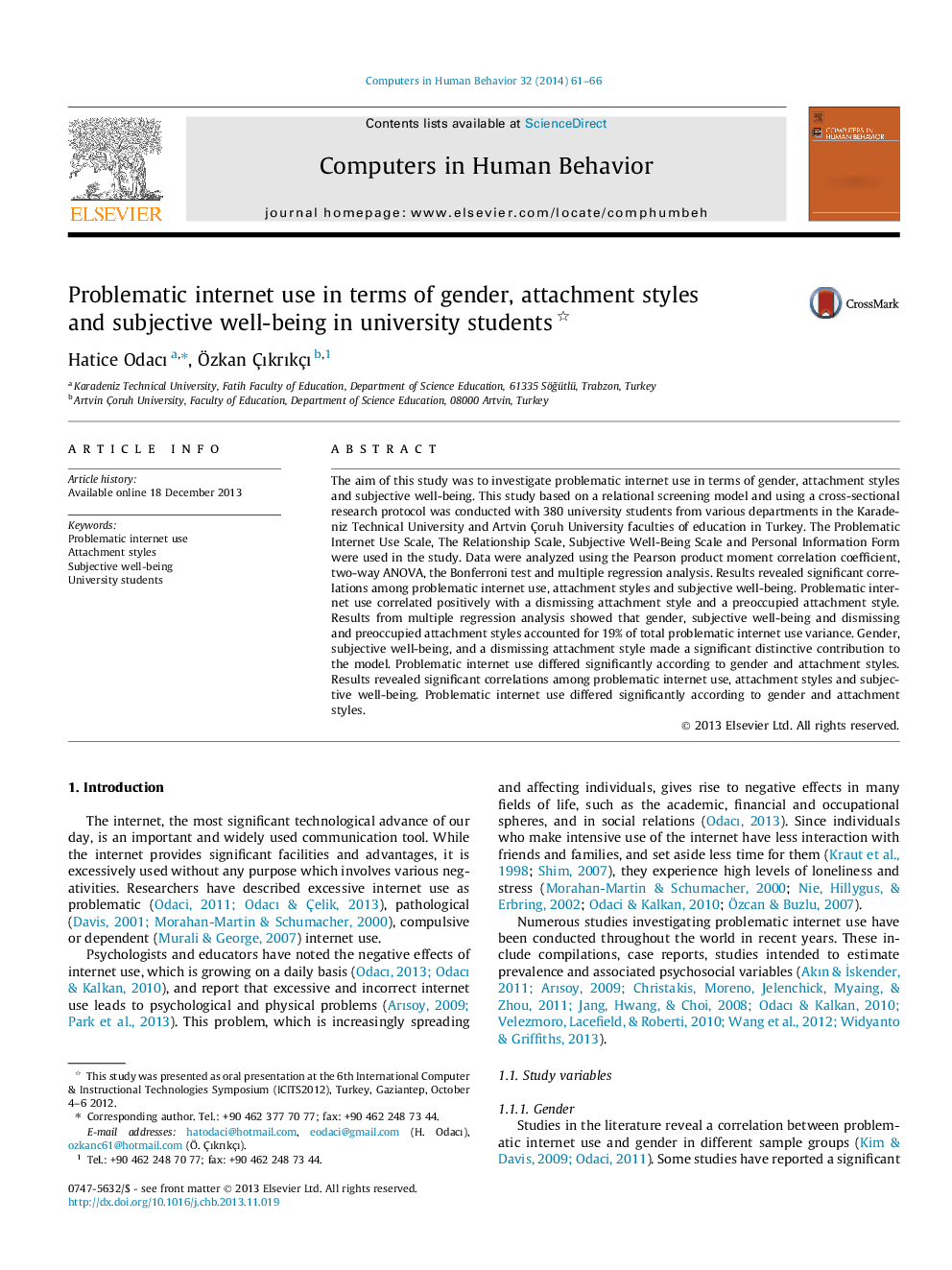 Conclusion This study provides new evidence that problematic internet use varies according to sex and attachment styles and has an effect on subjective well-being. Repetition of our findings with new studies and wider sampling groups will be important in terms of generalizing our findings. It has been noted that the study group consisting solely of university students, and the findings being obtained by means of self-report scales and not supported by data collection techniques such as observation and interview represent limitations to the study. Future studies using different sample groups and research designs may also contribute to the evaluation of problematic internet use. Some studies in the literature support the idea that healthy parent–child communication is a protective factor against problematic internet use in adolescence (Kim and Kim, 2003 and Nam, 2002). On the basis of our results, considering the negative correlation between a secure attachment style and problematic internet use, it would seem important for psychological counseling and guidance to be arranged aimed at expectant parents to support individuals’ development of a secure attachment style.