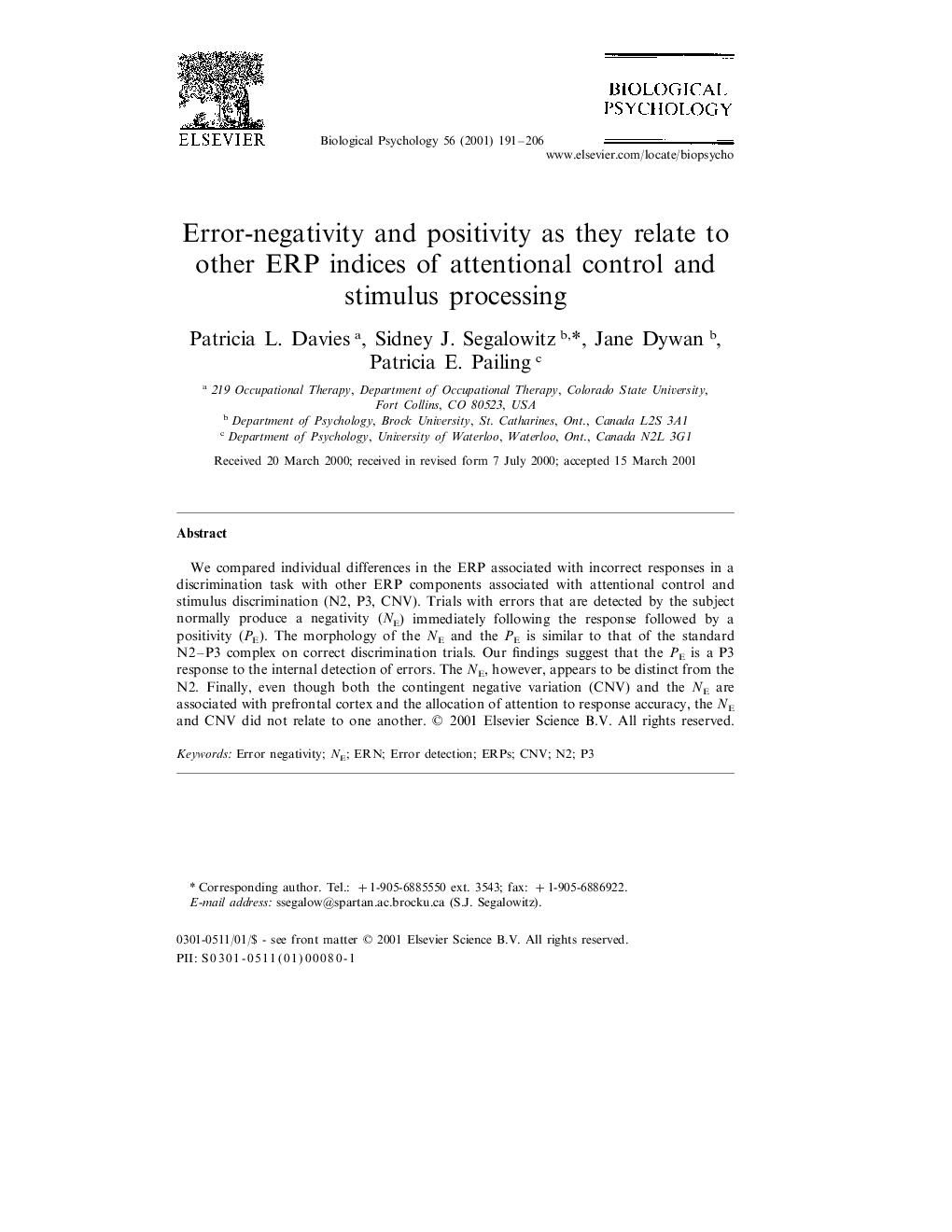 Abstract We compared individual differences in the ERP associated with incorrect responses in a discrimination task with other ERP components associated with attentional control and stimulus discrimination (N2, P3, CNV). Trials with errors that are detected by the subject normally produce a negativity (NE) immediately following the response followed by a positivity (PE). The morphology of the NE and the PE is similar to that of the standard N2–P3 complex on correct discrimination trials. Our findings suggest that the PE is a P3 response to the internal detection of errors. The NE, however, appears to be distinct from the N2. Finally, even though both the contingent negative variation (CNV) and the NE are associated with prefrontal cortex and the allocation of attention to response accuracy, the NE and CNV did not relate to one another.