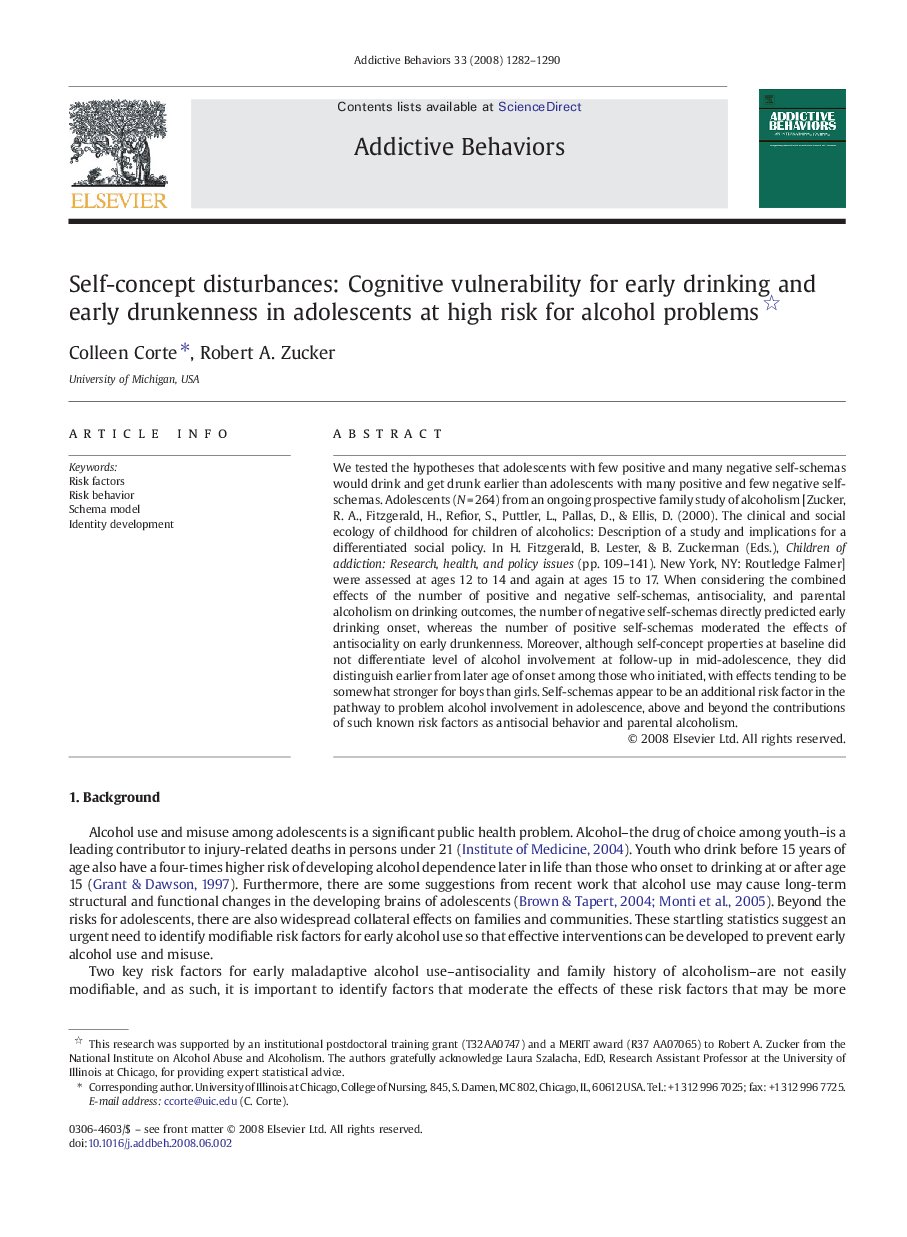 We tested the hypotheses that adolescents with few positive and many negative self-schemas would drink and get drunk earlier than adolescents with many positive and few negative self-schemas. Adolescents (N = 264) from an ongoing prospective family study of alcoholism [Zucker, R. A., Fitzgerald, H., Refior, S., Puttler, L., Pallas, D., Ellis, D. (2000). The clinical and social ecology of childhood for children of alcoholics: Description of a study and implications for a differentiated social policy. In H. Fitzgerald, B. Lester, B. Zuckerman (Eds.), Children of addiction: Research, health, and policy issues (pp. 109–141). New York, NY: Routledge Falmer] were assessed at ages 12 to 14 and again at ages 15 to 17. When considering the combined effects of the number of positive and negative self-schemas, antisociality, and parental alcoholism on drinking outcomes, the number of negative self-schemas directly predicted early drinking onset, whereas the number of positive self-schemas moderated the effects of antisociality on early drunkenness. Moreover, although self-concept properties at baseline did not differentiate level of alcohol involvement at follow-up in mid-adolescence, they did distinguish earlier from later age of onset among those who initiated, with effects tending to be somewhat stronger for boys than girls. Self-schemas appear to be an additional risk factor in the pathway to problem alcohol involvement in adolescence, above and beyond the contributions of such known risk factors as antisocial behavior and parental alcoholism.