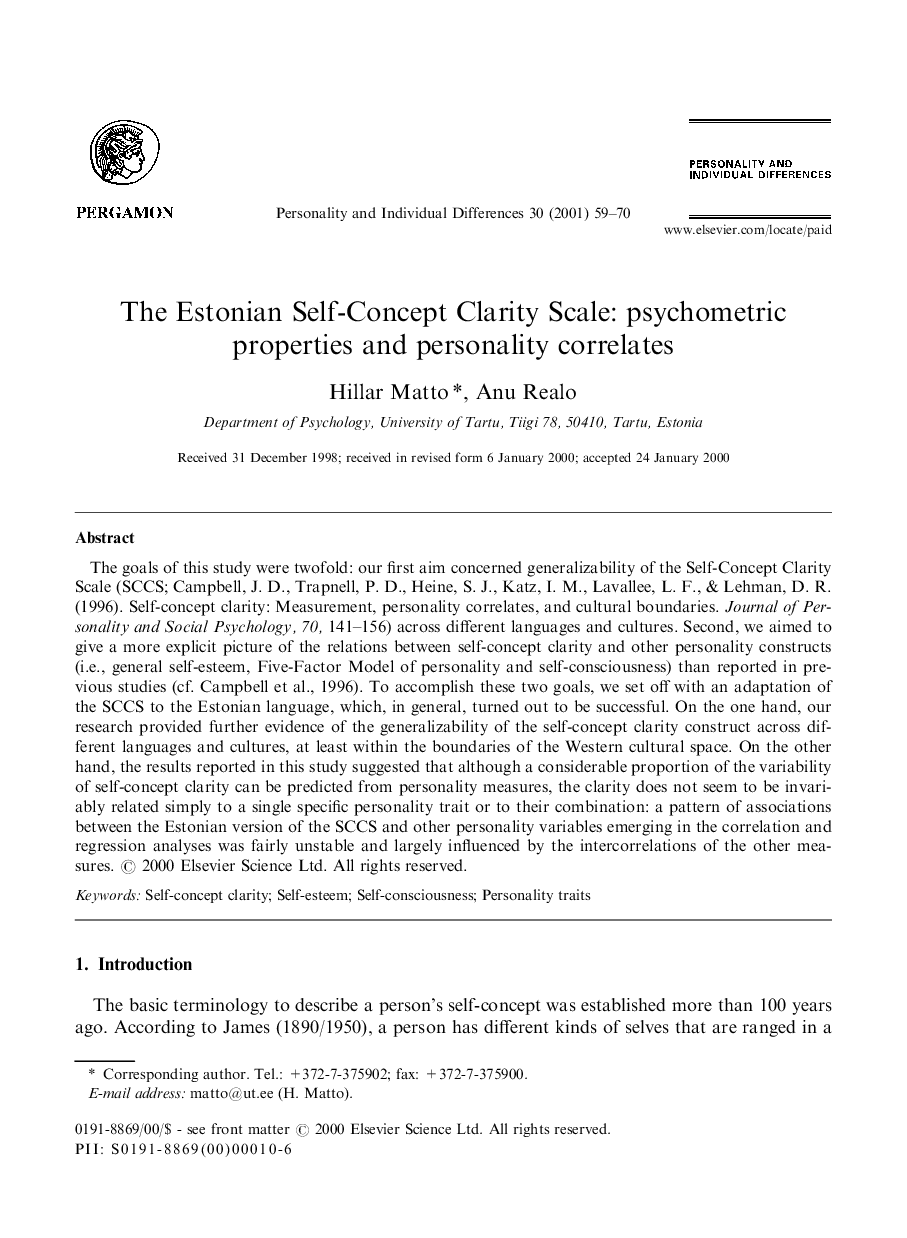 The goals of this study were twofold: our first aim concerned generalizability of the Self-Concept Clarity Scale (SCCS; Campbell, J. D., Trapnell, P. D., Heine, S. J., Katz, I. M., Lavallee, L. F., & Lehman, D. R. (1996). Self-concept clarity: Measurement, personality correlates, and cultural boundaries. Journal of Personality and Social Psychology, 70, 141–156) across different languages and cultures. Second, we aimed to give a more explicit picture of the relations between self-concept clarity and other personality constructs (i.e., general self-esteem, Five-Factor Model of personality and self-consciousness) than reported in previous studies (cf. Campbell et al., 1996). To accomplish these two goals, we set off with an adaptation of the SCCS to the Estonian language, which, in general, turned out to be successful. On the one hand, our research provided further evidence of the generalizability of the self-concept clarity construct across different languages and cultures, at least within the boundaries of the Western cultural space. On the other hand, the results reported in this study suggested that although a considerable proportion of the variability of self-concept clarity can be predicted from personality measures, the clarity does not seem to be invariably related simply to a single specific personality trait or to their combination: a pattern of associations between the Estonian version of the SCCS and other personality variables emerging in the correlation and regression analyses was fairly unstable and largely influenced by the intercorrelations of the other measures.