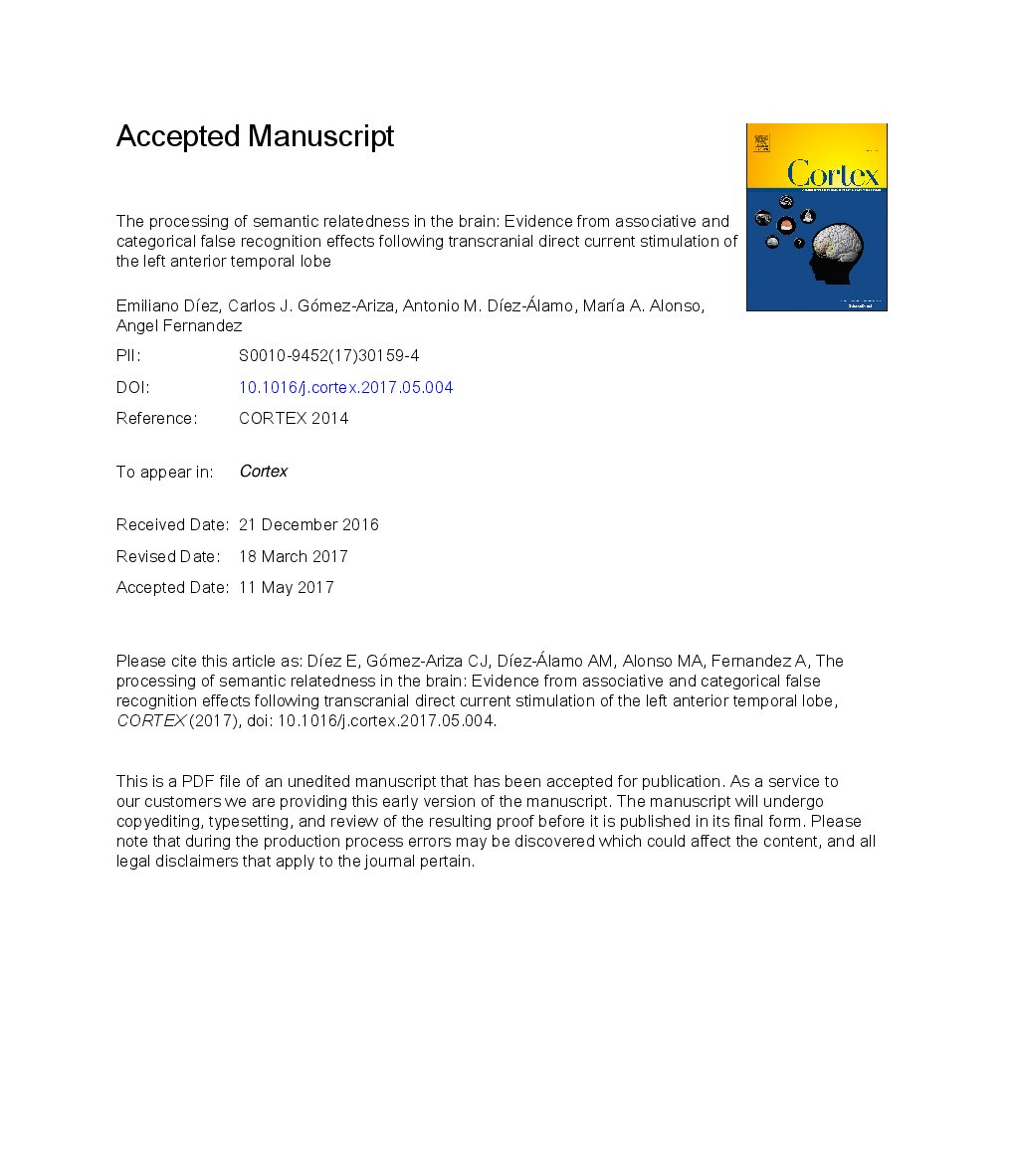 A dominant view of the role of the anterior temporal lobe (ATL) in semantic memory is that it serves as an integration hub, specialized in the processing of semantic relatedness by way of mechanisms that bind together information from different brain areas to form coherent amodal representations of concepts. Two recent experiments, using brain stimulation techniques along with the DeeseâRoedigerâMcDermott (DRM) paradigm, have found a consistent false memory reduction effect following stimulation of the ATL, pointing to the importance of the ATL in semantic/conceptual processing. To more precisely identify the specific process being involved, we conducted a DRM experiment in which transcranial direct current stimulation (anode/cathode/sham) was applied over the participants' left ATL during the study of lists of words that were associatively related to their non-presented critical words (e.g., rotten, worm, red, tree, liqueur, unripe, cake, food, eden, peel, for the critical item apple) or categorically related (e.g., pear, banana, peach, orange, cantaloupe, watermelon, strawberry, cherry, kiwi, plum, for the same critical item apple). The results showed that correct recognition was not affected by stimulation. However, an interaction between stimulation condition and type of relation for false memories was found, explained by a significant false recognition reduction effect in the anodal condition for associative lists that was not observed for categorical lists. Results are congruent with previous findings and, more importantly, they help to clarify the nature and locus of false memory reduction effects, suggesting a differential role of the left ATL, and providing critical evidence for understanding the creation of semantic relatedness-based memory illusions.