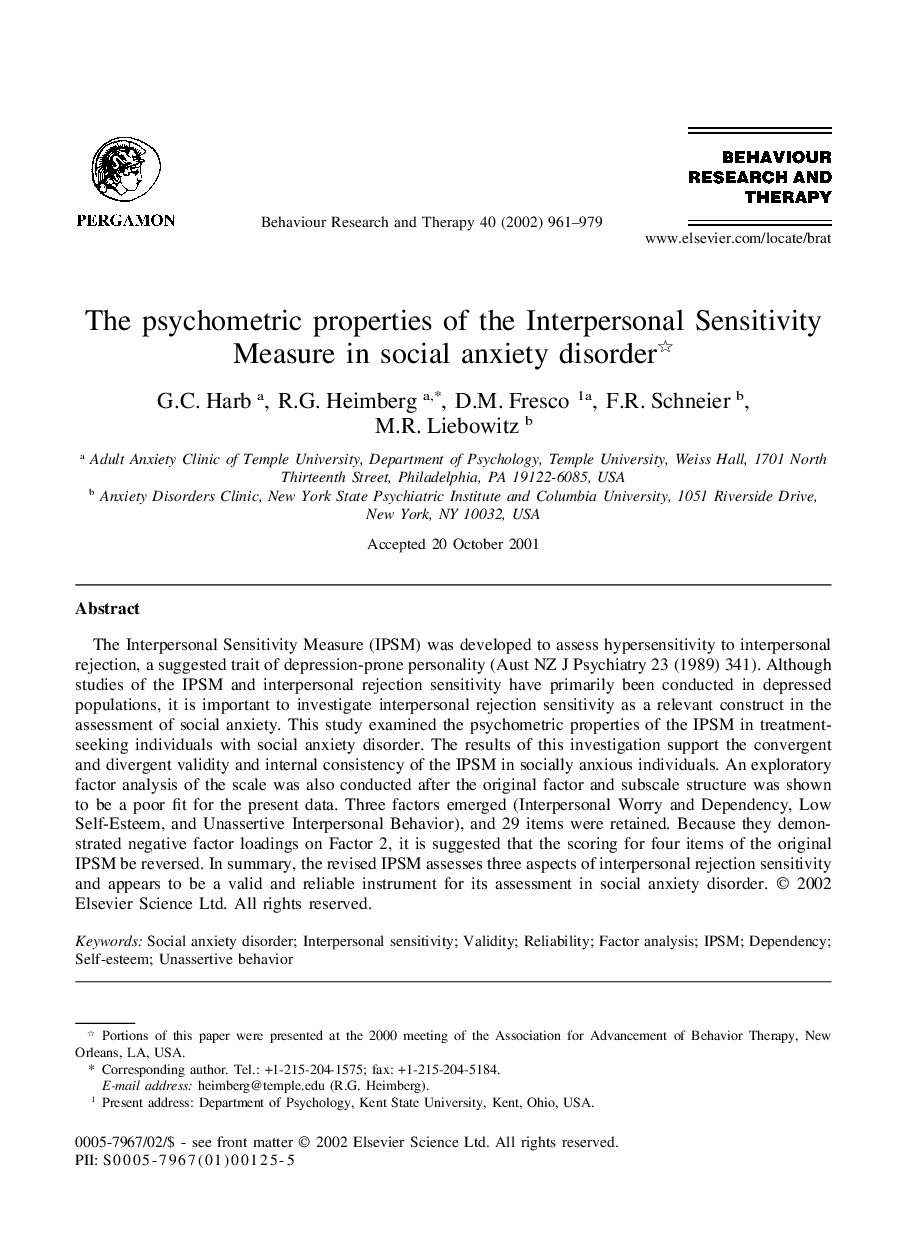 The Interpersonal Sensitivity Measure (IPSM) was developed to assess hypersensitivity to interpersonal rejection, a suggested trait of depression-prone personality (Aust NZ J Psychiatry 23 (1989) 341). Although studies of the IPSM and interpersonal rejection sensitivity have primarily been conducted in depressed populations, it is important to investigate interpersonal rejection sensitivity as a relevant construct in the assessment of social anxiety. This study examined the psychometric properties of the IPSM in treatment-seeking individuals with social anxiety disorder. The results of this investigation support the convergent and divergent validity and internal consistency of the IPSM in socially anxious individuals. An exploratory factor analysis of the scale was also conducted after the original factor and subscale structure was shown to be a poor fit for the present data. Three factors emerged (Interpersonal Worry and Dependency, Low Self-Esteem, and Unassertive Interpersonal Behavior), and 29 items were retained. Because they demonstrated negative factor loadings on Factor 2, it is suggested that the scoring for four items of the original IPSM be reversed. In summary, the revised IPSM assesses three aspects of interpersonal rejection sensitivity and appears to be a valid and reliable instrument for its assessment in social anxiety disorder.