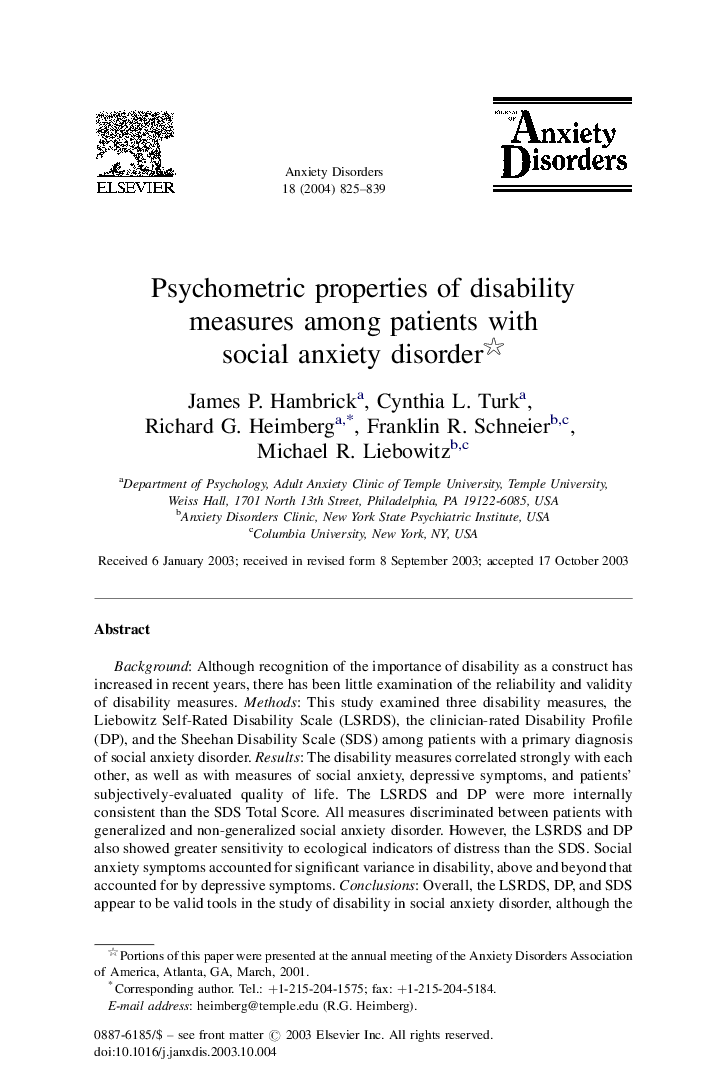 Background: Although recognition of the importance of disability as a construct has increased in recent years, there has been little examination of the reliability and validity of disability measures. Methods: This study examined three disability measures, the Liebowitz Self-Rated Disability Scale (LSRDS), the clinician-rated Disability Profile (DP), and the Sheehan Disability Scale (SDS) among patients with a primary diagnosis of social anxiety disorder. Results: The disability measures correlated strongly with each other, as well as with measures of social anxiety, depressive symptoms, and patients’ subjectively-evaluated quality of life. The LSRDS and DP were more internally consistent than the SDS Total Score. All measures discriminated between patients with generalized and non-generalized social anxiety disorder. However, the LSRDS and DP also showed greater sensitivity to ecological indicators of distress than the SDS. Social anxiety symptoms accounted for significant variance in disability, above and beyond that accounted for by depressive symptoms. Conclusions: Overall, the LSRDS, DP, and SDS appear to be valid tools in the study of disability in social anxiety disorder, although the LSRDS and the DP appear to be somewhat more sensitive to the experiences of socially anxious patients.