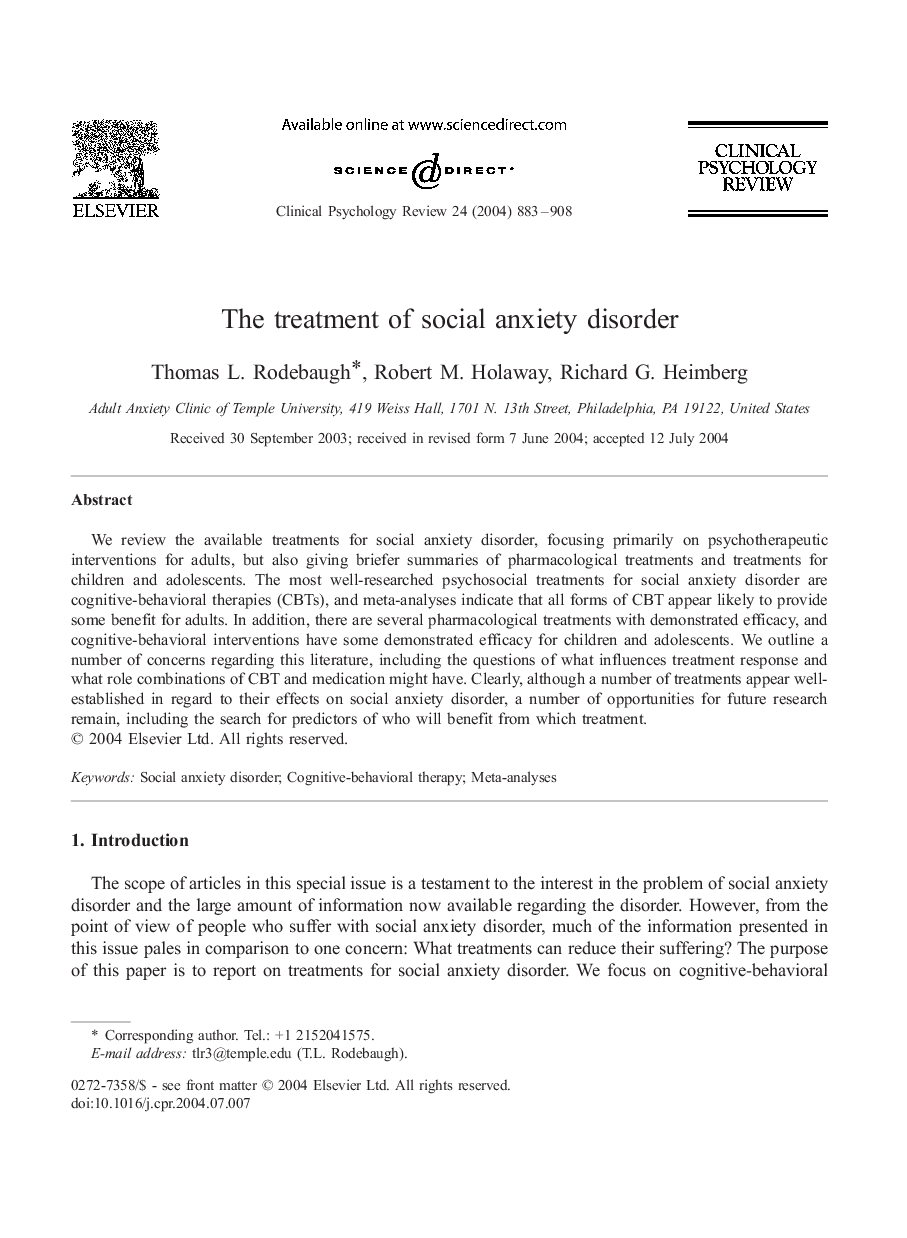 We review the available treatments for social anxiety disorder, focusing primarily on psychotherapeutic interventions for adults, but also giving briefer summaries of pharmacological treatments and treatments for children and adolescents. The most well-researched psychosocial treatments for social anxiety disorder are cognitive-behavioral therapies (CBTs), and meta-analyses indicate that all forms of CBT appear likely to provide some benefit for adults. In addition, there are several pharmacological treatments with demonstrated efficacy, and cognitive-behavioral interventions have some demonstrated efficacy for children and adolescents. We outline a number of concerns regarding this literature, including the questions of what influences treatment response and what role combinations of CBT and medication might have. Clearly, although a number of treatments appear well-established in regard to their effects on social anxiety disorder, a number of opportunities for future research remain, including the search for predictors of who will benefit from which treatment.