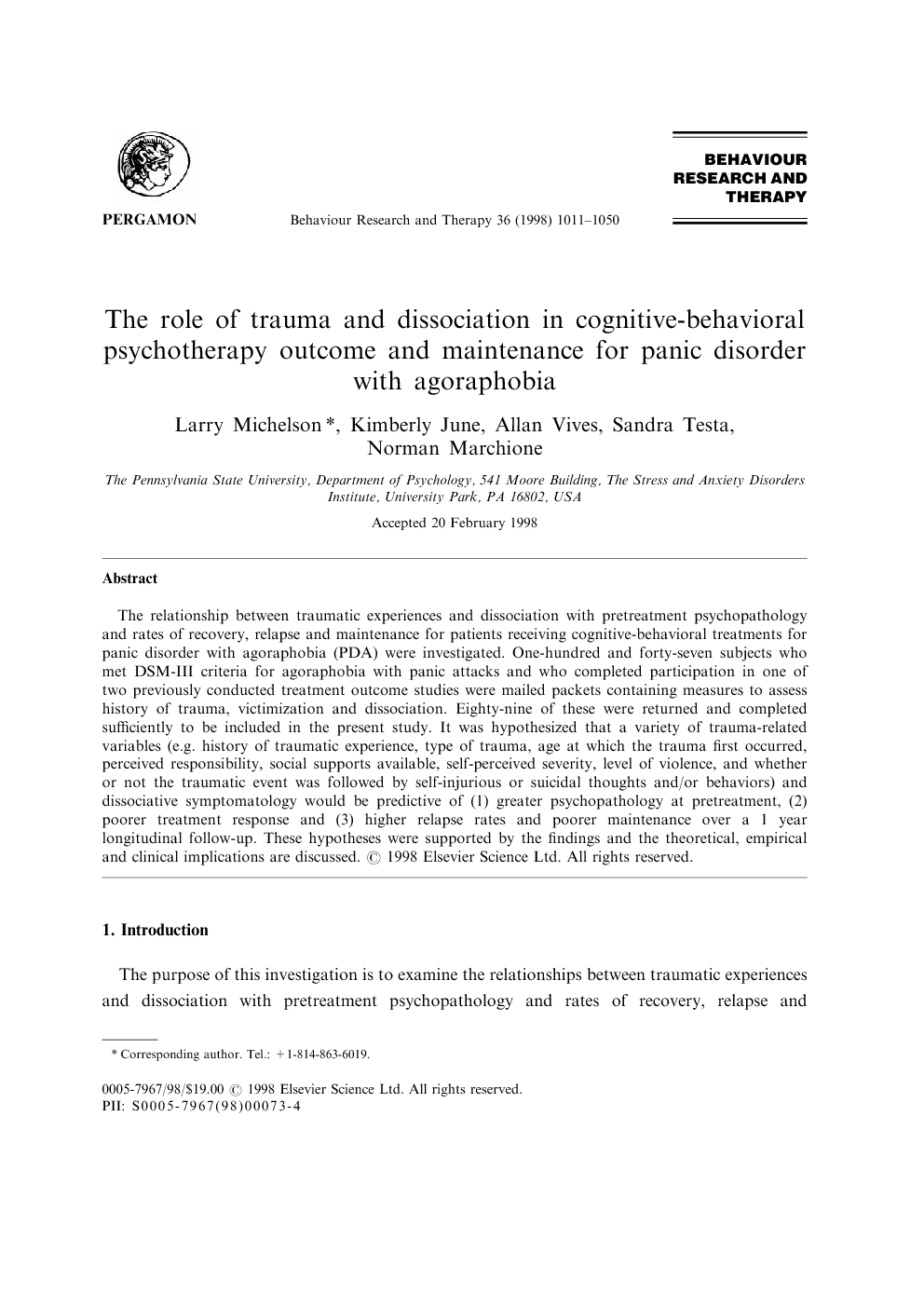 The relationship between traumatic experiences and dissociation with pretreatment psychopathology and rates of recovery, relapse and maintenance for patients receiving cognitive-behavioral treatments for panic disorder with agoraphobia (PDA) were investigated. One-hundred and forty-seven subjects who met DSM-III criteria for agoraphobia with panic attacks and who completed participation in one of two previously conducted treatment outcome studies were mailed packets containing measures to assess history of trauma, victimization and dissociation. Eighty-nine of these were returned and completed sufficiently to be included in the present study. It was hypothesized that a variety of trauma-related variables (e.g. history of traumatic experience, type of trauma, age at which the trauma first occurred, perceived responsibility, social supports available, self-perceived severity, level of violence, and whether or not the traumatic event was followed by self-injurious or suicidal thoughts and/or behaviors) and dissociative symptomatology would be predictive of (1) greater psychopathology at pretreatment, (2) poorer treatment response and (3) higher relapse rates and poorer maintenance over a 1 year longitudinal follow-up. These hypotheses were supported by the findings and the theoretical, empirical and clinical implications are discussed.