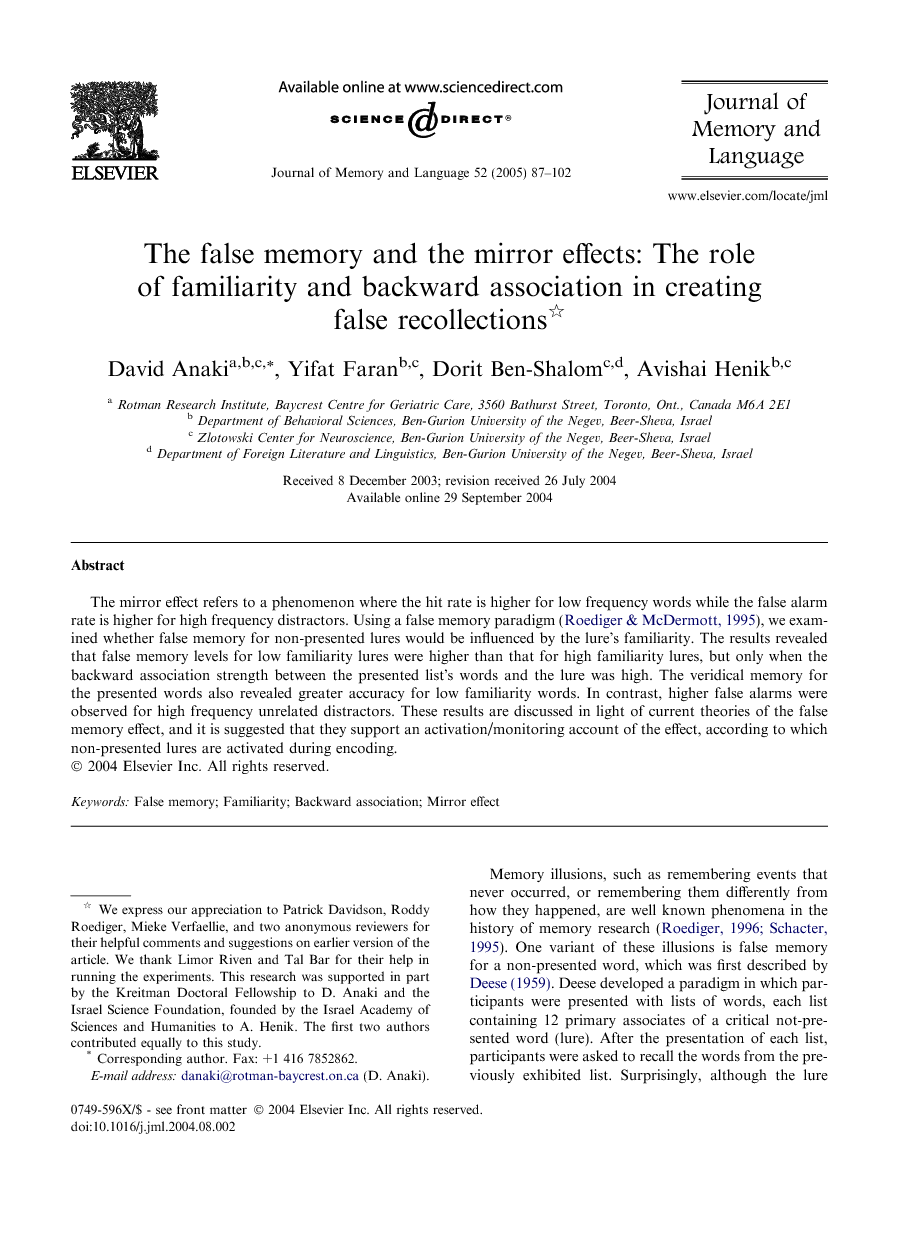 The mirror effect refers to a phenomenon where the hit rate is higher for low frequency words while the false alarm rate is higher for high frequency distractors. Using a false memory paradigm (Roediger & McDermott, 1995), we examined whether false memory for non-presented lures would be influenced by the lure’s familiarity. The results revealed that false memory levels for low familiarity lures were higher than that for high familiarity lures, but only when the backward association strength between the presented list’s words and the lure was high. The veridical memory for the presented words also revealed greater accuracy for low familiarity words. In contrast, higher false alarms were observed for high frequency unrelated distractors. These results are discussed in light of current theories of the false memory effect, and it is suggested that they support an activation/monitoring account of the effect, according to which non-presented lures are activated during encoding.