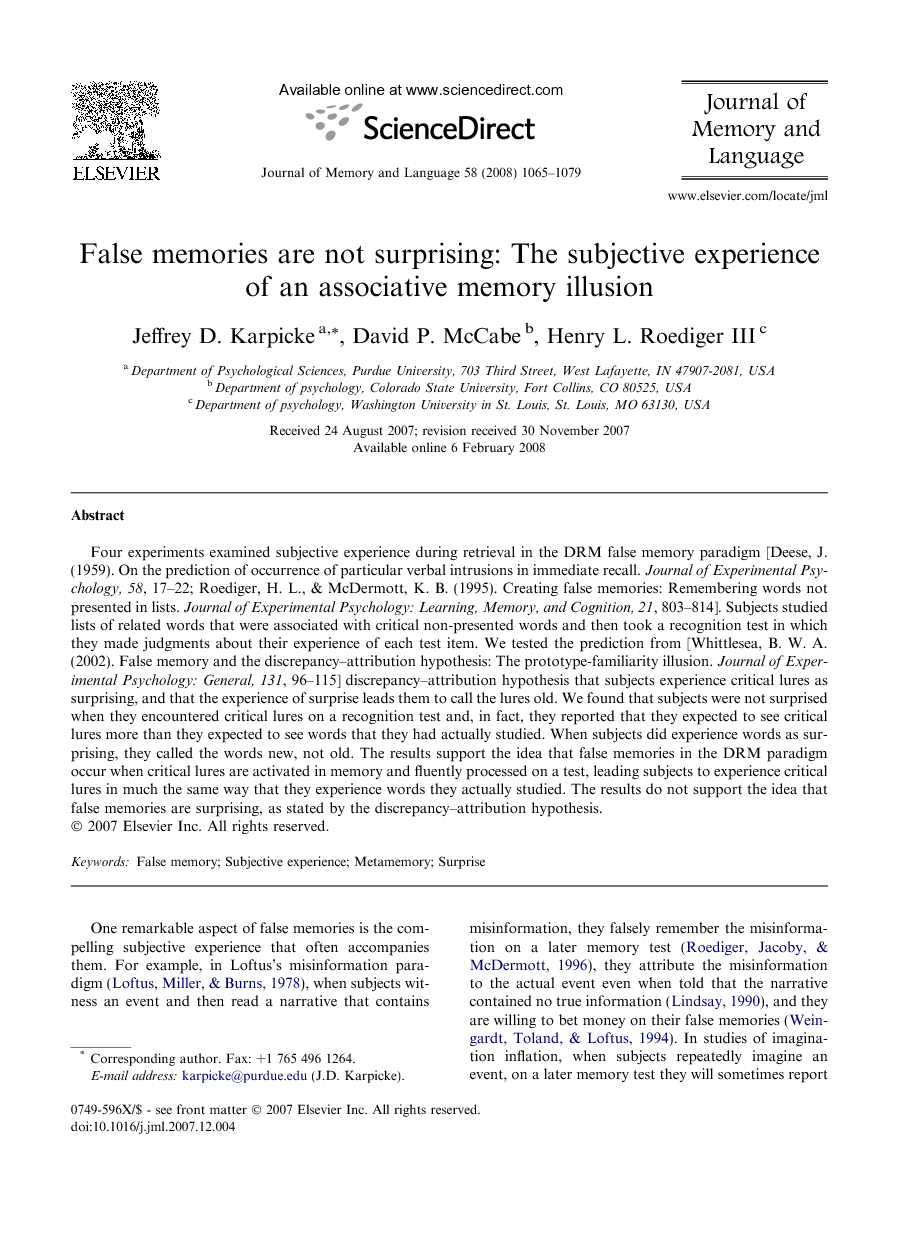 Four experiments examined subjective experience during retrieval in the DRM false memory paradigm [Deese, J. (1959). On the prediction of occurrence of particular verbal intrusions in immediate recall. Journal of Experimental Psychology, 58, 17–22; Roediger, H. L., & McDermott, K. B. (1995). Creating false memories: Remembering words not presented in lists. Journal of Experimental Psychology: Learning, Memory, and Cognition, 21, 803–814]. Subjects studied lists of related words that were associated with critical non-presented words and then took a recognition test in which they made judgments about their experience of each test item. We tested the prediction from [Whittlesea, B. W. A. (2002). False memory and the discrepancy–attribution hypothesis: The prototype-familiarity illusion. Journal of Experimental Psychology: General, 131, 96–115] discrepancy–attribution hypothesis that subjects experience critical lures as surprising, and that the experience of surprise leads them to call the lures old. We found that subjects were not surprised when they encountered critical lures on a recognition test and, in fact, they reported that they expected to see critical lures more than they expected to see words that they had actually studied. When subjects did experience words as surprising, they called the words new, not old. The results support the idea that false memories in the DRM paradigm occur when critical lures are activated in memory and fluently processed on a test, leading subjects to experience critical lures in much the same way that they experience words they actually studied. The results do not support the idea that false memories are surprising, as stated by the discrepancy–attribution hypothesis.