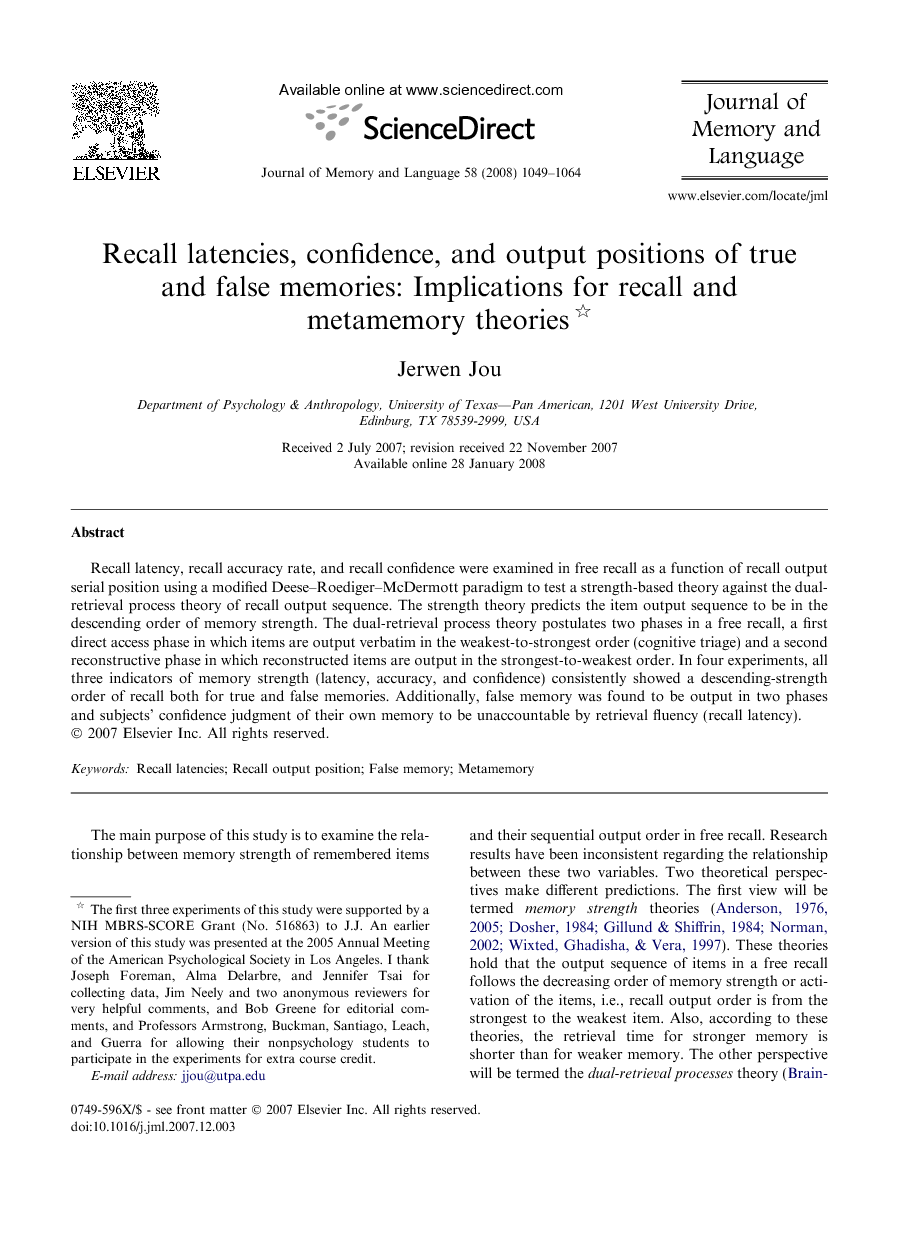 Recall latency, recall accuracy rate, and recall confidence were examined in free recall as a function of recall output serial position using a modified Deese–Roediger–McDermott paradigm to test a strength-based theory against the dual-retrieval process theory of recall output sequence. The strength theory predicts the item output sequence to be in the descending order of memory strength. The dual-retrieval process theory postulates two phases in a free recall, a first direct access phase in which items are output verbatim in the weakest-to-strongest order (cognitive triage) and a second reconstructive phase in which reconstructed items are output in the strongest-to-weakest order. In four experiments, all three indicators of memory strength (latency, accuracy, and confidence) consistently showed a descending-strength order of recall both for true and false memories. Additionally, false memory was found to be output in two phases and subjects’ confidence judgment of their own memory to be unaccountable by retrieval fluency (recall latency).