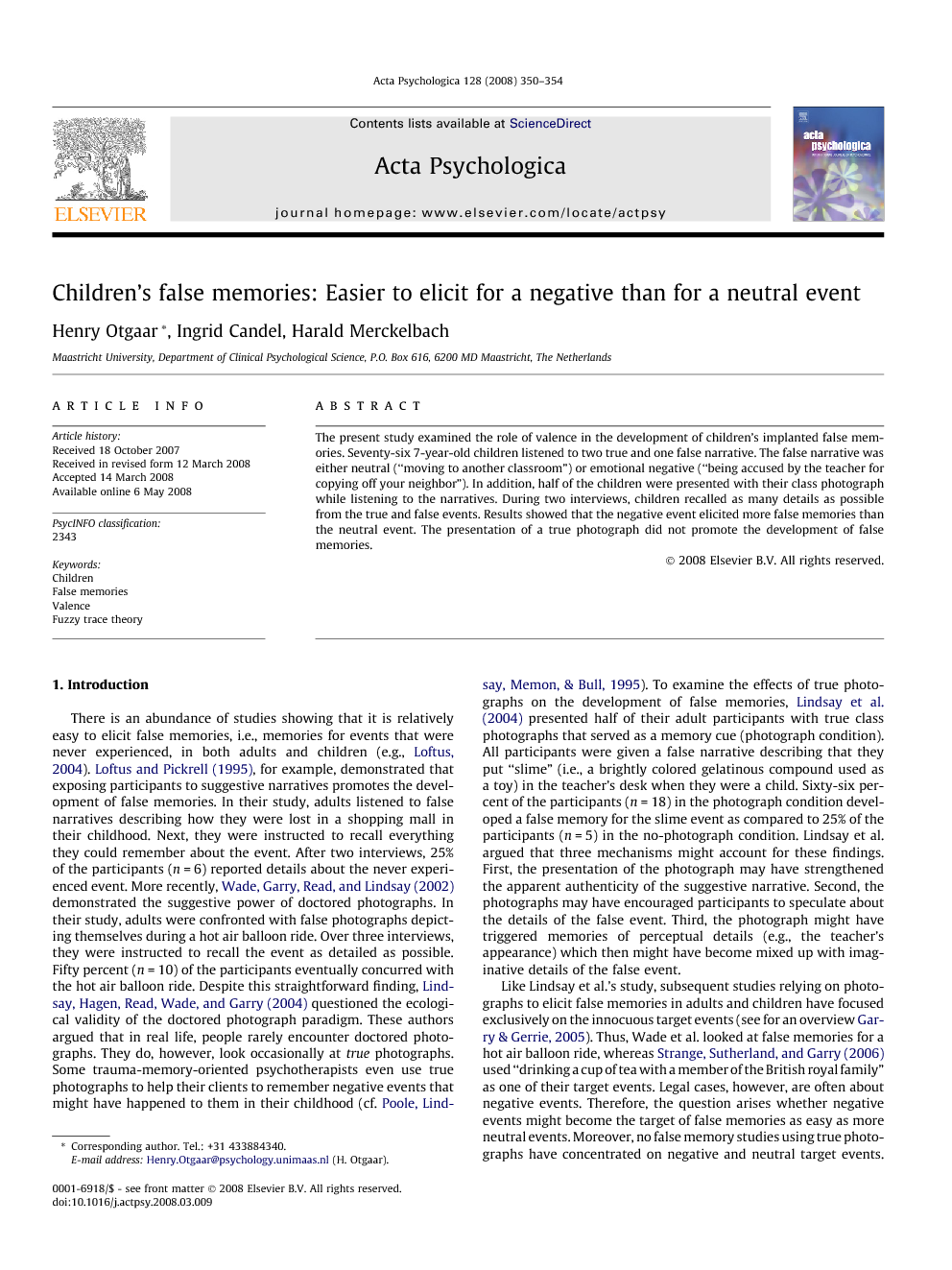 The present study examined the role of valence in the development of children’s implanted false memories. Seventy-six 7-year-old children listened to two true and one false narrative. The false narrative was either neutral (“moving to another classroom”) or emotional negative (“being accused by the teacher for copying off your neighbor”). In addition, half of the children were presented with their class photograph while listening to the narratives. During two interviews, children recalled as many details as possible from the true and false events. Results showed that the negative event elicited more false memories than the neutral event. The presentation of a true photograph did not promote the development of false memories.