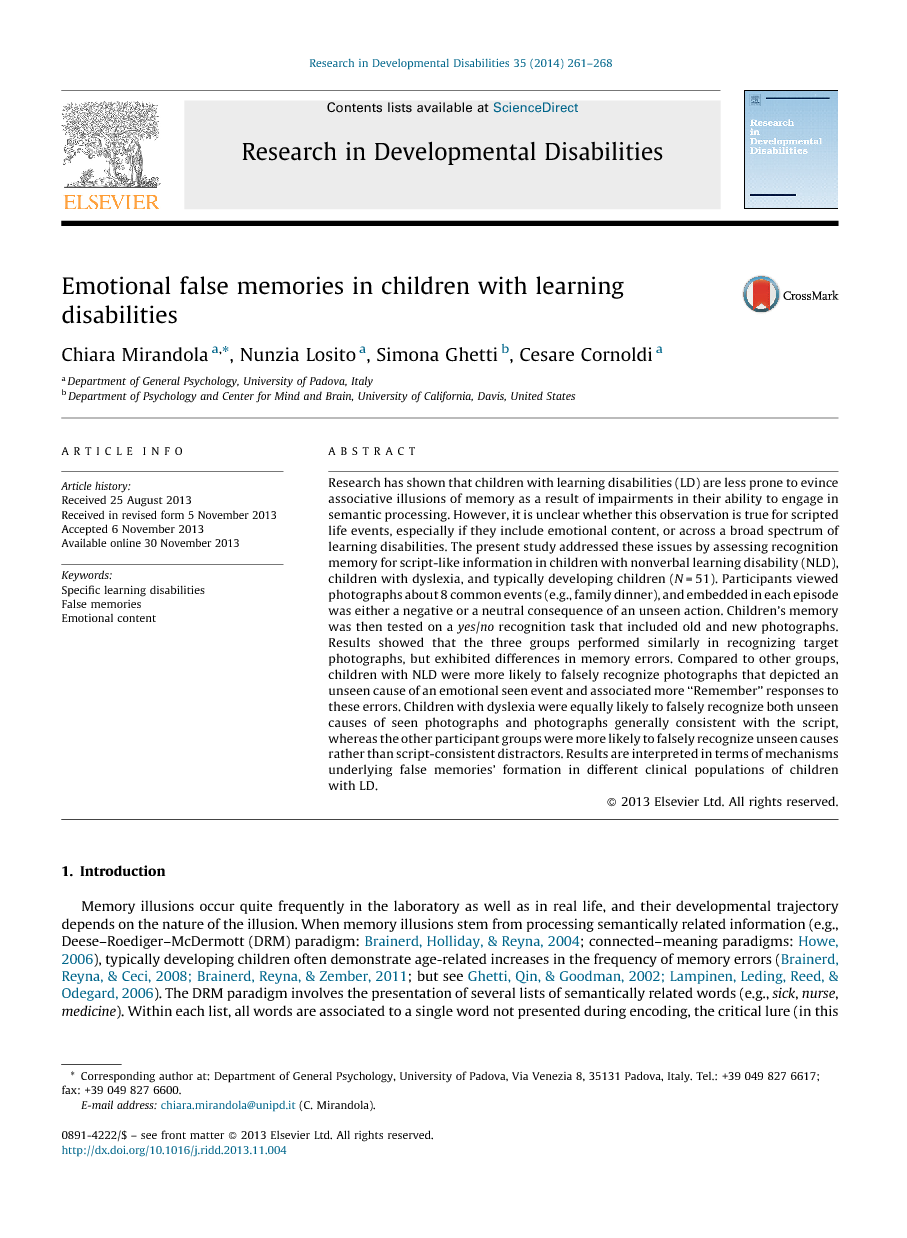 Research has shown that children with learning disabilities (LD) are less prone to evince associative illusions of memory as a result of impairments in their ability to engage in semantic processing. However, it is unclear whether this observation is true for scripted life events, especially if they include emotional content, or across a broad spectrum of learning disabilities. The present study addressed these issues by assessing recognition memory for script-like information in children with nonverbal learning disability (NLD), children with dyslexia, and typically developing children (N = 51). Participants viewed photographs about 8 common events (e.g., family dinner), and embedded in each episode was either a negative or a neutral consequence of an unseen action. Children's memory was then tested on a yes/no recognition task that included old and new photographs. Results showed that the three groups performed similarly in recognizing target photographs, but exhibited differences in memory errors. Compared to other groups, children with NLD were more likely to falsely recognize photographs that depicted an unseen cause of an emotional seen event and associated more “Remember” responses to these errors. Children with dyslexia were equally likely to falsely recognize both unseen causes of seen photographs and photographs generally consistent with the script, whereas the other participant groups were more likely to falsely recognize unseen causes rather than script-consistent distractors. Results are interpreted in terms of mechanisms underlying false memories’ formation in different clinical populations of children with LD.