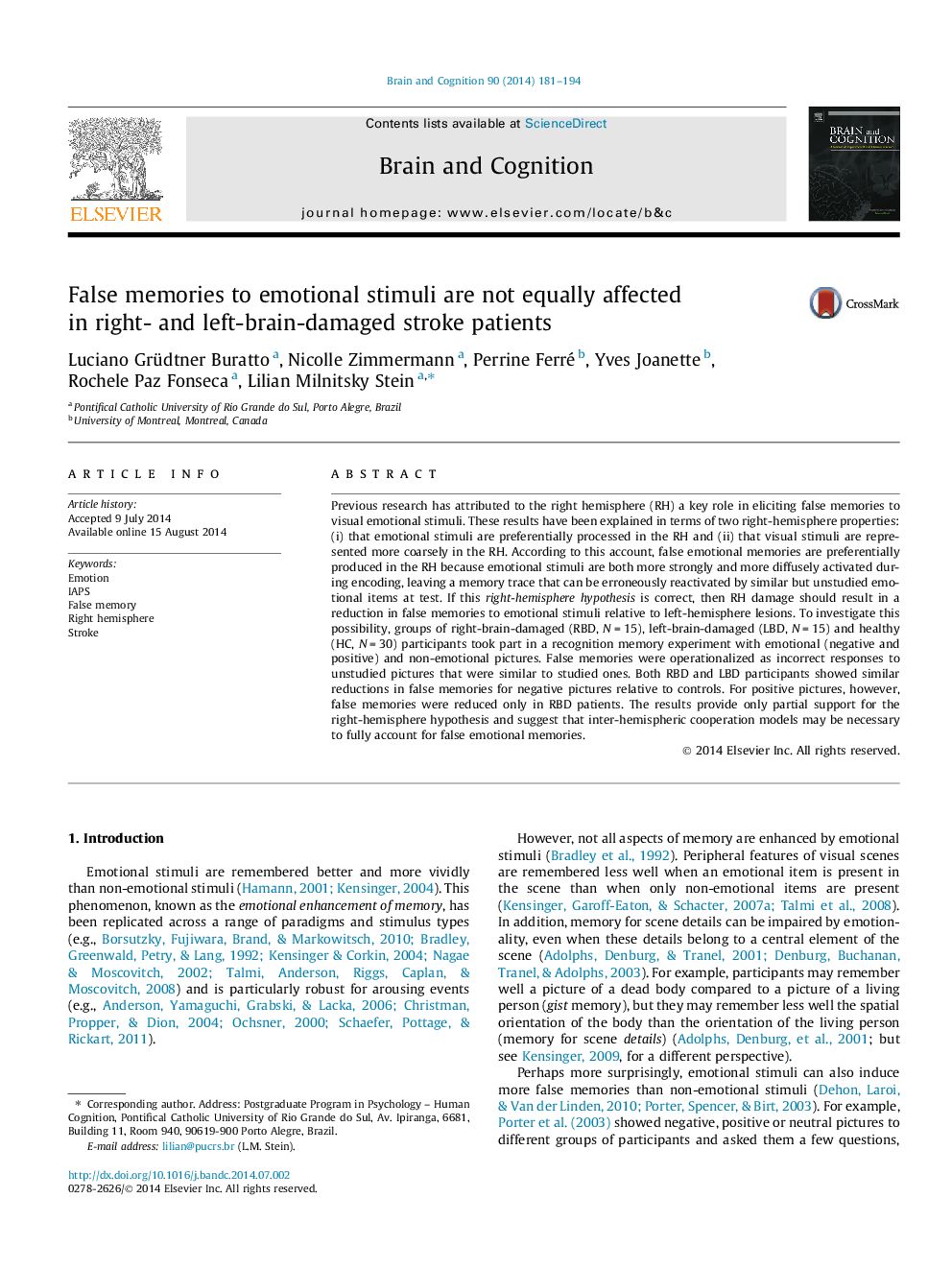 Previous research has attributed to the right hemisphere (RH) a key role in eliciting false memories to visual emotional stimuli. These results have been explained in terms of two right-hemisphere properties: (i) that emotional stimuli are preferentially processed in the RH and (ii) that visual stimuli are represented more coarsely in the RH. According to this account, false emotional memories are preferentially produced in the RH because emotional stimuli are both more strongly and more diffusely activated during encoding, leaving a memory trace that can be erroneously reactivated by similar but unstudied emotional items at test. If this right-hemisphere hypothesis is correct, then RH damage should result in a reduction in false memories to emotional stimuli relative to left-hemisphere lesions. To investigate this possibility, groups of right-brain-damaged (RBD, N = 15), left-brain-damaged (LBD, N = 15) and healthy (HC, N = 30) participants took part in a recognition memory experiment with emotional (negative and positive) and non-emotional pictures. False memories were operationalized as incorrect responses to unstudied pictures that were similar to studied ones. Both RBD and LBD participants showed similar reductions in false memories for negative pictures relative to controls. For positive pictures, however, false memories were reduced only in RBD patients. The results provide only partial support for the right-hemisphere hypothesis and suggest that inter-hemispheric cooperation models may be necessary to fully account for false emotional memories.