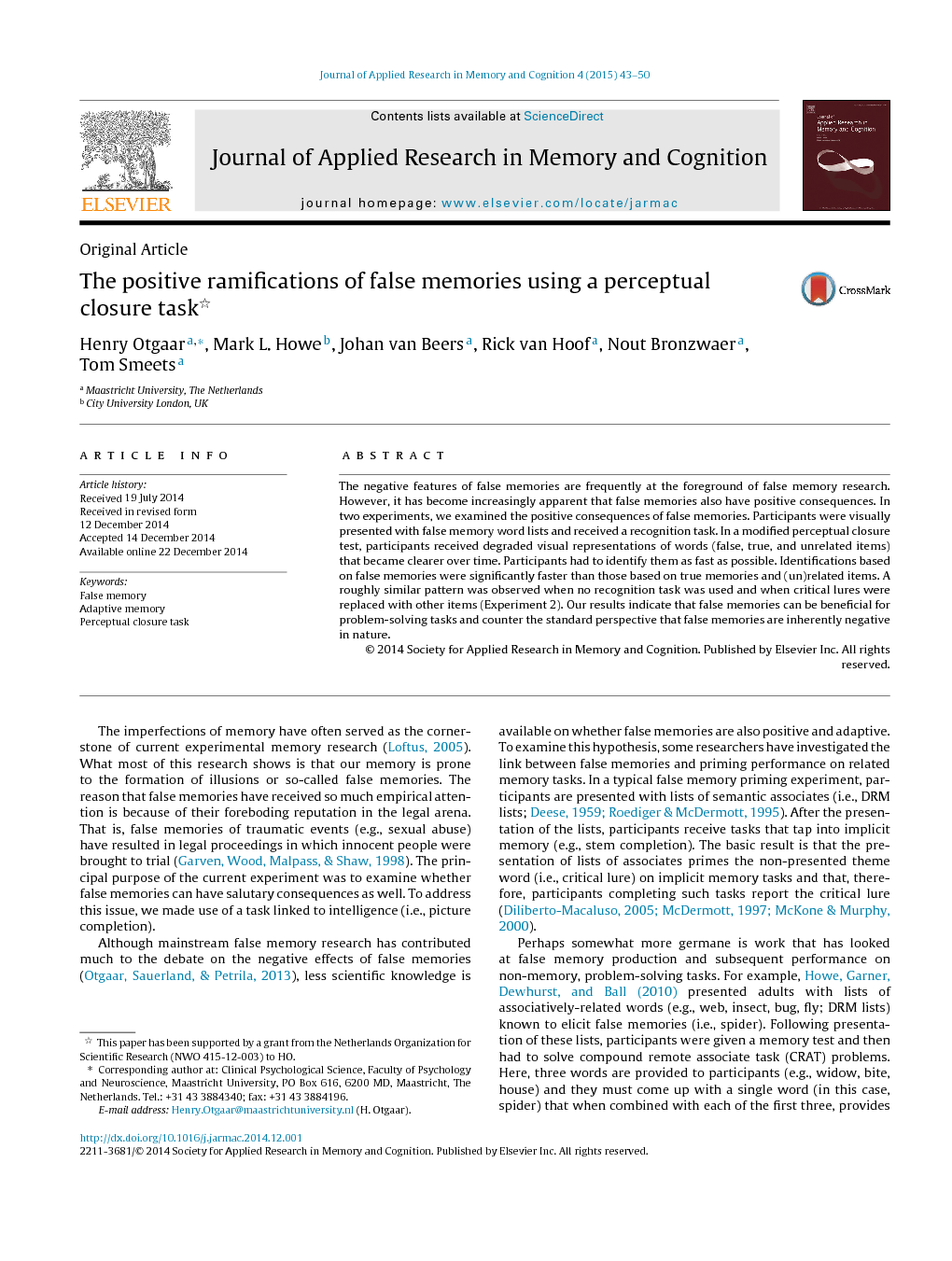 To recap, our findings have the potential to revise the default assumption that false memories are intrinsically sinister and can lead only to wrongful convictions. Our results contribute to a more balanced view about memory in which it becomes clear that the reconstructive nature of memory ultimately leads to false memories and that the context in which false memories surface determines whether these memory errors are considered positive or negative.