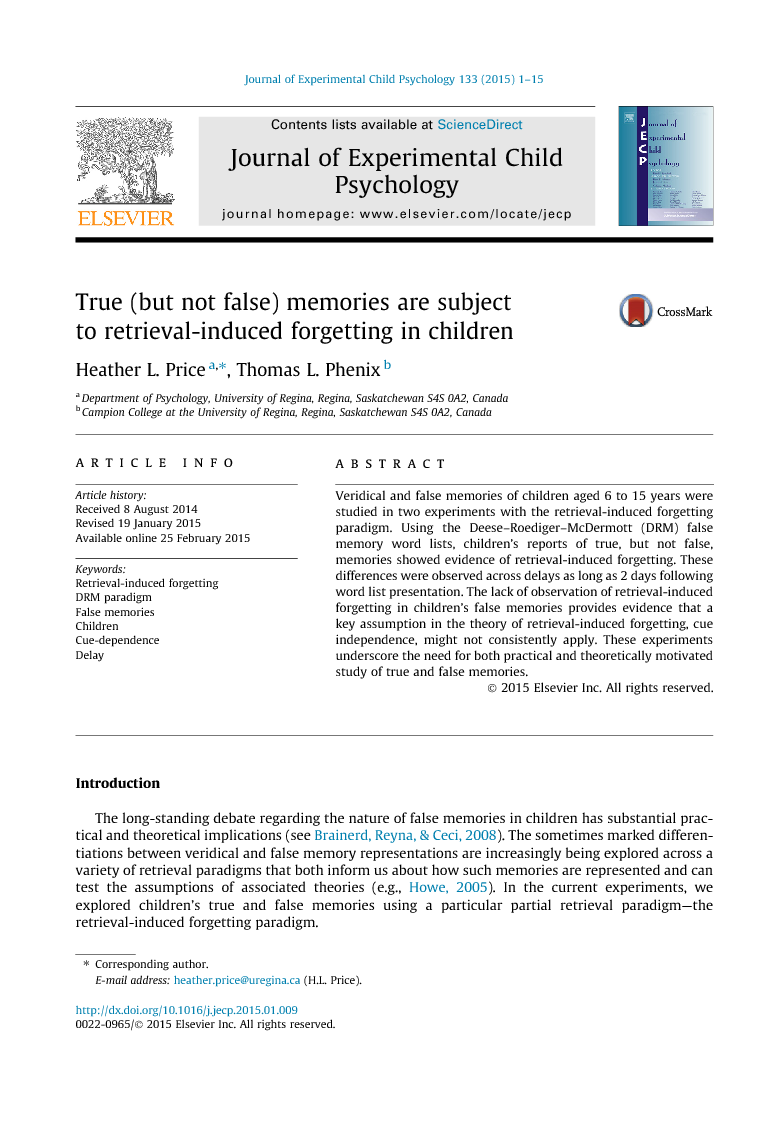 In applying a partial retrieval paradigm to the study of children’s true and false memories, we found retrieval-induced forgetting effects for true memories but not false memories. These effects were present after varying delays, including lengthy delays that are much longer than those in much of the extant work. The current experiments indicated that research with RIF in adults might not be consistently replicable in child populations. Furthermore, the lack of observation of RIF in children’s false memories provides evidence that a key assumption of RIF, cue independence, might not apply in some circumstances. These findings indicate a need for further exploration of the RIF paradigm with a focus on developmental and practical considerations.