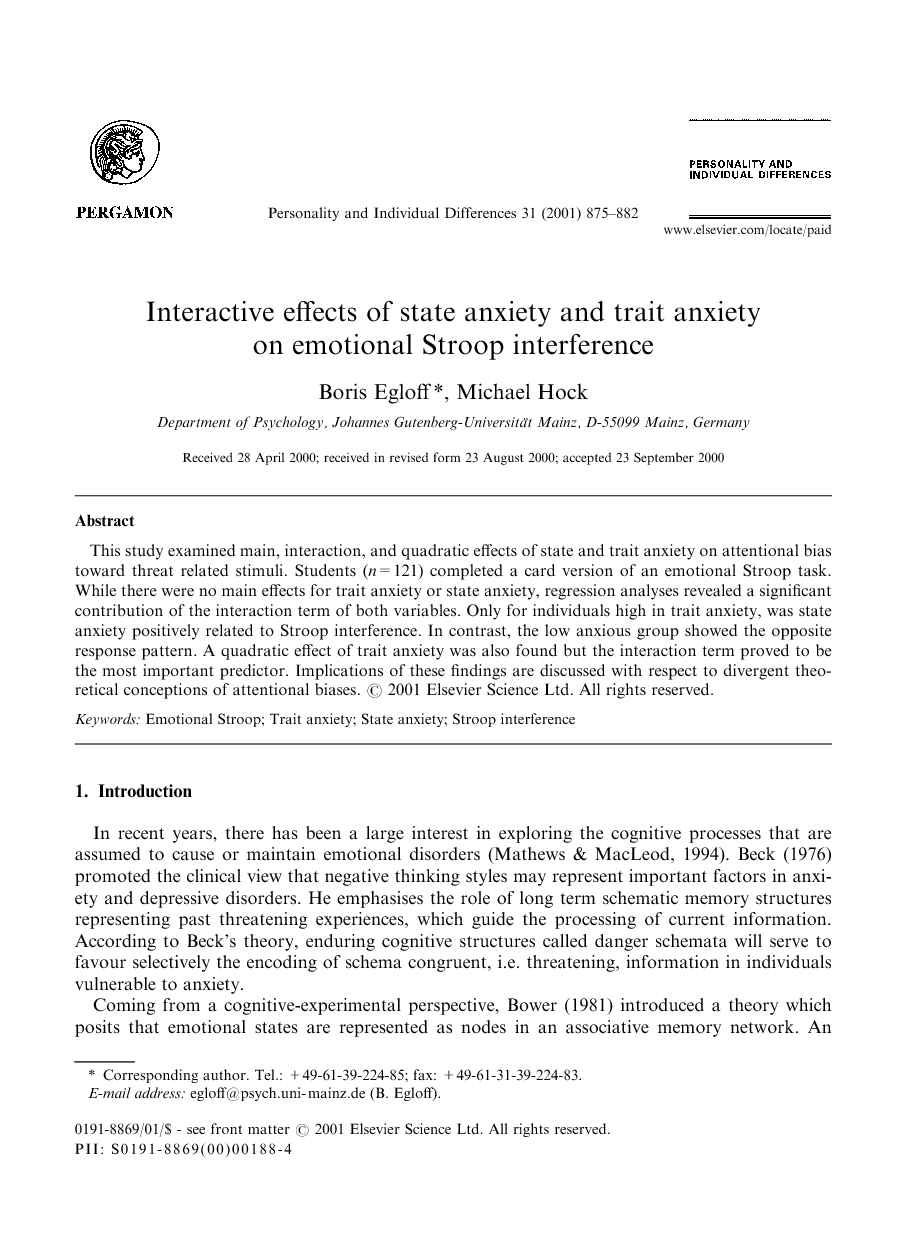 This study examined main, interaction, and quadratic effects of state and trait anxiety on attentional bias toward threat related stimuli. Students (n=121) completed a card version of an emotional Stroop task. While there were no main effects for trait anxiety or state anxiety, regression analyses revealed a significant contribution of the interaction term of both variables. Only for individuals high in trait anxiety, was state anxiety positively related to Stroop interference. In contrast, the low anxious group showed the opposite response pattern. A quadratic effect of trait anxiety was also found but the interaction term proved to be the most important predictor. Implications of these findings are discussed with respect to divergent theoretical conceptions of attentional biases.