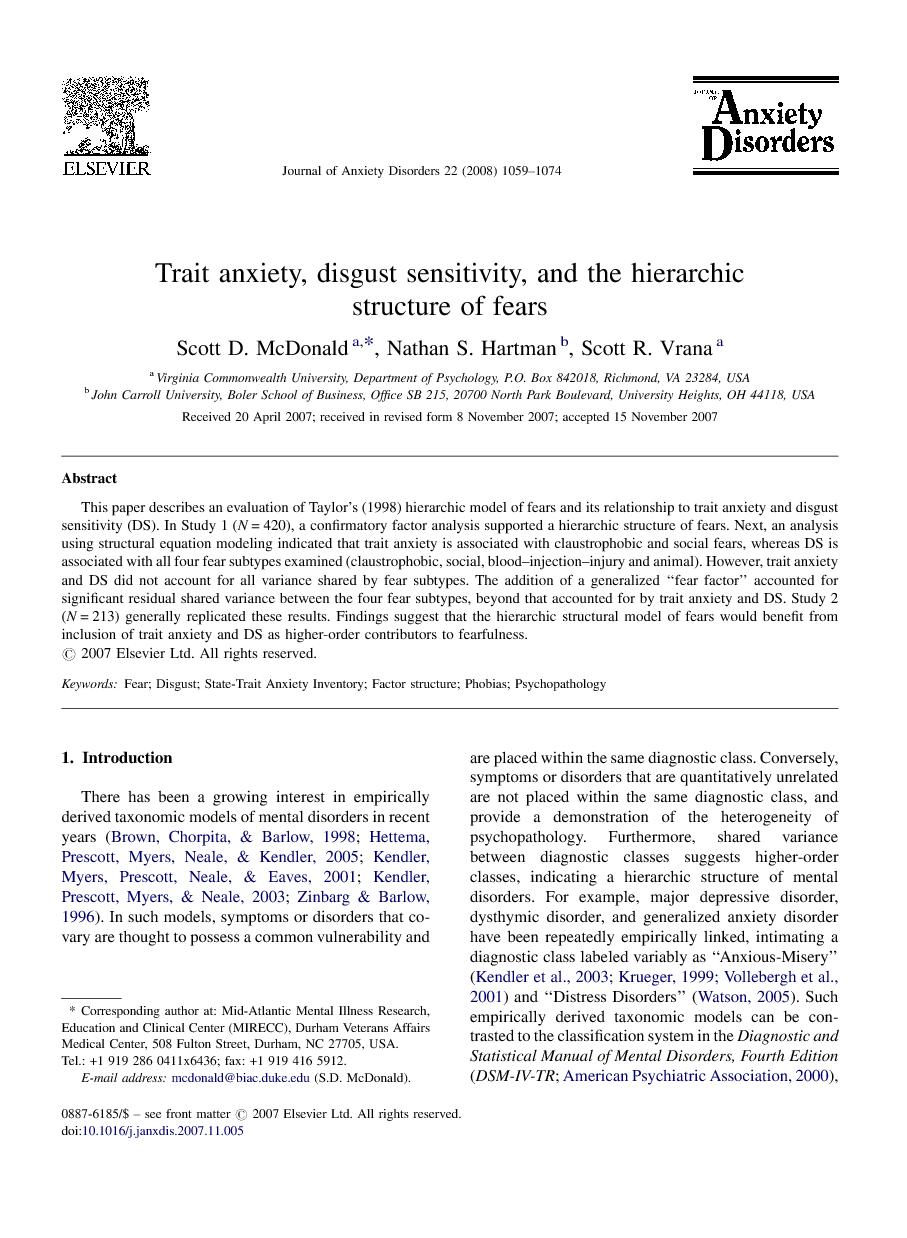 This paper describes an evaluation of Taylor's (1998) hierarchic model of fears and its relationship to trait anxiety and disgust sensitivity (DS). In Study 1 (N = 420), a confirmatory factor analysis supported a hierarchic structure of fears. Next, an analysis using structural equation modeling indicated that trait anxiety is associated with claustrophobic and social fears, whereas DS is associated with all four fear subtypes examined (claustrophobic, social, blood–injection–injury and animal). However, trait anxiety and DS did not account for all variance shared by fear subtypes. The addition of a generalized “fear factor” accounted for significant residual shared variance between the four fear subtypes, beyond that accounted for by trait anxiety and DS. Study 2 (N = 213) generally replicated these results. Findings suggest that the hierarchic structural model of fears would benefit from inclusion of trait anxiety and DS as higher-order contributors to fearfulness.