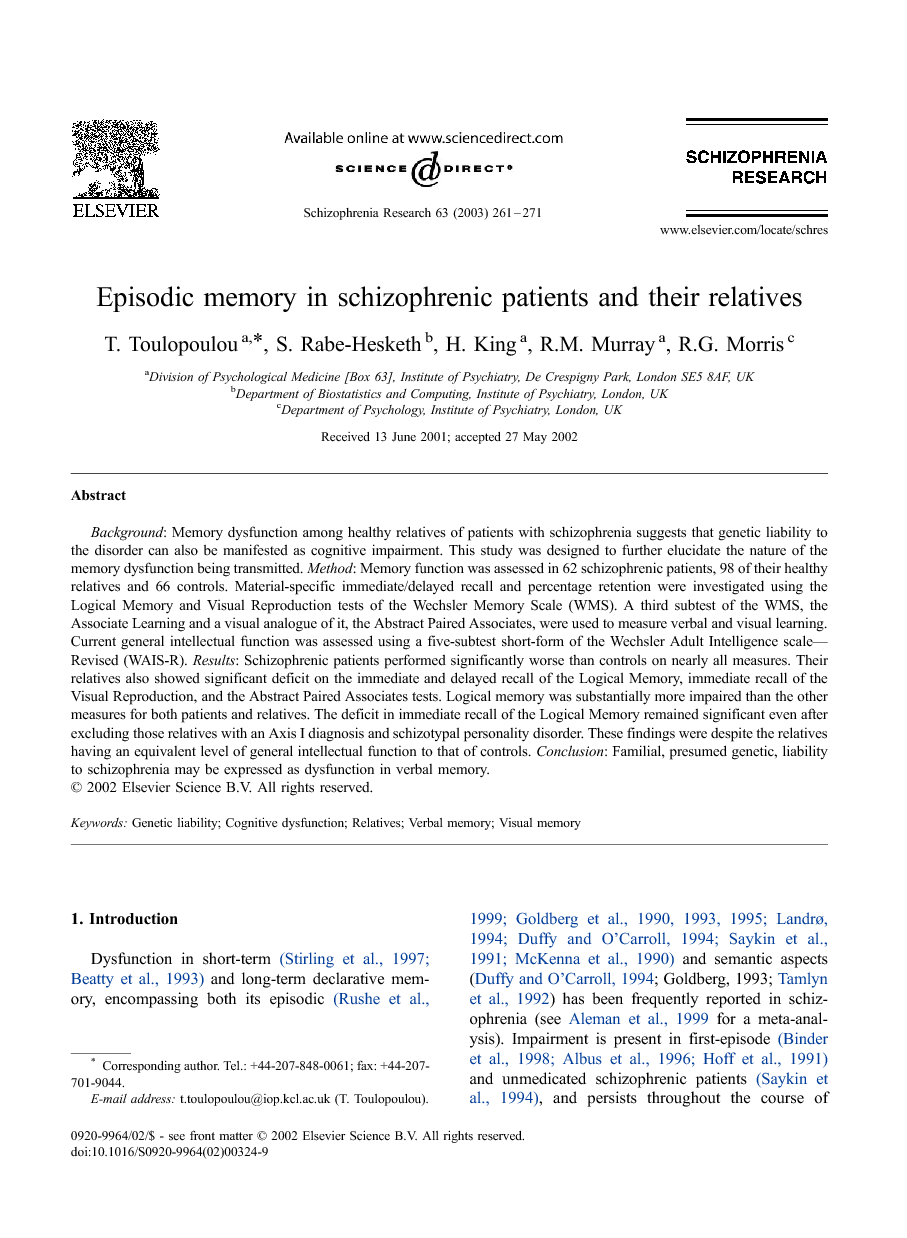 Background: Memory dysfunction among healthy relatives of patients with schizophrenia suggests that genetic liability to the disorder can also be manifested as cognitive impairment. This study was designed to further elucidate the nature of the memory dysfunction being transmitted. Method: Memory function was assessed in 62 schizophrenic patients, 98 of their healthy relatives and 66 controls. Material-specific immediate/delayed recall and percentage retention were investigated using the Logical Memory and Visual Reproduction tests of the Wechsler Memory Scale (WMS). A third subtest of the WMS, the Associate Learning and a visual analogue of it, the Abstract Paired Associates, were used to measure verbal and visual learning. Current general intellectual function was assessed using a five-subtest short-form of the Wechsler Adult Intelligence scale—Revised (WAIS-R). Results: Schizophrenic patients performed significantly worse than controls on nearly all measures. Their relatives also showed significant deficit on the immediate and delayed recall of the Logical Memory, immediate recall of the Visual Reproduction, and the Abstract Paired Associates tests. Logical memory was substantially more impaired than the other measures for both patients and relatives. The deficit in immediate recall of the Logical Memory remained significant even after excluding those relatives with an Axis I diagnosis and schizotypal personality disorder. These findings were despite the relatives having an equivalent level of general intellectual function to that of controls. Conclusion: Familial, presumed genetic, liability to schizophrenia may be expressed as dysfunction in verbal memory.