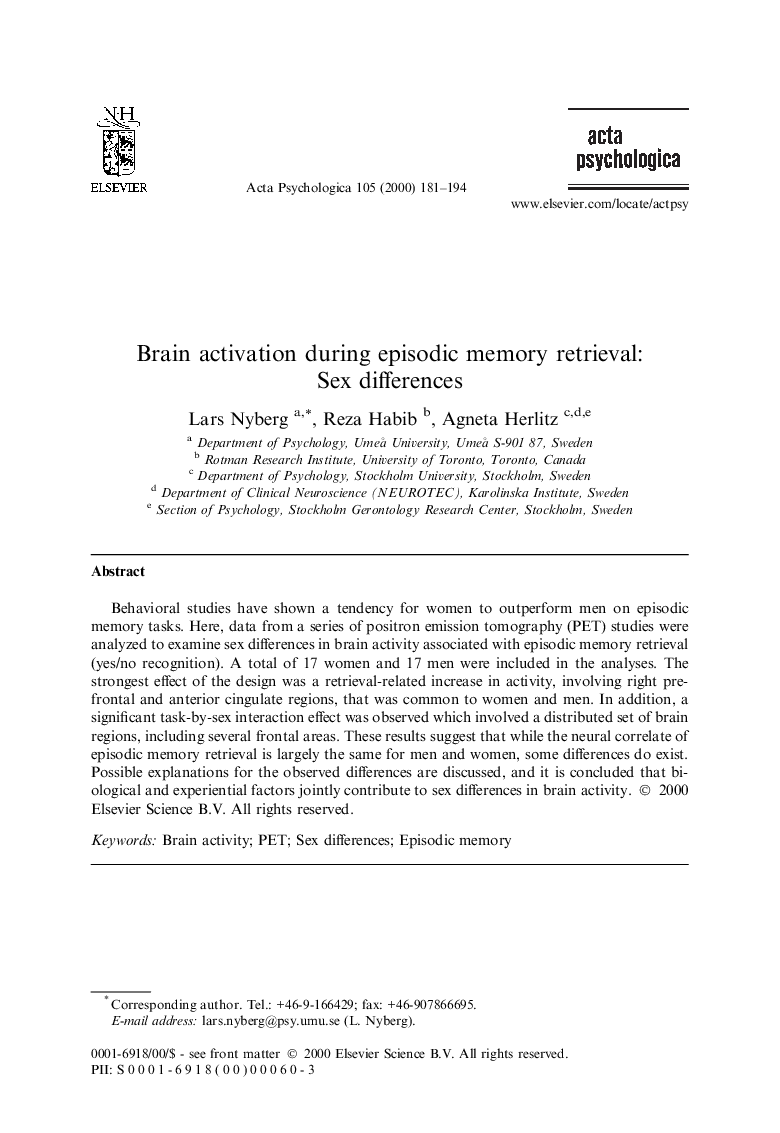 Behavioral studies have shown a tendency for women to outperform men on episodic memory tasks. Here, data from a series of positron emission tomography (PET) studies were analyzed to examine sex differences in brain activity associated with episodic memory retrieval (yes/no recognition). A total of 17 women and 17 men were included in the analyses. The strongest effect of the design was a retrieval-related increase in activity, involving right prefrontal and anterior cingulate regions, that was common to women and men. In addition, a significant task-by-sex interaction effect was observed which involved a distributed set of brain regions, including several frontal areas. These results suggest that while the neural correlate of episodic memory retrieval is largely the same for men and women, some differences do exist. Possible explanations for the observed differences are discussed, and it is concluded that biological and experiential factors jointly contribute to sex differences in brain activity.