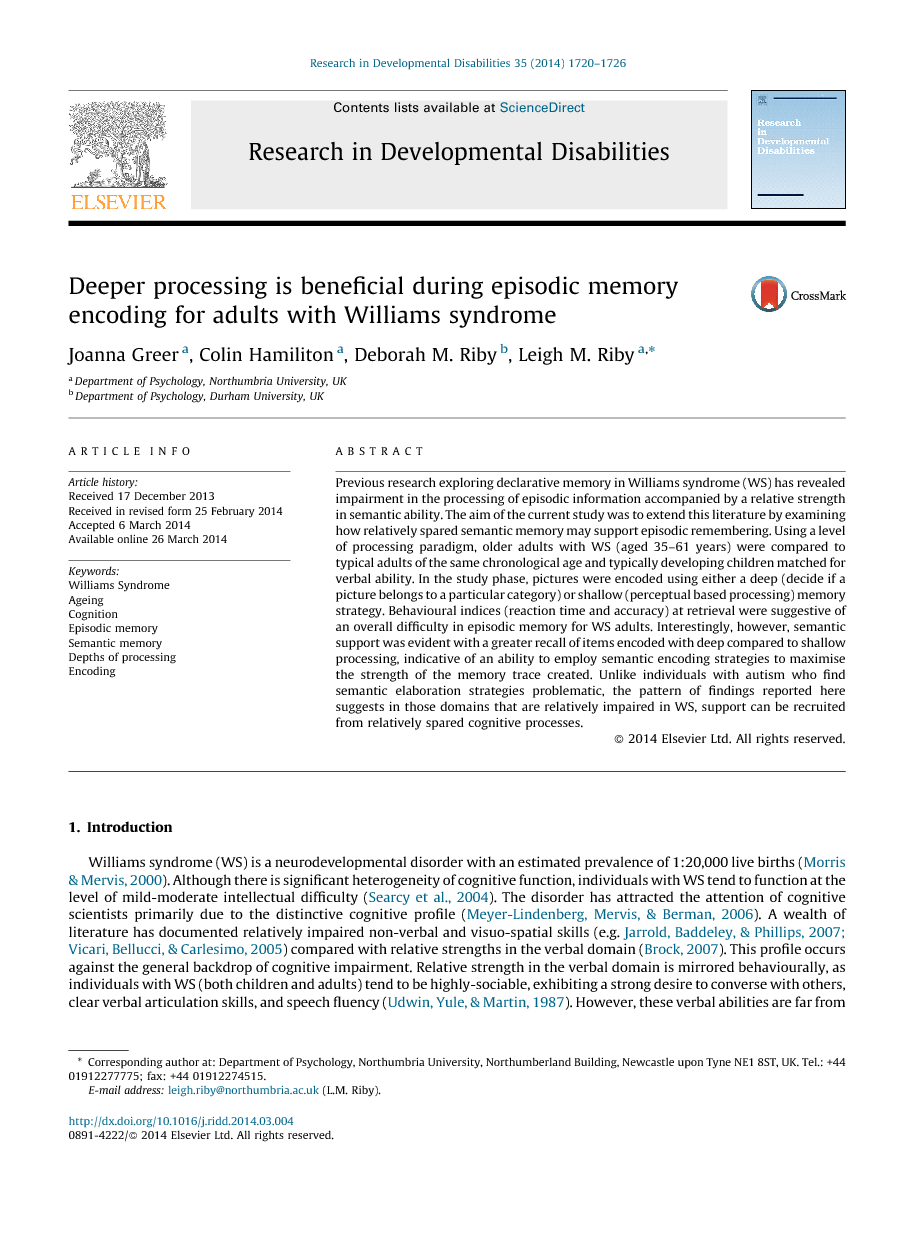 Previous research exploring declarative memory in Williams syndrome (WS) has revealed impairment in the processing of episodic information accompanied by a relative strength in semantic ability. The aim of the current study was to extend this literature by examining how relatively spared semantic memory may support episodic remembering. Using a level of processing paradigm, older adults with WS (aged 35–61 years) were compared to typical adults of the same chronological age and typically developing children matched for verbal ability. In the study phase, pictures were encoded using either a deep (decide if a picture belongs to a particular category) or shallow (perceptual based processing) memory strategy. Behavioural indices (reaction time and accuracy) at retrieval were suggestive of an overall difficulty in episodic memory for WS adults. Interestingly, however, semantic support was evident with a greater recall of items encoded with deep compared to shallow processing, indicative of an ability to employ semantic encoding strategies to maximise the strength of the memory trace created. Unlike individuals with autism who find semantic elaboration strategies problematic, the pattern of findings reported here suggests in those domains that are relatively impaired in WS, support can be recruited from relatively spared cognitive processes.