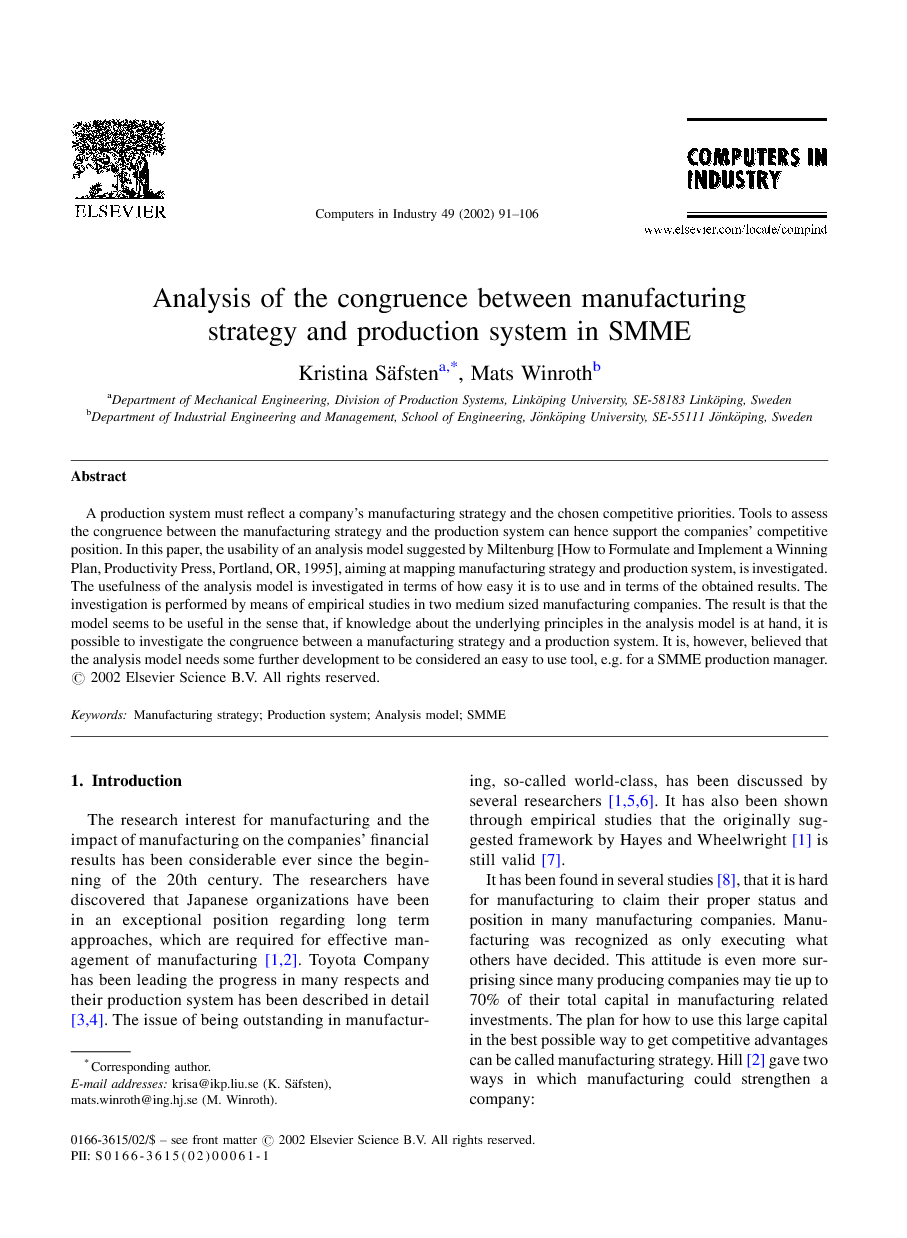 The main questions raised in this paper were the following: • Can the model, as described by Miltenburg, be used in practice to investigate the congruence between the manufacturing strategy and the production system or does the model need any modification? • Are the results from an analysis valid and in accordance with the company’s own opinion about the congruence between the manufacturing strategy and the production system? Starting with the last question, after these two case studies, it can be concluded that the analysis model seems to give quite a good picture of the congruence between manufacturing strategy and production system. The number of cases is however, very limited and further investigation is required to give a general picture. The validity of frameworks like the one suggested by Miltenburg [18] are questioned by advocators of a strategic choice. However, the deterministic view often is predominant within operations management literature [22]. A deterministic framework like the one described in this paper is believed to be useful if the analysis is carried out on similar aggregation levels. For a SMME, the resources were limited and the ability to carry out any deeper analysis, the work with the different steps of the suggested analysis model still provides a good insight into the complex of problems indicated in Section 1. The model is usable in the sense that, if knowledge about the underlying principles in the analysis model is at hand, it is possible to investigate the congruence between manufacturing strategy and production system. The time to perform an analysis is estimated to 3 days, 1 day to collect data and 2 days to do the analysis. It is considered that the usability could be improved through the simplifications and modifications presented in Section 3. It is, however, believed that the analysis model needs some further development to be considered as an easy to use tool, e.g. for a SMME production manager. The analysis model (Fig. 13), presented in this paper is the analysis model as it appears after the modifications made of the original model suggested by Miltenburg [18]. One interesting study for the future would be to do the analysis on several companies in a supply chain, e.g. a system builder and its suppliers, and see if their views of their competitive priorities are compatible and if their manufacturing systems match.