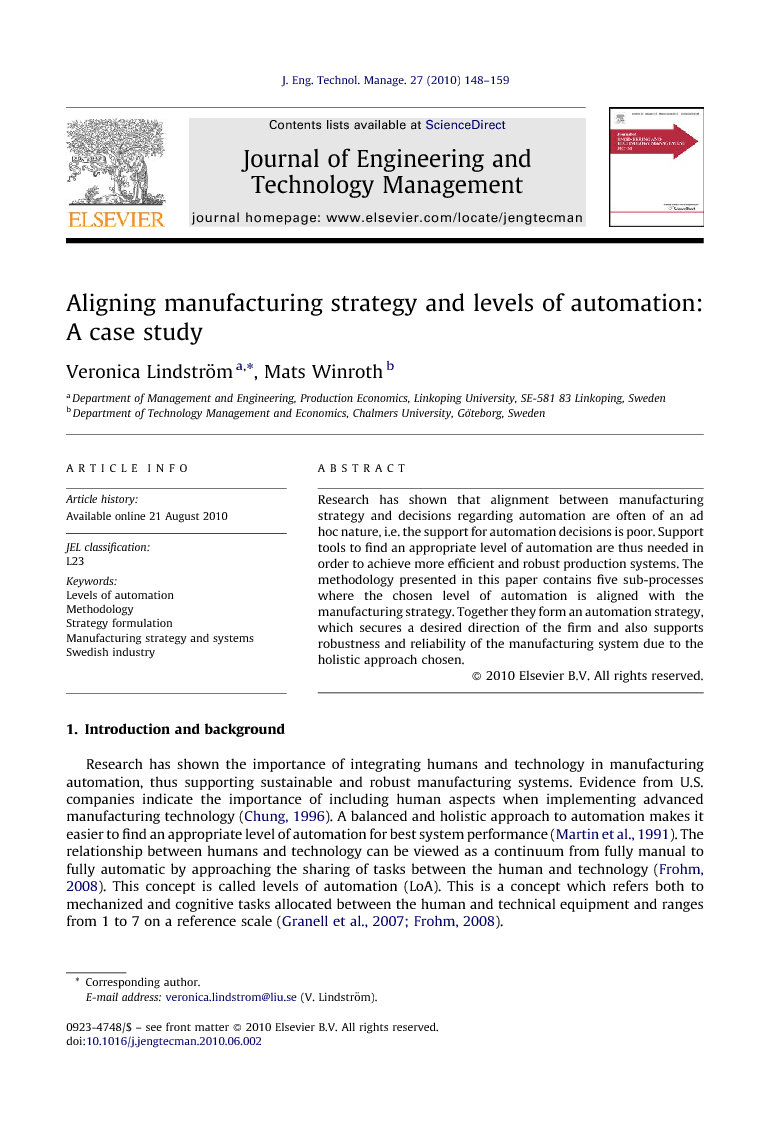 Research has shown that alignment between manufacturing strategy and decisions regarding automation are often of an ad hoc nature, i.e. the support for automation decisions is poor. Support tools to find an appropriate level of automation are thus needed in order to achieve more efficient and robust production systems. The methodology presented in this paper contains five sub-processes where the chosen level of automation is aligned with the manufacturing strategy. Together they form an automation strategy, which secures a desired direction of the firm and also supports robustness and reliability of the manufacturing system due to the holistic approach chosen.