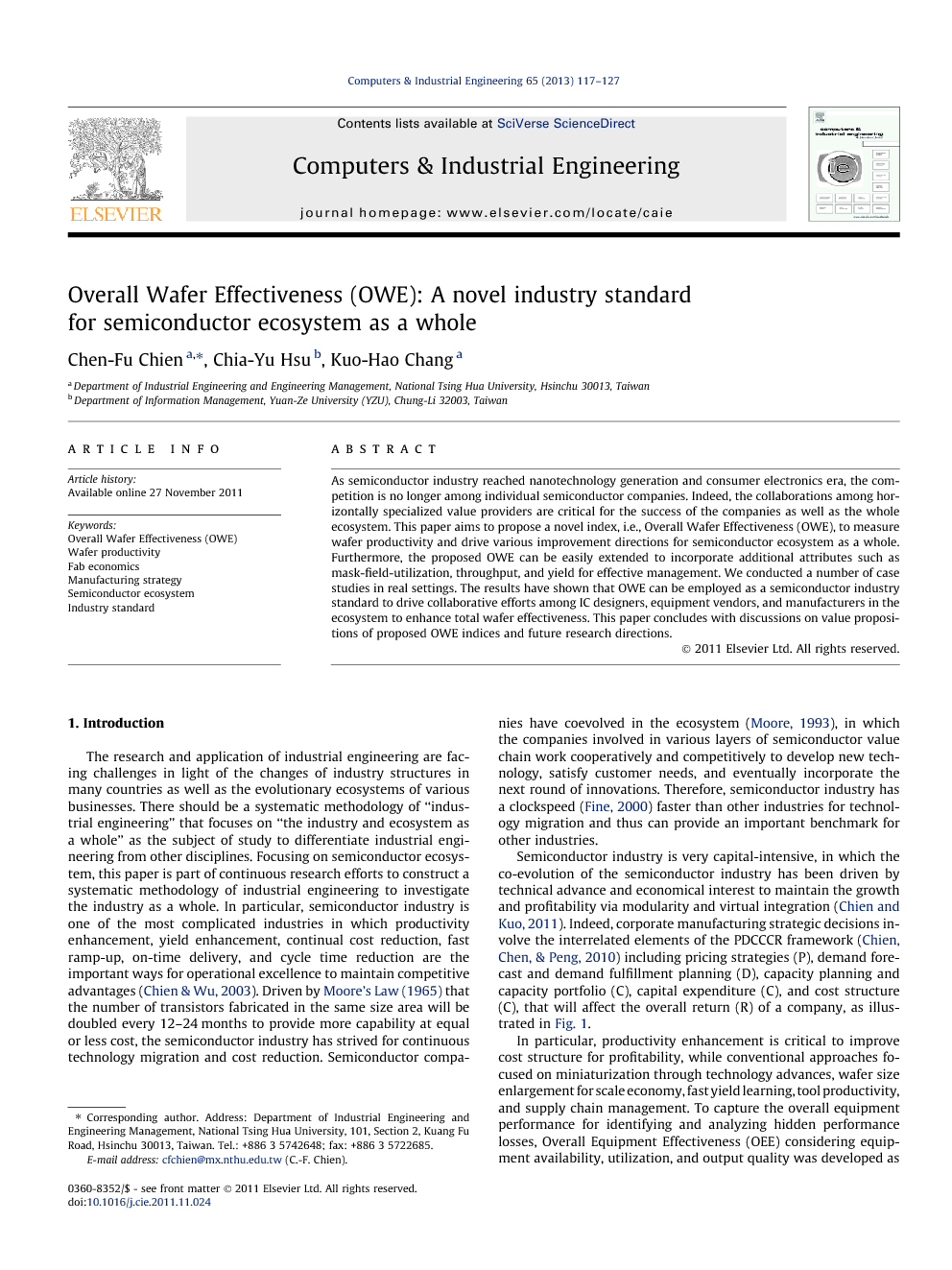 As semiconductor industry reached nanotechnology generation and consumer electronics era, the competition is no longer among individual semiconductor companies. Indeed, the collaborations among horizontally specialized value providers are critical for the success of the companies as well as the whole ecosystem. This paper aims to propose a novel index, i.e., Overall Wafer Effectiveness (OWE), to measure wafer productivity and drive various improvement directions for semiconductor ecosystem as a whole. Furthermore, the proposed OWE can be easily extended to incorporate additional attributes such as mask-field-utilization, throughput, and yield for effective management. We conducted a number of case studies in real settings. The results have shown that OWE can be employed as a semiconductor industry standard to drive collaborative efforts among IC designers, equipment vendors, and manufacturers in the ecosystem to enhance total wafer effectiveness. This paper concludes with discussions on value propositions of proposed OWE indices and future research directions.

From industry fundamental objective, this paper proposed the OWE indices to effectively monitor wafer exposure performance and enhance wafer productivity rather than focusing only on OEE of individual equipment. In particular, OWE indices are expressed with wafer area and thus different types of wafer area loss can be identified in a comprehensive framework to clarify ownership of wafer effectiveness loss among IC designers, fab, equipment vendors and thus drive effective improvements for wafer availability, exposable rate, and exposed rate, yield, and MFU. In addition, the proposed OWE can be integrated with other attributes such as throughput as weighted OWE to address multiple operation and business objectives. Furthermore, OWE can be easily extended for incorporating other attributes such as process time or throughput to thus link with cycle time. For example, a normalized index such as OWE/time can be employed to drive throughput improvement and cycle time reduction. Furthermore, it may also consider profit or average selling price (e.g. profit × OWE/time) to thus link wafer exposure operation with business strategy. The coevolution of the semiconductor ecosystem has been driven by the pressure for continuous technology advancements as well as the cost reduction. As semiconductor industry reached nanotechnology generation and consumer electronics era, the competition is no longer among individual semiconductor companies. Indeed, the collaborations among horizontally specialized value providers are critical for the success of the companies as well as the whole supply chain. The proposed OWE can be employed as an industry standard for measuring wafer productivity and identifying effective directions for improvement. Further research should be done to apply OWE and the associated indices in various contexts. It is also insightful to derive results from more empirical studies that lead to the identification of more effective measurement of productivity of individual process step and whole production system.