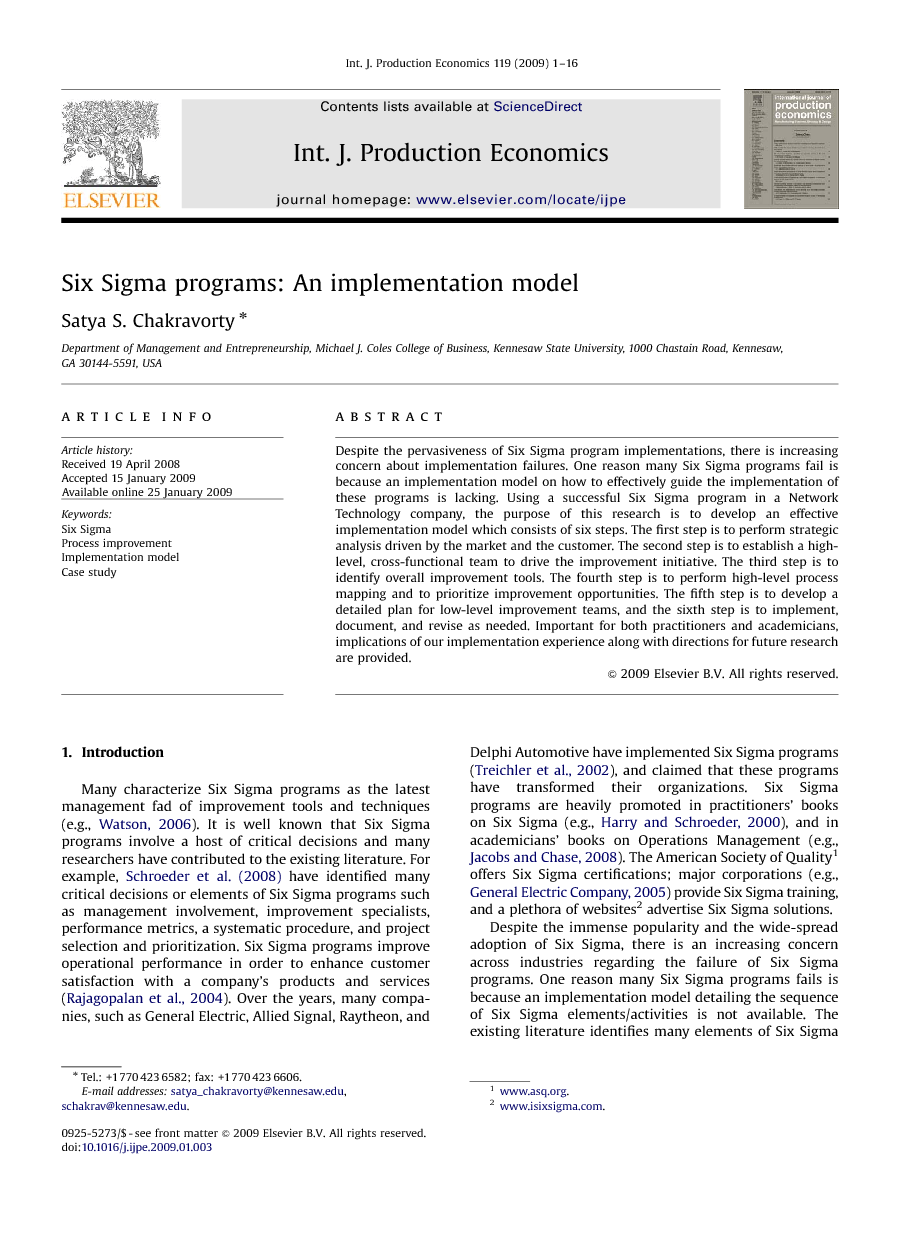 Using a successful Six Sigma program in a Network Technology company, the purpose of this research was to develop an implementation model which consists of six steps. The first step is to perform a strategic analysis which is customer/market driven. The second step is to establish a high-level, cross-functional team to drive the improvement initiative. The third step is to identify the overall improvement tools. The fourth step is to perform high-level process mapping and to prioritize improve- ment opportunities. These four steps are considered strategic decisions implying a top down approach where management was primarily involved in decision making. The fifth and sixth steps are to develop a detailed plan and form low-level improvement teams and to implement, document, and revise as needed. The last two steps are considered tactical decisions, implying a bottom up approach where engineers or technicians were primarily involved in decision making. In addition, important for both practitioners and academicians, several areas of future research are also discussed regarding the imple- mentation model. Lastly, this research provides a model to effectively guide the implementation of Six Sigma programs to reduce variation or waste from the operations. This is particularly relevant because today’s competitive environment demands that companies reduce variation (waste) to meet or exceed efficiency and responsi- veness requirements of customers. There is increasing pressure to pursue new ways of thinking as a source of competitive advantage. More research in this area is necessary to contribute to the science and practice ofimplementation of Six Sigma or any other process improvement model, to reduce waste and create value.