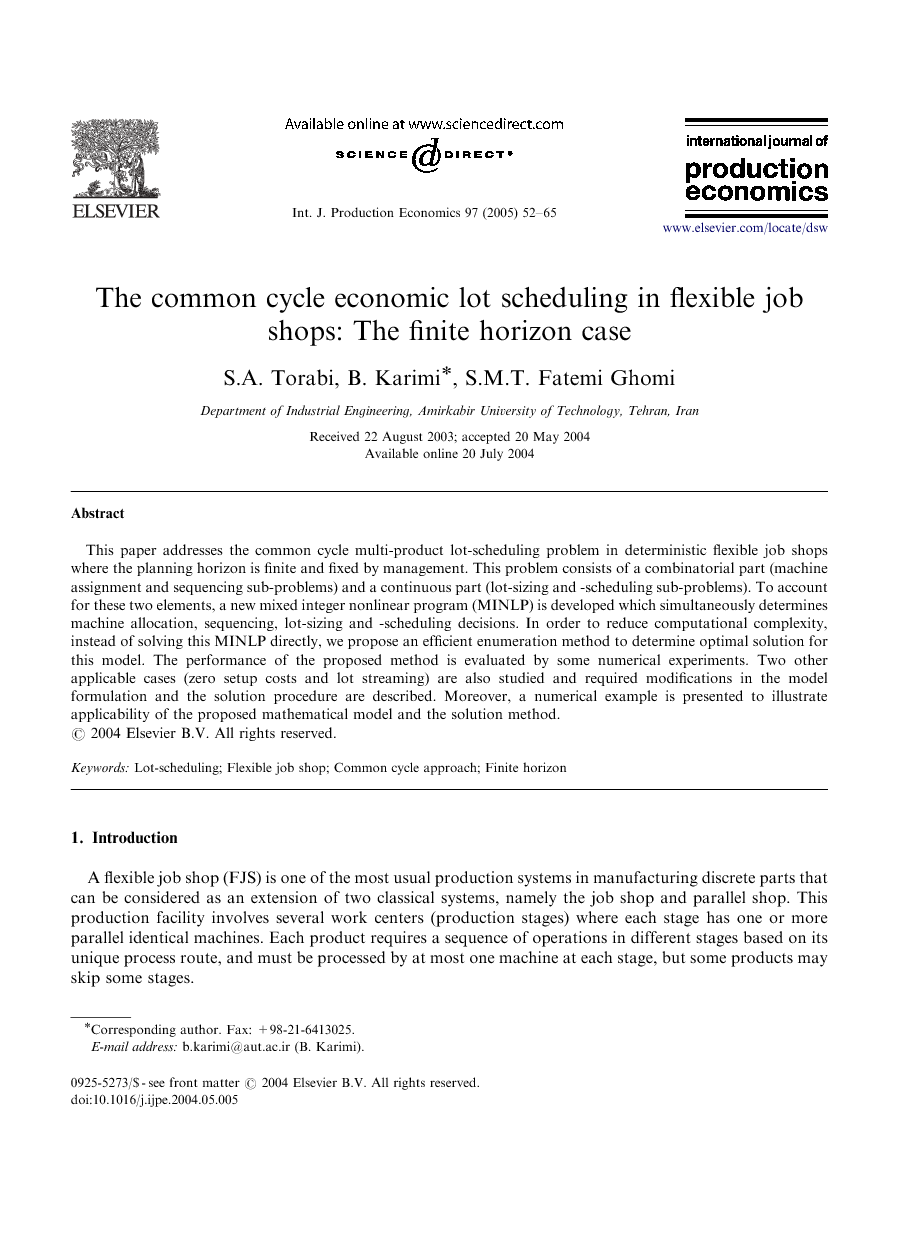 This paper addresses the common cycle multi-product lot-scheduling problem in deterministic flexible job shops where the planning horizon is finite and fixed by management. This problem consists of a combinatorial part (machine assignment and sequencing sub-problems) and a continuous part (lot-sizing and -scheduling sub-problems). To account for these two elements, a new mixed integer nonlinear program (MINLP) is developed which simultaneously determines machine allocation, sequencing, lot-sizing and -scheduling decisions. In order to reduce computational complexity, instead of solving this MINLP directly, we propose an efficient enumeration method to determine optimal solution for this model. The performance of the proposed method is evaluated by some numerical experiments. Two other applicable cases (zero setup costs and lot streaming) are also studied and required modifications in the model formulation and the solution procedure are described. Moreover, a numerical example is presented to illustrate applicability of the proposed mathematical model and the solution method.

In this paper, we have considered the common cycle approach to solve the economic lot-sizing and -scheduling problem in deterministic flexible job shops. First, we developed a new mixed zero-one nonlinear model to solve the problem to optimality. Then, to avoid solving this complex mixed nonlinear program directly, we have suggested an efficient enumeration method to determine an optimal solution. With some numerical experiments it is shown that the proposed solution method is suitable for small- and moderately medium-size problems. Two other applicable cases of Problem P (zero setup costs and lot streaming) are also presented and required modifications in the model formulation and the solution procedure for these cases are described. Moreover, through a numerical example, applicability of this formulation and its solution method is shown. However, applying the proposed solution method to determine optimal solution in medium- and large-size problems requires solving several large-scale mixed zero–one programs that need high computational efforts. Therefore, further research to develop efficient heuristic methods is on our research line. Moreover, there are other different directions for future studies. Among them, the following topics are recommended: • Modeling Problem P using the basic period (multi-cyclic) or time-varying lot size approaches, • Considering nonidentical parallel machines at each stage, • Allowing the backlogging.