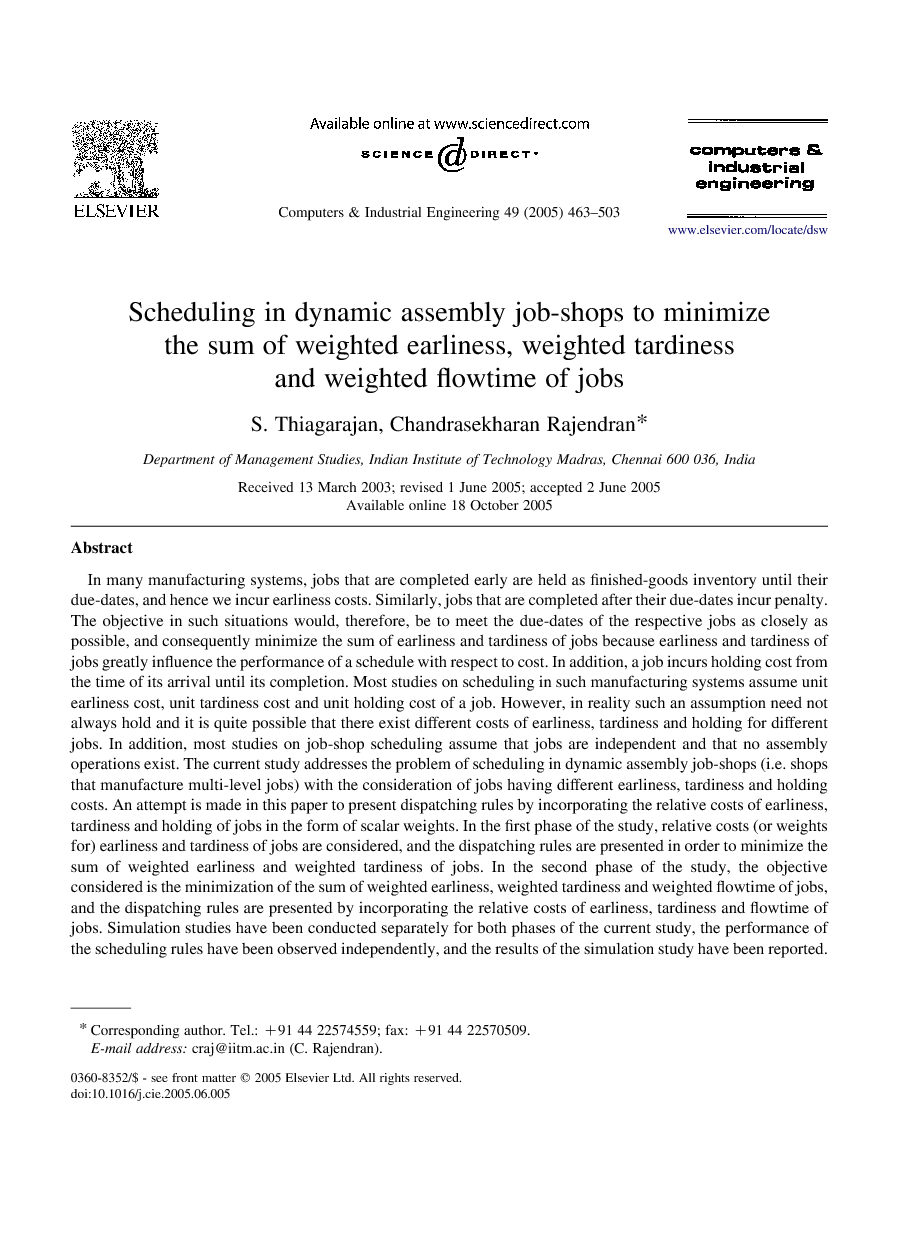 In many manufacturing systems, jobs that are completed early are held as finished-goods inventory until their due-dates, and hence we incur earliness costs. Similarly, jobs that are completed after their due-dates incur penalty. The objective in such situations would, therefore, be to meet the due-dates of the respective jobs as closely as possible, and consequently minimize the sum of earliness and tardiness of jobs because earliness and tardiness of jobs greatly influence the performance of a schedule with respect to cost. In addition, a job incurs holding cost from the time of its arrival until its completion. Most studies on scheduling in such manufacturing systems assume unit earliness cost, unit tardiness cost and unit holding cost of a job. However, in reality such an assumption need not always hold and it is quite possible that there exist different costs of earliness, tardiness and holding for different jobs. In addition, most studies on job-shop scheduling assume that jobs are independent and that no assembly operations exist. The current study addresses the problem of scheduling in dynamic assembly job-shops (i.e. shops that manufacture multi-level jobs) with the consideration of jobs having different earliness, tardiness and holding costs. An attempt is made in this paper to present dispatching rules by incorporating the relative costs of earliness, tardiness and holding of jobs in the form of scalar weights. In the first phase of the study, relative costs (or weights for) earliness and tardiness of jobs are considered, and the dispatching rules are presented in order to minimize the sum of weighted earliness and weighted tardiness of jobs. In the second phase of the study, the objective considered is the minimization of the sum of weighted earliness, weighted tardiness and weighted flowtime of jobs, and the dispatching rules are presented by incorporating the relative costs of earliness, tardiness and flowtime of jobs. Simulation studies have been conducted separately for both phases of the current study, the performance of the scheduling rules have been observed independently, and the results of the simulation study have been reported. The proposed rules are found to be effective in minimizing the mean and maximum values of the measures of performance.