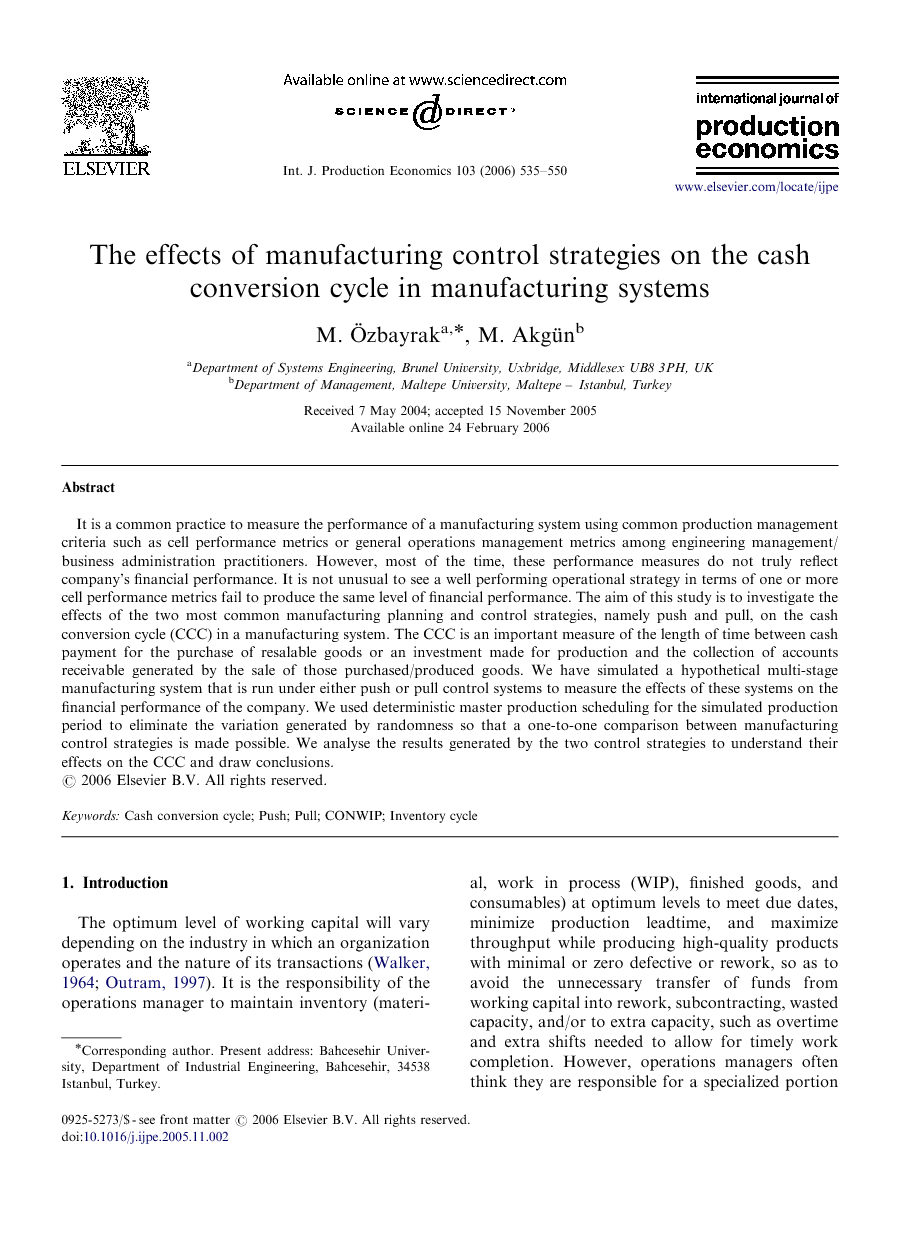 It is a common practice to measure the performance of a manufacturing system using common production management criteria such as cell performance metrics or general operations management metrics among engineering management/business administration practitioners. However, most of the time, these performance measures do not truly reflect company's financial performance. It is not unusual to see a well performing operational strategy in terms of one or more cell performance metrics fail to produce the same level of financial performance. The aim of this study is to investigate the effects of the two most common manufacturing planning and control strategies, namely push and pull, on the cash conversion cycle (CCC) in a manufacturing system. The CCC is an important measure of the length of time between cash payment for the purchase of resalable goods or an investment made for production and the collection of accounts receivable generated by the sale of those purchased/produced goods. We have simulated a hypothetical multi-stage manufacturing system that is run under either push or pull control systems to measure the effects of these systems on the financial performance of the company. We used deterministic master production scheduling for the simulated production period to eliminate the variation generated by randomness so that a one-to-one comparison between manufacturing control strategies is made possible. We analyse the results generated by the two control strategies to understand their effects on the CCC and draw conclusions.