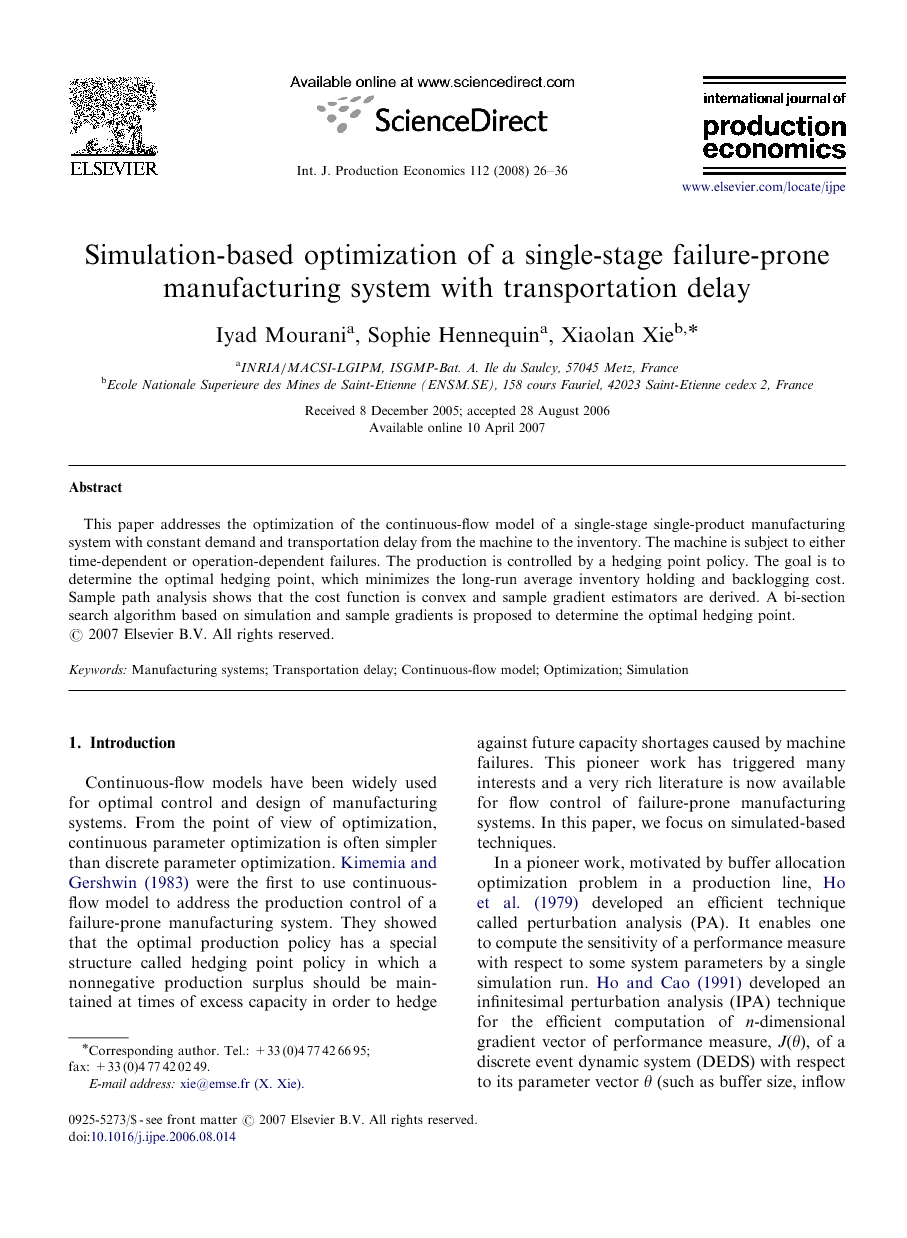 This paper addresses the optimization of the continuous-flow model of a single-stage single-product manufacturing system with constant demand and transportation delay from the machine to the inventory. The machine is subject to either time-dependent or operation-dependent failures. The production is controlled by a hedging point policy. The goal is to determine the optimal hedging point, which minimizes the long-run average inventory holding and backlogging cost. Sample path analysis shows that the cost function is convex and sample gradient estimators are derived. A bi-section search algorithm based on simulation and sample gradients is proposed to determine the optimal hedging point.