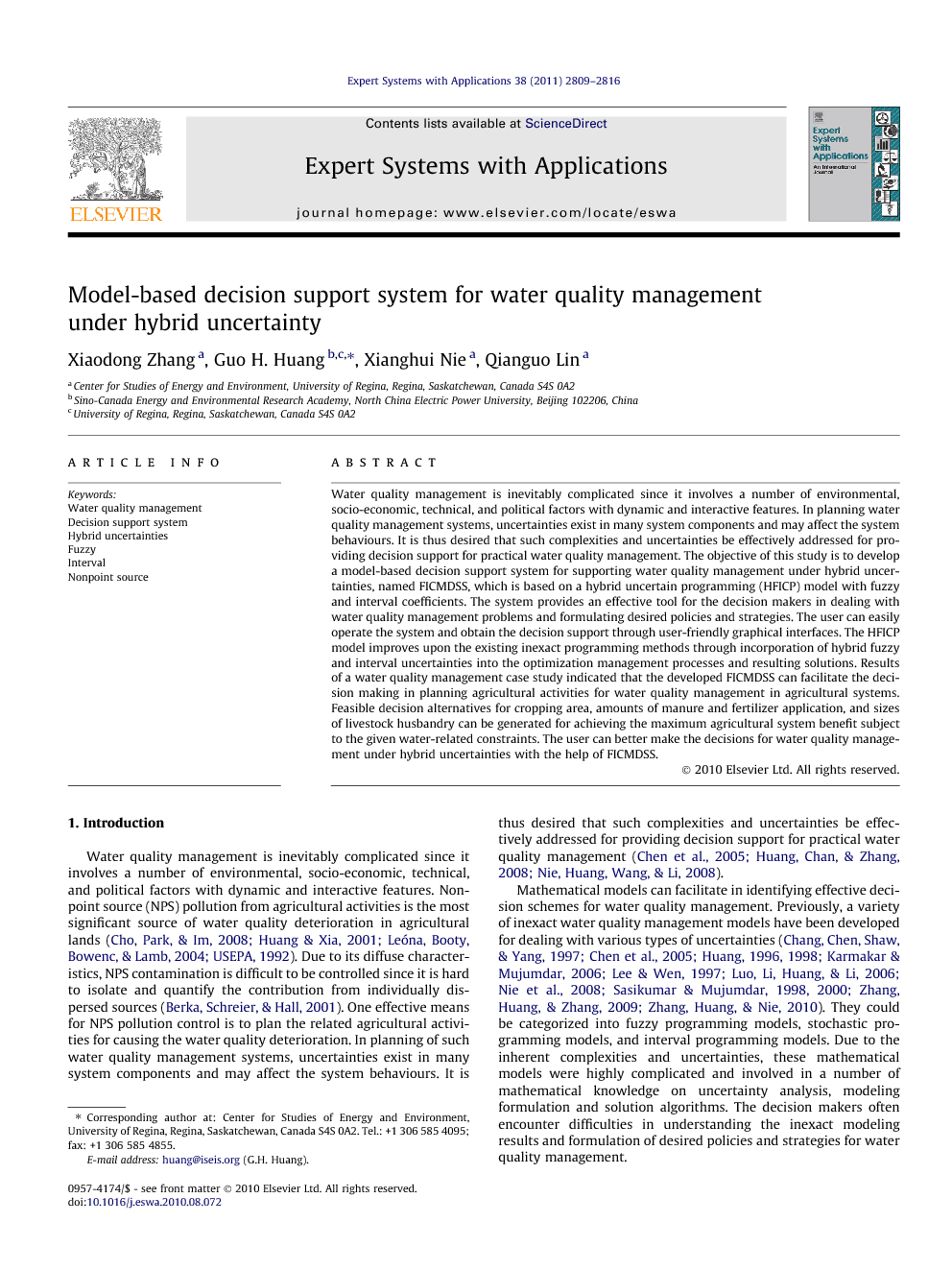 A model-based decision support system (FICMDSS) has been developed for supporting water quality management in agricultural systems, which is based on the hybrid uncertain programming (HFICP) model with fuzzy and interval coefficients. The system provides an effective tool for the decision makers in dealing with water quality management problems. The user can easily operate the system and obtain the decision support through menus and buttons which allow the selection of different functions via user-friendly graphical interfaces. The system can be used for tackling the uncertainties associated with the objective function expressed by interval numbers and the constraints expressed by fuzzy membership functions. In this system, the embedded HFICP model with an interval objective is converted into a bi-objective model by simultaneously maximizing the lower and upper bounds of the interval objective. The constraints with fuzzy coefficients are transformed into deterministic ones through a fuzzy robust programming method, which enhances the robustness of the optimization processes. The conversion enables the hybrid uncertainties to be directly communicated into the optimization processes and resulting solutions, so that effective decision alternatives can be generated. Results of the case study indicated that the developed FICMDSS can facilitate the decision making in planning agricultural activities for water quality management in agricultural systems. The user can freely select the output options for the modeling results obtained from the decision support system. Optimal decision alternatives can be displayed using graphical or tabular styles. The user can better make the decisions for water quality management under hybrid uncertainties with the help of FICMDSS.