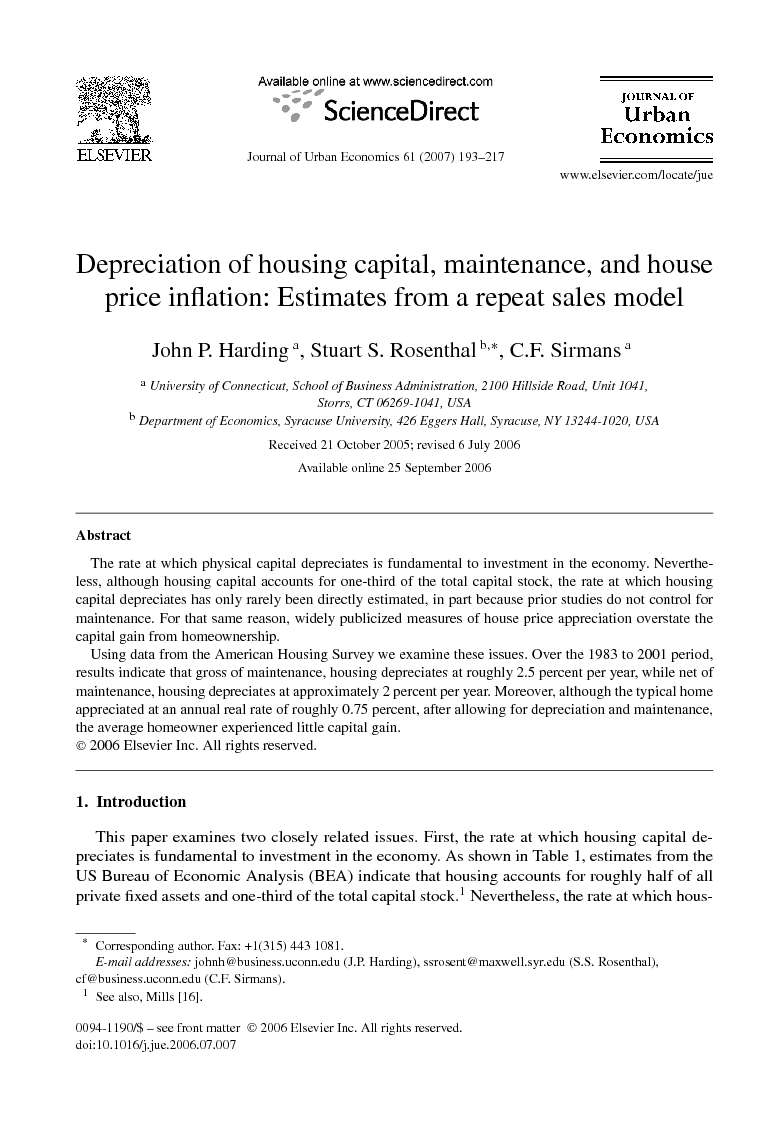 The rate at which physical capital depreciates is fundamental to investment in the economy. Nevertheless, although housing capital accounts for one-third of the total capital stock, the rate at which housing capital depreciates has only rarely been directly estimated, in part because prior studies do not control for maintenance. For that same reason, widely publicized measures of house price appreciation overstate the capital gain from homeownership. Using data from the American Housing Survey we examine these issues. Over the 1983 to 2001 period, results indicate that gross of maintenance, housing depreciates at roughly 2.5 percent per year, while net of maintenance, housing depreciates at approximately 2 percent per year. Moreover, although the typical home appreciated at an annual real rate of roughly 0.75 percent, after allowing for depreciation and maintenance, the average homeowner experienced little capital gain.