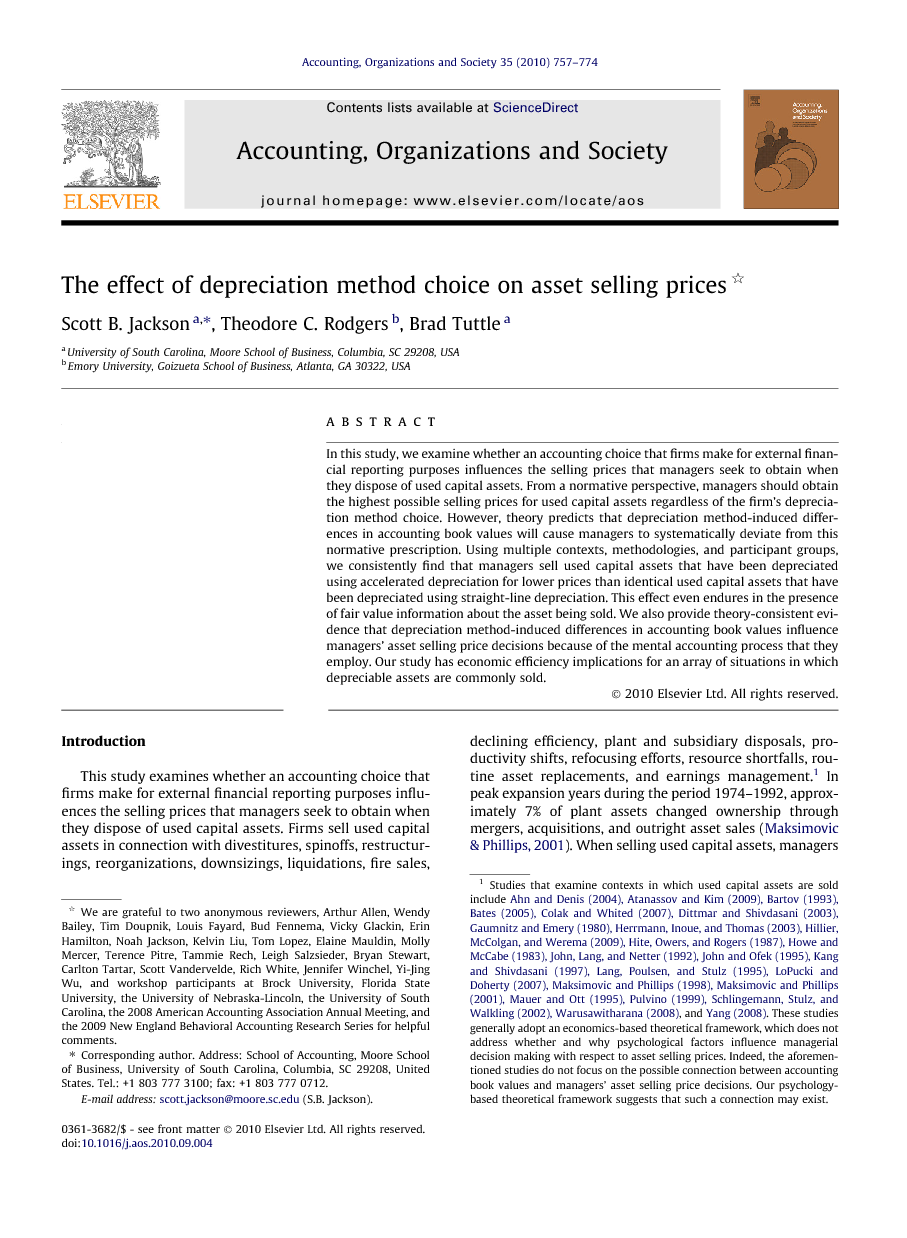 In this study, we examine whether an accounting choice that firms make for external financial reporting purposes influences the selling prices that managers seek to obtain when they dispose of used capital assets. From a normative perspective, managers should obtain the highest possible selling prices for used capital assets regardless of the firm’s depreciation method choice. However, theory predicts that depreciation method-induced differences in accounting book values will cause managers to systematically deviate from this normative prescription. Using multiple contexts, methodologies, and participant groups, we consistently find that managers sell used capital assets that have been depreciated using accelerated depreciation for lower prices than identical used capital assets that have been depreciated using straight-line depreciation. This effect even endures in the presence of fair value information about the asset being sold. We also provide theory-consistent evidence that depreciation method-induced differences in accounting book values influence managers’ asset selling price decisions because of the mental accounting process that they employ. Our study has economic efficiency implications for an array of situations in which depreciable assets are commonly sold.