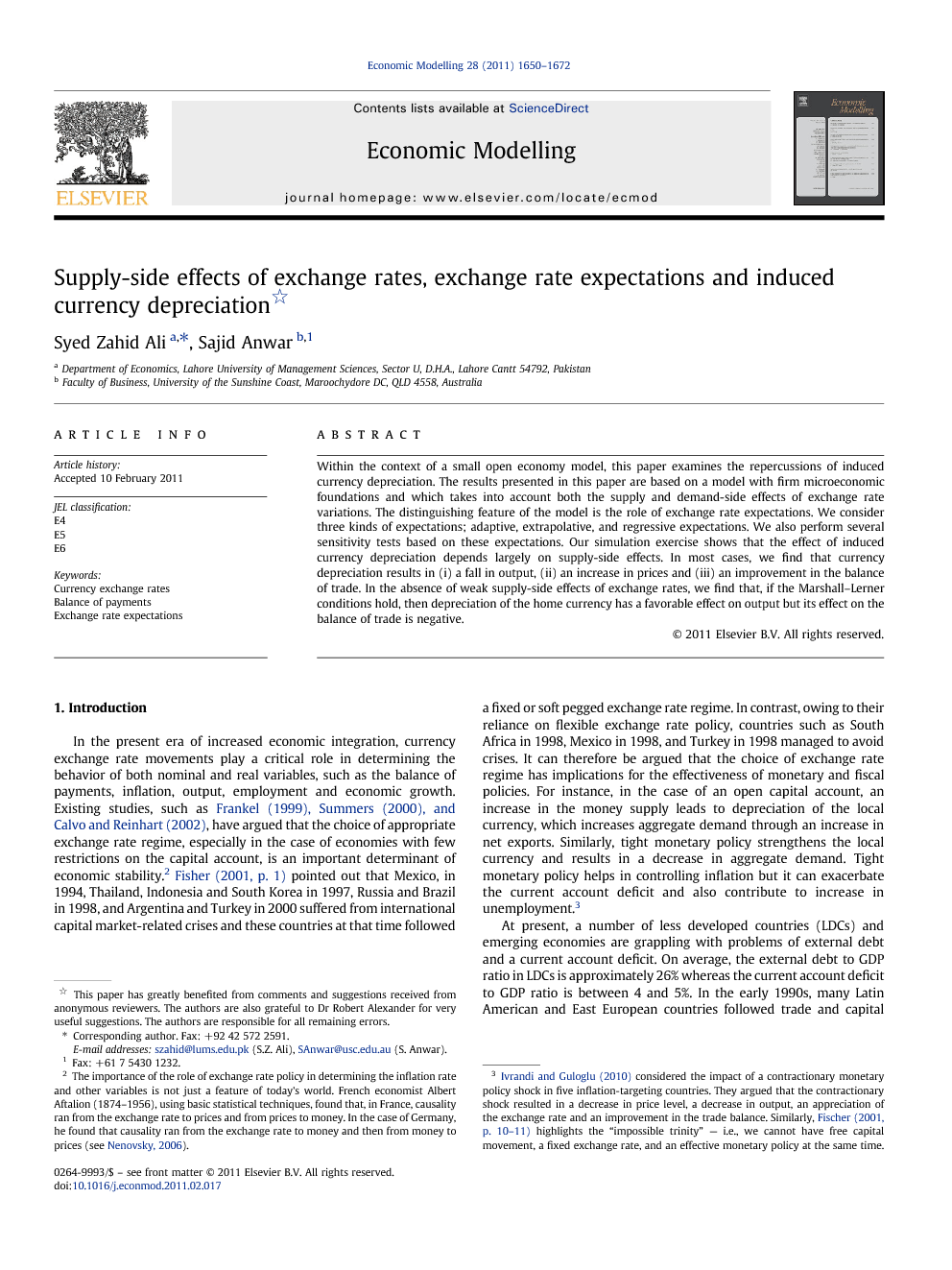 Within the context of a small open economy model, this paper examines the repercussions of induced currency depreciation. The results presented in this paper are based on a model with firm microeconomic foundations and which takes into account both the supply and demand-side effects of exchange rate variations. The distinguishing feature of the model is the role of exchange rate expectations. We consider three kinds of expectations; adaptive, extrapolative, and regressive expectations. We also perform several sensitivity tests based on these expectations. Our simulation exercise shows that the effect of induced currency depreciation depends largely on supply-side effects. In most cases, we find that currency depreciation results in (i) a fall in output, (ii) an increase in prices and (iii) an improvement in the balance of trade. In the absence of weak supply-side effects of exchange rates, we find that, if the Marshall–Lerner conditions hold, then depreciation of the home currency has a favorable effect on output but its effect on the balance of trade is negative.