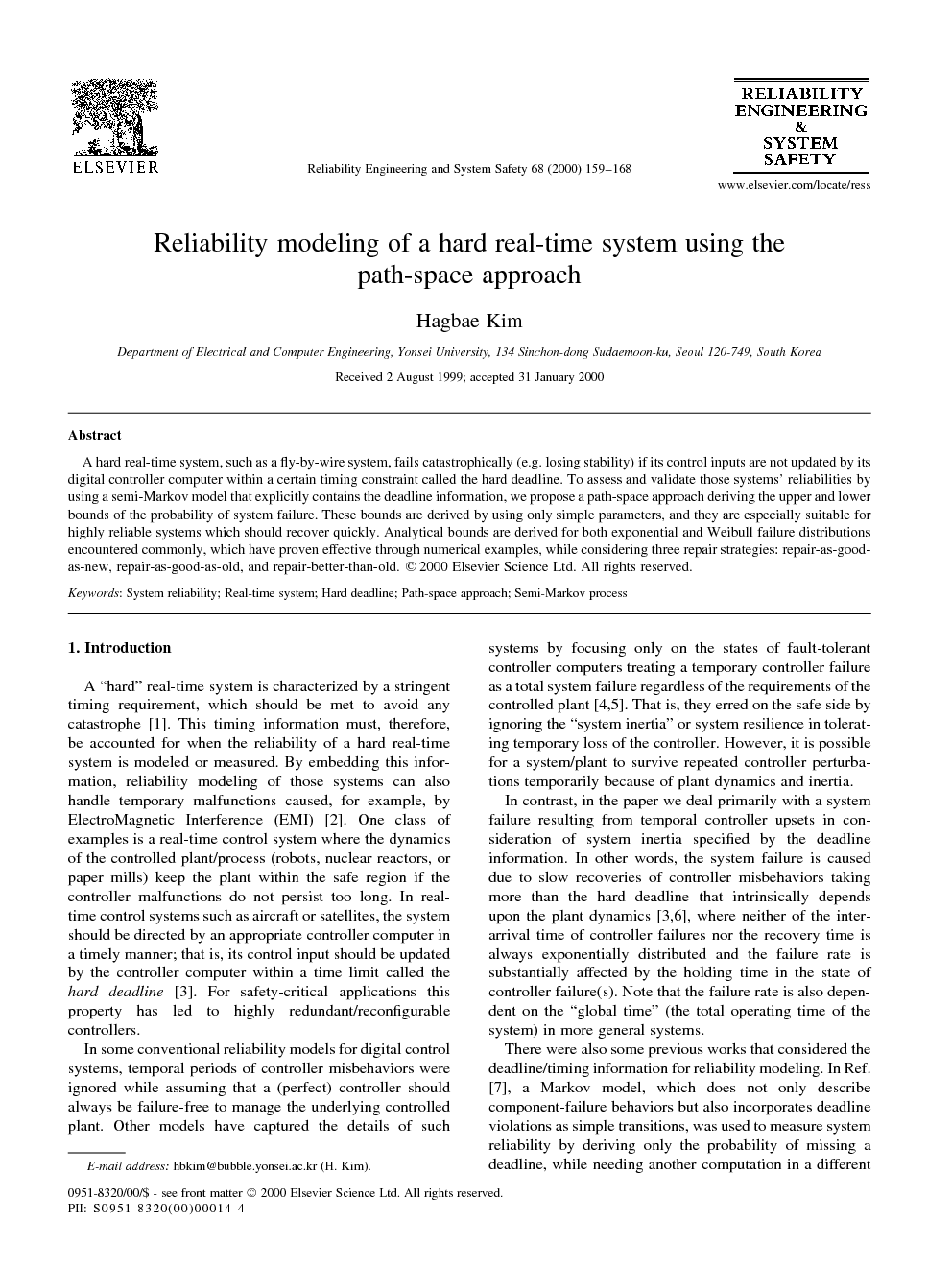 A hard real-time system, such as a fly-by-wire system, fails catastrophically (e.g. losing stability) if its control inputs are not updated by its digital controller computer within a certain timing constraint called the hard deadline. To assess and validate those systems’ reliabilities by using a semi-Markov model that explicitly contains the deadline information, we propose a path-space approach deriving the upper and lower bounds of the probability of system failure. These bounds are derived by using only simple parameters, and they are especially suitable for highly reliable systems which should recover quickly. Analytical bounds are derived for both exponential and Weibull failure distributions encountered commonly, which have proven effective through numerical examples, while considering three repair strategies: repair-as-good-as-new, repair-as-good-as-old, and repair-better-than-old.

The paper proposed a path-space approach to the problem of modeling the reliability of a hard real-time system embedded with the deadline information. The path-space approach in combination with the repetitive nature of the semi-Markov model yields convenient formulas and straightforward computational techniques. The main results are the upper and lower bounds for the probability of a system failure that use only simple parameters dealing with complicated models through a simple canonical form for analyses. An important feature of the path-space approach is that it can be extended to handle global-time dependent failure distributions, which are beyond the reach of semi-Markov models and the associated Chapman–Kolmogorov equations. We considered a spectrum of repair strategies: repair-as-good-as-new, repair-as-good-as-old, and the general repair-better-than-old, where both deterministic and random hard deadlines are considered as well. A variety of field examples are presented to demonstrate the effectiveness of the path-space approach and the derivation procedure. Because of the reliance on only simple parameters and the ease of reducing semi-Markov models, this approach is suitable for complex models involving timing information such as the hard deadlines.