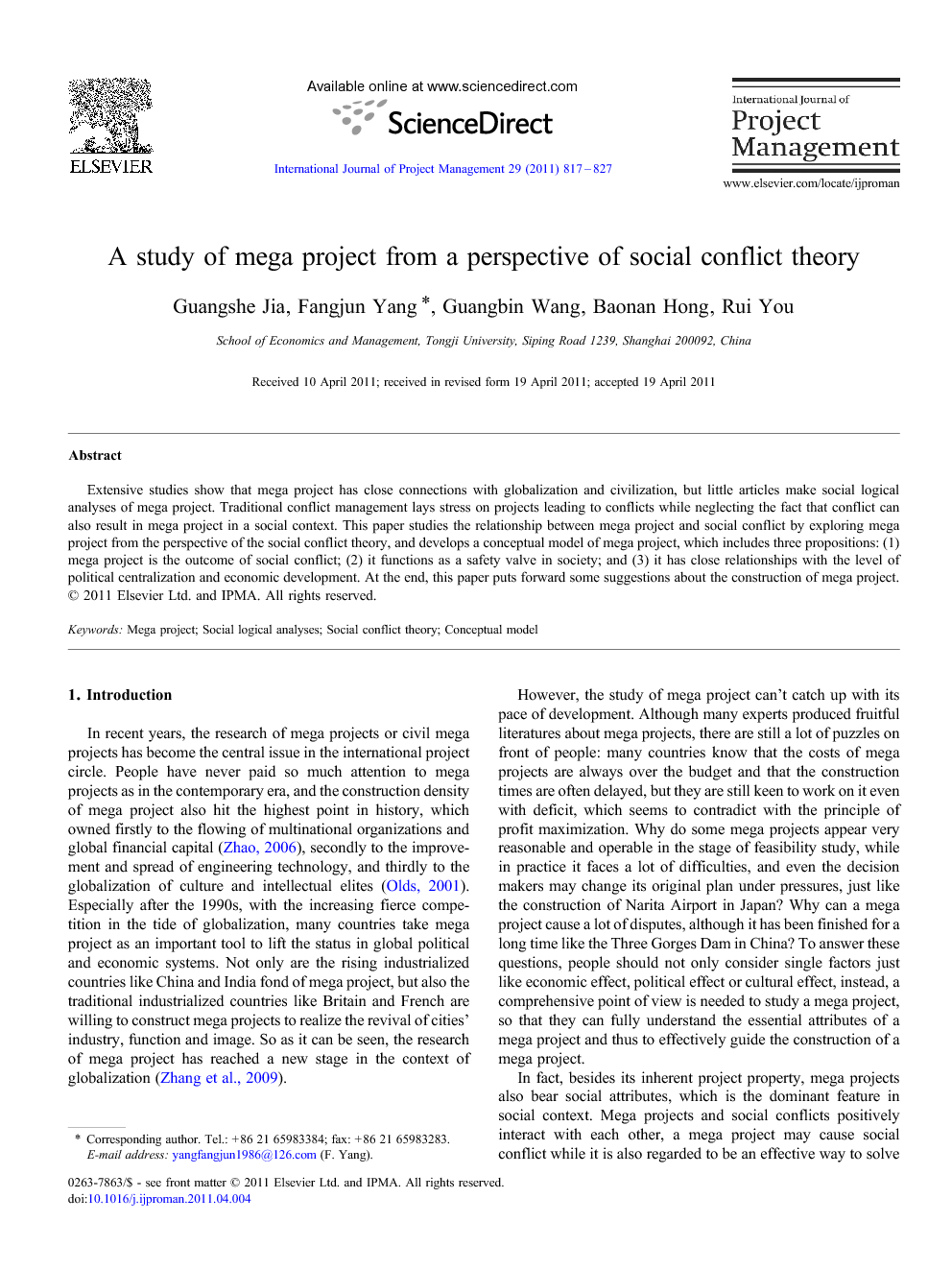 Mega project has been the hot pursuit of many cities and areas with its glorious appearance and versatility. As thereare flowing of global finances, technologies and talents, more and more mega projects are being constructed around the world, and this trend will definitely keep for a long time. At this background, the researches of mega projects also become more and more popular. Some scholars study the micro factors like technologies and investments, more experts connect mega projects to society, economics and environment and other macro factors. Once being put at the background of the entire society, the range of study for mega projects is vigorously widened, and maybe that's the reason why there are various studies of mega projects. This article takes the advantage of sociology to discuss mega projects from the perspective of the conflict theory, proposes a conceptual model of a mega project and gives 3 propositions: (1) a mega project is the outcome of social conflict; (2) it functions as a safety valve in society; (3) it has close relationships with the level of political centralization and economic development. Based on the analyses and the model, this article gives 3 suggestions on the construction of a mega project: (1) consider the “second important factor” before the construction of the mega project; (2) the decision making, construction and maintenance of mega project should be considered from the perspective of life circle; (3) the construction of mega project can be summed up and improved with the discipline of failure science. The purpose of this article is to help people have a more comprehensive knowledge of mega projects, and take notice of the future constructions of mega projects. There also exist some limitations in this paper. The paper uses a method of generalization and induction, lacking quantitative analysis. The conclusions in two tables are subjective without enough persuasive arguments. The concept model of mega project is abstract and can't be used into practice. Other problems existing in this paper also need improved. Sociology is an interesting discipline, and using it to explore project can gain useful conclusion. In the future, more works can be done around the model this paper proposed, including clarifying which kind of social conflict can lead to a mega project, with which mechanism mega projects and social conflicts interact with each other, etc.