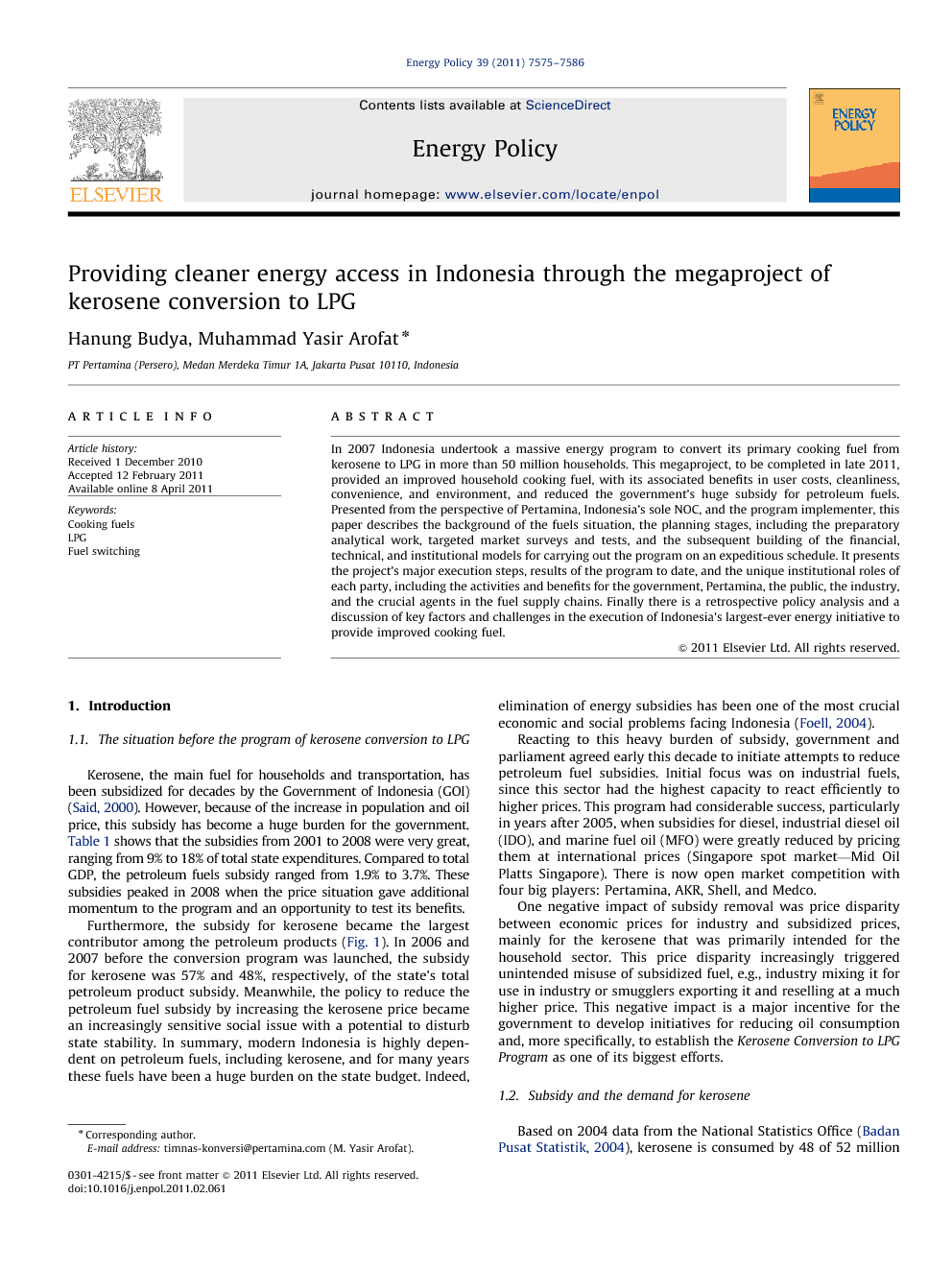 In 2007 Indonesia undertook a massive energy program to convert its primary cooking fuel from kerosene to LPG in more than 50 million households. This megaproject, to be completed in late 2011, provided an improved household cooking fuel, with its associated benefits in user costs, cleanliness, convenience, and environment, and reduced the government's huge subsidy for petroleum fuels. Presented from the perspective of Pertamina, Indonesia's sole NOC, and the program implementer, this paper describes the background of the fuels situation, the planning stages, including the preparatory analytical work, targeted market surveys and tests, and the subsequent building of the financial, technical, and institutional models for carrying out the program on an expeditious schedule. It presents the project's major execution steps, results of the program to date, and the unique institutional roles of each party, including the activities and benefits for the government, Pertamina, the public, the industry, and the crucial agents in the fuel supply chains. Finally there is a retrospective policy analysis and a discussion of key factors and challenges in the execution of Indonesia's largest-ever energy initiative to provide improved cooking fuel.

With an urgent need to reduce subsidy, GOI launched this program quickly. In terms of investment capital, the project was not extraordinarily large, but was of extremely large scale throughout the entire country and socially very risky. The strong role of prominent leaders in central government, supported by relevant ministries, is a key factor in this program's success. One important indicator is the financial return even before program completion. Capital investment of USD 1.15 billion yielded a subsidy saving of USD 2.94 billion within the same year. (2) The program is run using a business model executed by a business entity deemed capable of executing it. Indonesia has an advantage with a sole NOC as “the leverage arm” of the Government. It used this leverage in an attempt to maximize the role of private institutions, particularly those already participating in the previous commercial system and those effective in gaining societal support. The short lead-time and program speed had a negative impact on development of needed capacities, and this should be improved in the future. (3) Using a strong social approach, all phases of the implementation model can be replicated quickly and efficiently in other conversion areas throughout the country. This ranges from coordination with local governments to withdrawal of the existing fuel. Rapid program execution requires post-program socialization to increase societal awareness. (4) The program was beneficial to a wide range of parties, including government, national industries, and end users. However, it required extra efforts to convert the distribution chain, and it increased the market risk of competition.