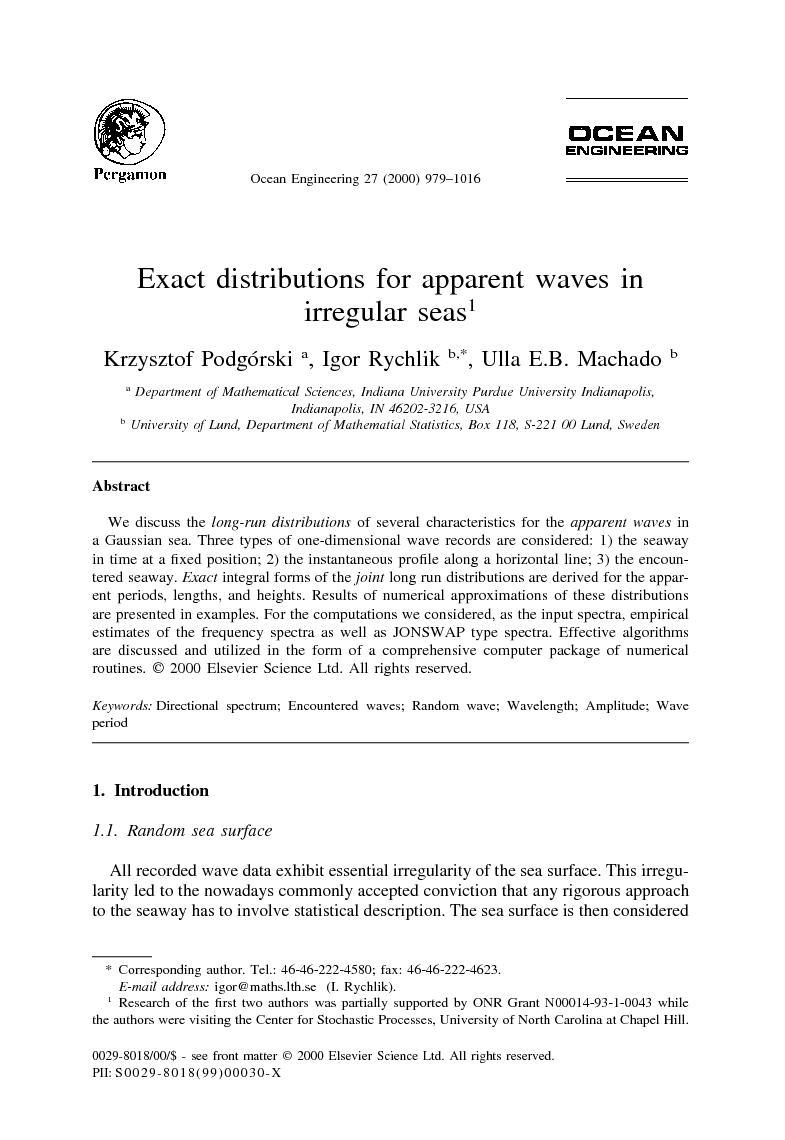 We discuss the long-run distributions of several characteristics for the apparent waves in a Gaussian sea. Three types of one-dimensional wave records are considered: 1) the seaway in time at a fixed position; 2) the instantaneous profile along a horizontal line; 3) the encountered seaway. Exact integral forms of the joint long run distributions are derived for the apparent periods, lengths, and heights. Results of numerical approximations of these distributions are presented in examples. For the computations we considered, as the input spectra, empirical estimates of the frequency spectra as well as JONSWAP type spectra. Effective algorithms are discussed and utilized in the form of a comprehensive computer package of numerical routines.