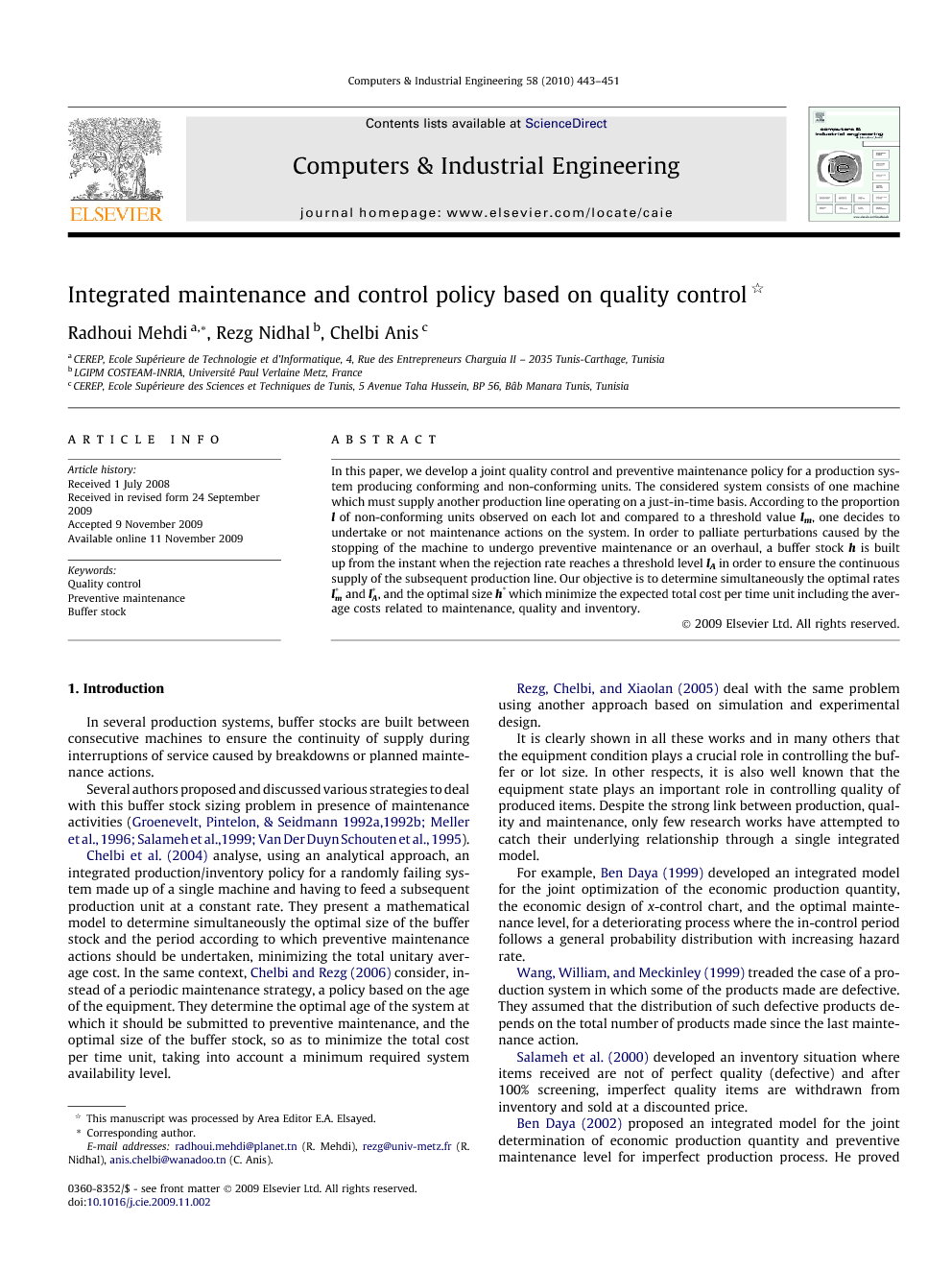 In this paper, we develop a joint quality control and preventive maintenance policy for a production system producing conforming and non-conforming units. The considered system consists of one machine which must supply another production line operating on a just-in-time basis. According to the proportion l of non-conforming units observed on each lot and compared to a threshold value lm, one decides to undertake or not maintenance actions on the system. In order to palliate perturbations caused by the stopping of the machine to undergo preventive maintenance or an overhaul, a buffer stock h is built up from the instant when the rejection rate reaches a threshold level lA in order to ensure the continuous supply of the subsequent production line. Our objective is to determine simultaneously the optimal rates View the MathML sourcelm∗ and View the MathML sourcelA∗, and the optimal size h∗ which minimize the expected total cost per time unit including the average costs related to maintenance, quality and inventory.

This paper presented a joint strategy of quality control and preventive maintenance for an imperfect production process producing conforming and non-conforming items. The produced items are periodically submitted to a quality control during which the rate of non-conforming units is determined. Three decision variables characterise the proposed strategy: the rate, lm, of non-conforming units on the basis of which maintenance actions (preventive or overhaul) should be performed, the size, h, of the buffer stock to be built in order to palliate perturbations caused by stopping production and performing maintenance actions whose durations are random, and lA representing the threshold level of the rejection rate indicating the moment of construction of the buffer stock in order to minimize the holding period and thereafter the corresponding holding cost. A mathematical model and a numerical procedure have been developed to find the optimal strategy (h∗, View the MathML sourcelm∗,lA∗) which minimizes the total average unitary cost which includes quality, maintenance and inventory costs.