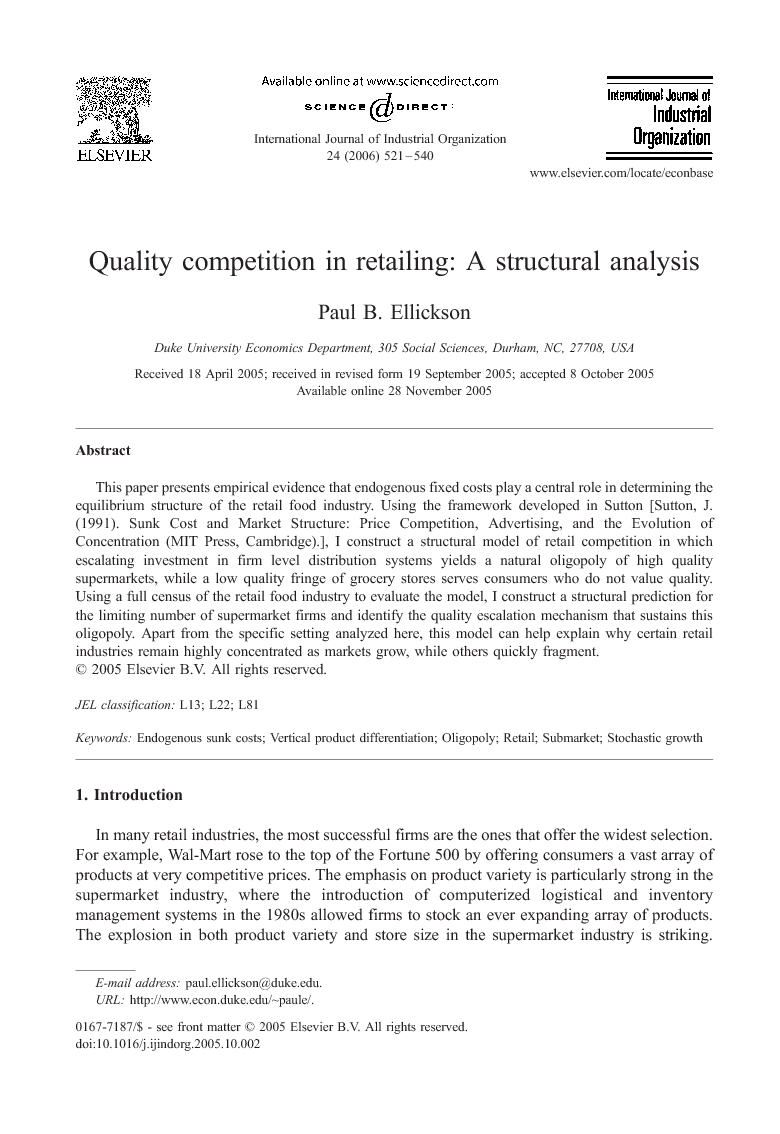 This paper presents empirical evidence that endogenous fixed costs play a central role in determining the equilibrium structure of the retail food industry. Using the framework developed in Sutton [Sutton, J. (1991). Sunk Cost and Market Structure: Price Competition, Advertising, and the Evolution of Concentration (MIT Press, Cambridge).], I construct a structural model of retail competition in which escalating investment in firm level distribution systems yields a natural oligopoly of high quality supermarkets, while a low quality fringe of grocery stores serves consumers who do not value quality. Using a full census of the retail food industry to evaluate the model, I construct a structural prediction for the limiting number of supermarket firms and identify the quality escalation mechanism that sustains this oligopoly. Apart from the specific setting analyzed here, this model can help explain why certain retail industries remain highly concentrated as markets grow, while others quickly fragment.

Traditional models of retailing have focused on horizontal differentiation, a natural choice given the importance of spatial location as a determinant of where one shops. This paper stresses the role of vertical differentiation. Obviously, supermarkets and grocery stores are differentiated both horizontally and vertically. However, as this paper has demonstrated, it is the vertical dimension that is key to understanding why this industry is dominated at the regional level by a natural oligopoly, a set of firms that invest heavily in logistics and distribution to offer a much wider variety of products in larger stores at lower prices than do grocery stores. These features seem common to many forms of retailing.