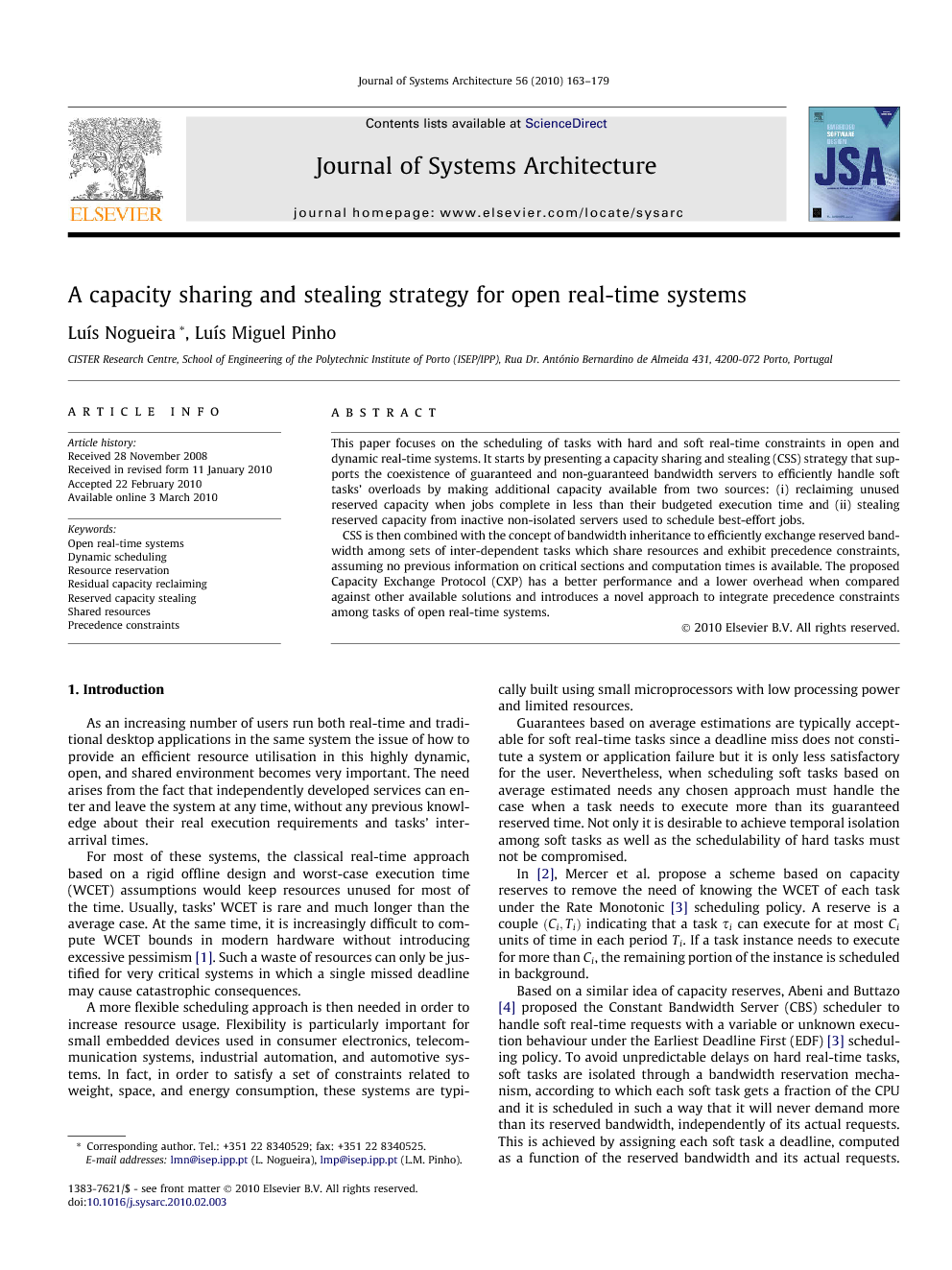 This paper focuses on the scheduling of tasks with hard and soft real-time constraints in open and dynamic real-time systems. It starts by presenting a capacity sharing and stealing (CSS) strategy that supports the coexistence of guaranteed and non-guaranteed bandwidth servers to efficiently handle soft tasks’ overloads by making additional capacity available from two sources: (i) reclaiming unused reserved capacity when jobs complete in less than their budgeted execution time and (ii) stealing reserved capacity from inactive non-isolated servers used to schedule best-effort jobs. CSS is then combined with the concept of bandwidth inheritance to efficiently exchange reserved bandwidth among sets of inter-dependent tasks which share resources and exhibit precedence constraints, assuming no previous information on critical sections and computation times is available. The proposed Capacity Exchange Protocol (CXP) has a better performance and a lower overhead when compared against other available solutions and introduces a novel approach to integrate precedence constraints among tasks of open real-time systems.

This paper integrates and extends recent advances in dynamic deadline scheduling with resource reservation. Namely, while achieving isolation among tasks, the proposed Capacity Sharing and Stealing (CSS) approach can efficiently reclaim residual capacities originated by earlier completions and steal reserved unused capacities from inactive non-isolated servers, effectively reducing the mean tardiness of soft real-time tasks. CSS is then combined with the concept of bandwidth inheritance to tackle the challenging problem of how to schedule tasks that share resources and exhibit precedence constraints without any previous knowledge of how many services will need to be concurrently executed neither which resources will be accessed and by how long they will be held. Rather than trying to account borrowed capacities and exchanging them later in the exact same amount, the proposed Capacity Exchange Protocol (CXP) focus on greedily exchanging extra capacities as early, and not necessarily as fairly, as possible and introduces a novel approach to integrate precedence constraints into the task model. The achieved results clearly justify the use of a capacity exchange mechanism that reclaims as much capacity as possible and does not restrict itself to exchange capacities only within a resource sharing group. It is proven that CXP achieves a better system’s performance when compared against other available solutions and has a lower overhead.