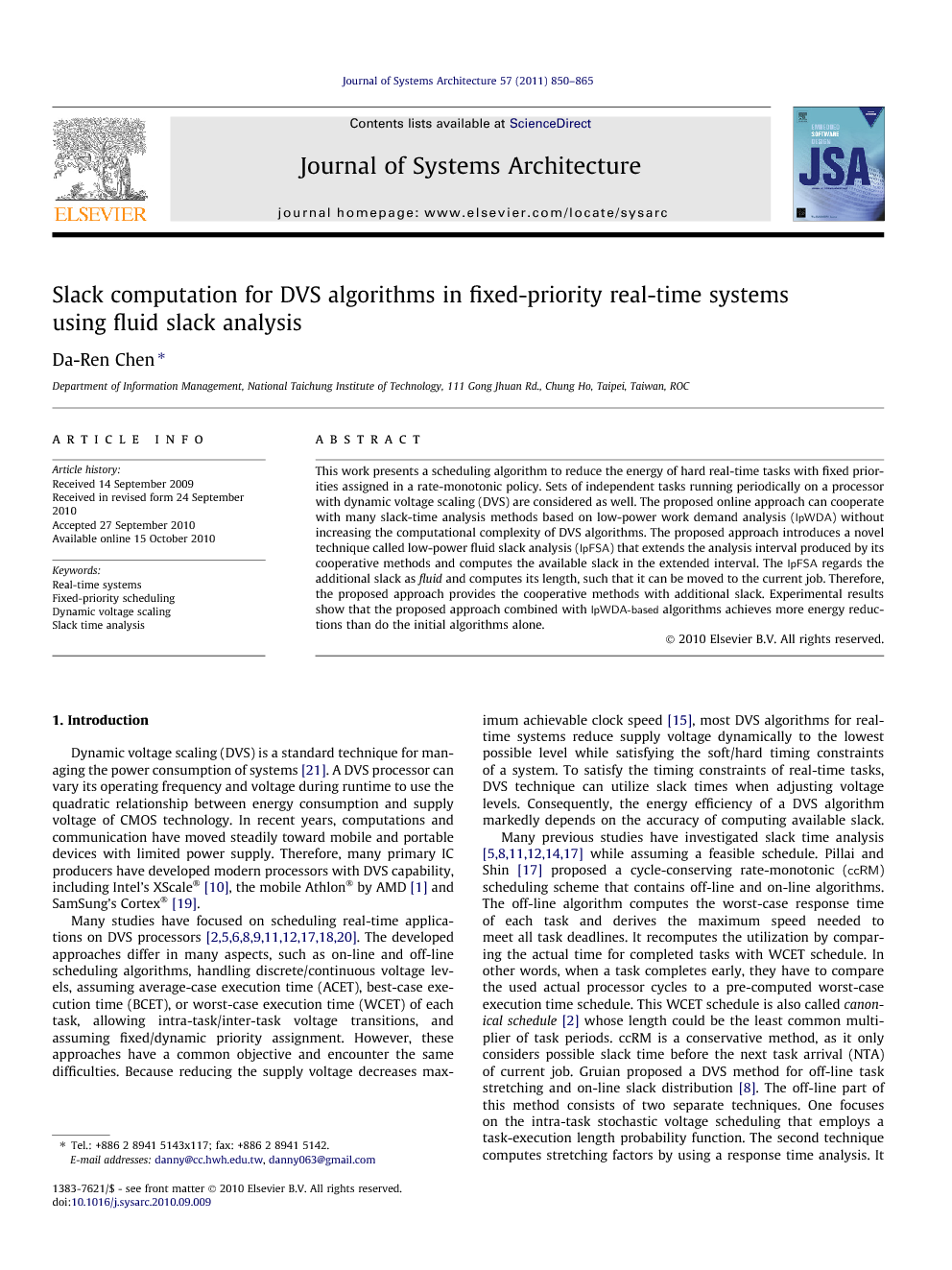 This work presents a scheduling algorithm to reduce the energy of hard real-time tasks with fixed priorities assigned in a rate-monotonic policy. Sets of independent tasks running periodically on a processor with dynamic voltage scaling (DVS) are considered as well. The proposed online approach can cooperate with many slack-time analysis methods based on low-power work demand analysis (lpWDA) without increasing the computational complexity of DVS algorithms. The proposed approach introduces a novel technique called low-power fluid slack analysis (lpFSA) that extends the analysis interval produced by its cooperative methods and computes the available slack in the extended interval. The lpFSA regards the additional slack as fluid and computes its length, such that it can be moved to the current job. Therefore, the proposed approach provides the cooperative methods with additional slack. Experimental results show that the proposed approach combined with lpWDA-based algorithms achieves more energy reductions than do the initial algorithms alone.

In this paper, we proposed a novel on-line slack estimation algorithm based on the concept of fluid slack analysis called lpFSA. This method is the first in its class that many existing RM DVS methods can serve as a host algorithm. lpFSA cooperating with host algorithms can further decrease energy consumption without increasing time complexities. Experimental results indicate that lpFSA can reduce overall energy consumption by up to 25% when compared with that of the initial schemes. Several directions will prove worthy for future work. Although this work focused on RM scheduling, the proposed fluid slack analysis can be applied to other scheduling policies such as earliest-deadline first (EDF) and EDF* [2]. Additionally, the existence of STO in the lpFSA hampers the transmission of slack in an analysis interval. Future work will try to prevent the STOs by relaxing job release times, thereby increasing available slack. Finally, the off-line slack-stretching technique proposed by Gruian [8] benefits the slack prediction of lpFSA. The future work will also decrease computational complexity of this technique and combine it with lpFSA.