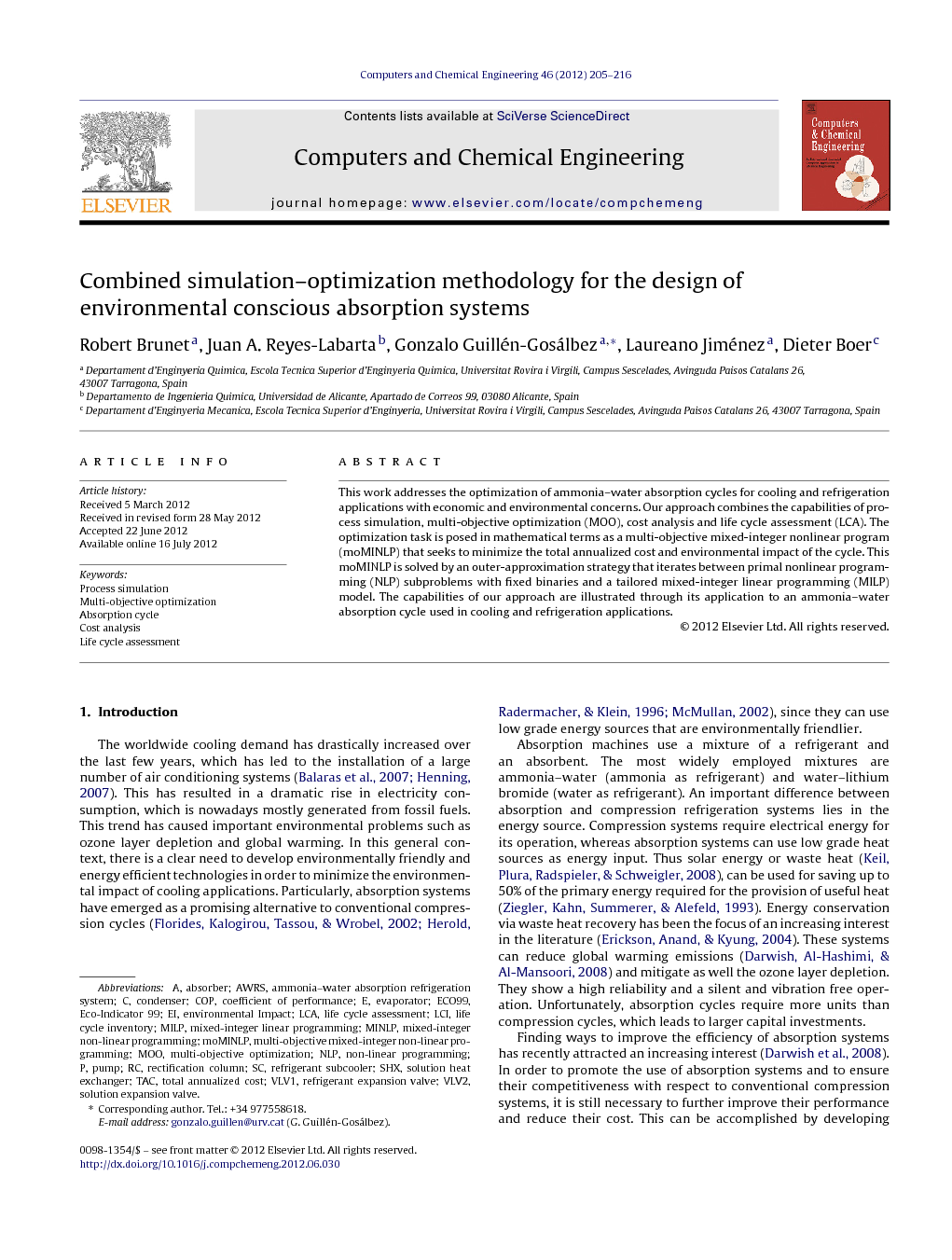 This work addresses the optimization of ammonia–water absorption cycles for cooling and refrigeration applications with economic and environmental concerns. Our approach combines the capabilities of process simulation, multi-objective optimization (MOO), cost analysis and life cycle assessment (LCA). The optimization task is posed in mathematical terms as a multi-objective mixed-integer nonlinear program (moMINLP) that seeks to minimize the total annualized cost and environmental impact of the cycle. This moMINLP is solved by an outer-approximation strategy that iterates between primal nonlinear programming (NLP) subproblems with fixed binaries and a tailored mixed-integer linear programming (MILP) model. The capabilities of our approach are illustrated through its application to an ammonia–water absorption cycle used in cooling and refrigeration applications.

This work has introduced a systematic method to assist decision makers in the design of environmentally conscious ammonia–water absorption machines for cooling and refrigeration applications. The approach presented shows three main advantages compared to other methods available in the literature: (1) it uses detailed process models implemented in a process simulator that are optimized with an external solver, (2) it applies rigorous deterministic mathematical programming techniques that ensure the (at least local) optimality of the solutions found, and (3) it quantifies the environmental impact of the system over its entire life cycle by applying LCA principles. A rigorous solution approach has been presented that decomposes the model into two hierarchical levels between which the algorithm iterates. The capabilities of this method have been tested in an ammonia–water absorption machine at cooling and refrigeration conditions. Numerical results demonstrate that it is possible to significantly improve the environmental performance of thermodynamic cycles by compromising the cost to a certain extent. This is accomplished by properly adjusting the operating conditions and equipment sizes of all their units.